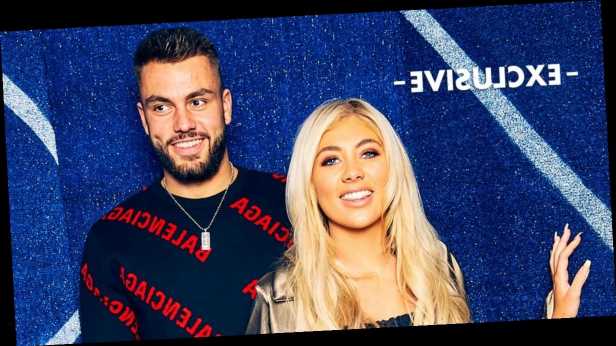 Paige Turley has opened up on her relationship with Finn Tapp and how she managed to break down her walls to let him in.

The 22 year old singer and former semi-professional footballer, 21, met on the very first winter series of Love Island back in 2020, where they instantly hit it off.

However, Paige, who recently celebrated their one year anniversary together, admitted she was quite "private" on the programme and it took some time for her warm to the idea of them being a solid unit.

During an exclusive chat with OK! Online about her upcoming virtual music event, the reality star explained: "Finn and I ask ourselves [what the turning point was] all the time.

"I'm not really sure to be fair, I can't really remember a point where I was like, where something's definitely happened, and I was like, 'Oh…'," she said.

Paige continued: "I think it was about getting more comfortable with Finn and finding out who he was as a person. Because obviously you're putting your trust into these people…

The pair, who have learned "all the good and bad parts of each other" amid the pandemic, have come a long way since the day they first laid eyes on each other as they live together in a beautiful Manchester flat and already have plans to buy their first home.

What they most look forward to now is getting to know each other outside of life in lockdown as Paige said: "I think we're going to start our relationship afresh because we've just kind of been sitting in the house for like a year.

"So we're excited to have family and stuff.

"Our families have not actually been able to get together so I think we're really looking forward to that when things are open.

"They got along so well. My mum and dad text Finn's mum and dad so they get on really well."

TV personality Paige has lots of interesting projects lined up for when restrictions are lifted, but before then she'll be hosting a virtual music event on Sunday 11 April where a special Brit nominated guest will come on to join her.

The star will perform with a live band before answering some of her fans' burning questions about her, which she suspects will be anything from having children with Finn to when they can expect new music from her.

Stream an audience with Paige Turley hosted by Will Manning this Sunday 11th April 9-10pm. Tickets are available now via the Beatstream box office.