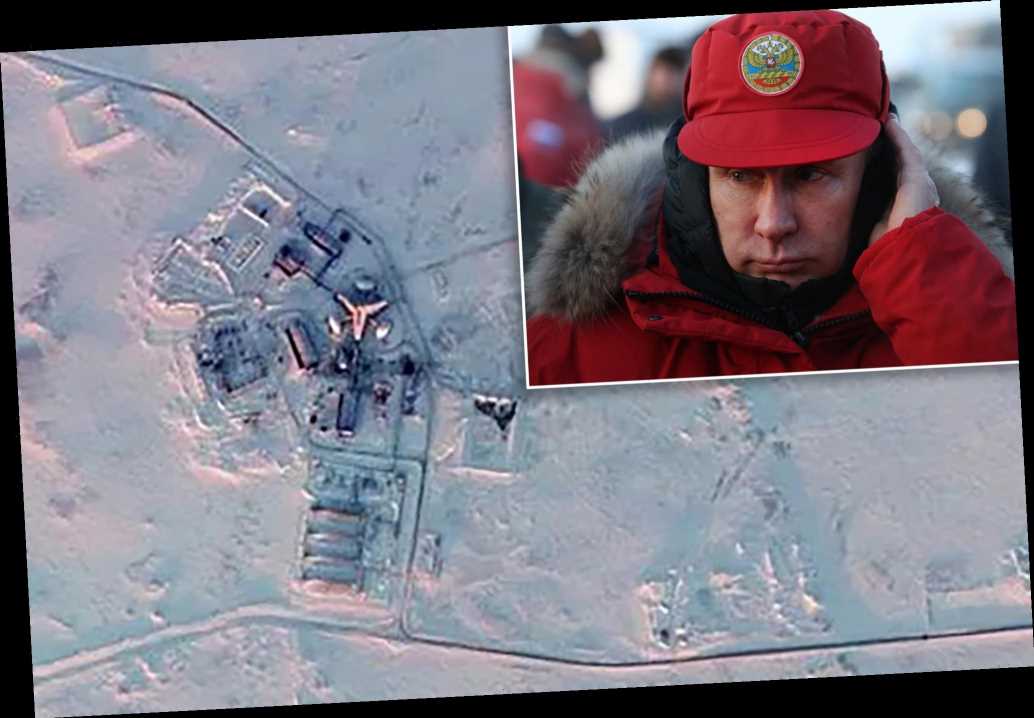 Russia is amassing a formidable array of military weapons in the Arctic – including the Poseidon 2M39, a stealth torpedo that has been dubbed the “super-weapon,” according to new satellite images.

The nuclear-powered torpedo is intended to sneak past coastal defenses, like those in the US, and deliver a whopping warhead of multiple megatons, CNN reported.

Christopher Ford, who served as assistant secretary of state for International Security and Non-Proliferation until January, has said that the Poseidon is designed to “inundate US coastal cities with radioactive tsunamis.”

Russian officials said the torpedo is intended to deliver a warhead of several megatons – whose radioactive waves would leave wide stretches of a targeted coastline uninhabitable for decades, according to the network.

And now, satellite photos taken by space tech company Maxar for CNN have revealed a build-up of Russian military bases and hardware — along with underground storage sites – on the Arctic coastline.

The stockpile in the High North area includes bombers, MiG31BM jets and new radar systems near the Alaskan coast, according to the chilling report.

Norwegian Vice Admiral Nils Andreas Stensønes, head of the country’s intelligence, told CNN that his agency has assessed the Poseidon as “part of the new type of nuclear deterrent weapons. And it is in a testing phase.”

Stensønes, who declined to elaborate on the weapon’s testing progress, added:  “But it’s a strategic system and it’s aimed at targets … and has an influence far beyond the region in which they test it currently.”

American and NATO forces have matched the Russian military build-up in the area with troop and equipment movements, according to CNN.

US B-1 Lancer bombers stationed in a Norwegian air base have recently completed missions in the Barents Sea, for example, and US officials have acknowledged that the USS Seawolf fast attack submarine also was in the area.

“There’s clearly a military challenge from the Russians in the Arctic,” a senior State Department official told CNN, including their refitting of old Cold War bases and build-up of new facilities on the Kola Peninsula.

“That has implications for the United States and its allies, not least because it creates the capacity to project power up to the North Atlantic,” the official added.

The bases seen in the satellite images along the Arctic coast are inside Russian territory and part of a legitimate defense of its borders and coastline, CNN reported.

But American officials have voiced concern that the forces might be used to establish de facto control over other areas of the Arctic and soon to be ice-free amid a climate emergency, according to the report.

“It is also expanding its network of air and coastal defense missile systems, thus strengthening its anti-access and area-denial capabilities over key portions of the Arctic,” he said.

The Tsirkon and the Poseidon are part of a new generation of weapons that Russian strongman Vladimir Putin pledged in 2018 as strategic global game changers, CNN reported.

The Pentagon spokesman said also said that Russia sought to exploit the “Northern Sea Route” as a “major international shipping lane,” as he voiced concerns over the rules the Kremlin was seeking to impose on ships using the route.

“They require any vessel transiting the NSR through international waters to have a Russian pilot onboard to guide the vessel. Russia is also attempting to require foreign vessels to obtain permission before entering the NSR,” he added.

The Russian Foreign Ministry declined to comment to CNN, yet Moscow has long insisted that its goals in the Arctic are economic and peaceful.