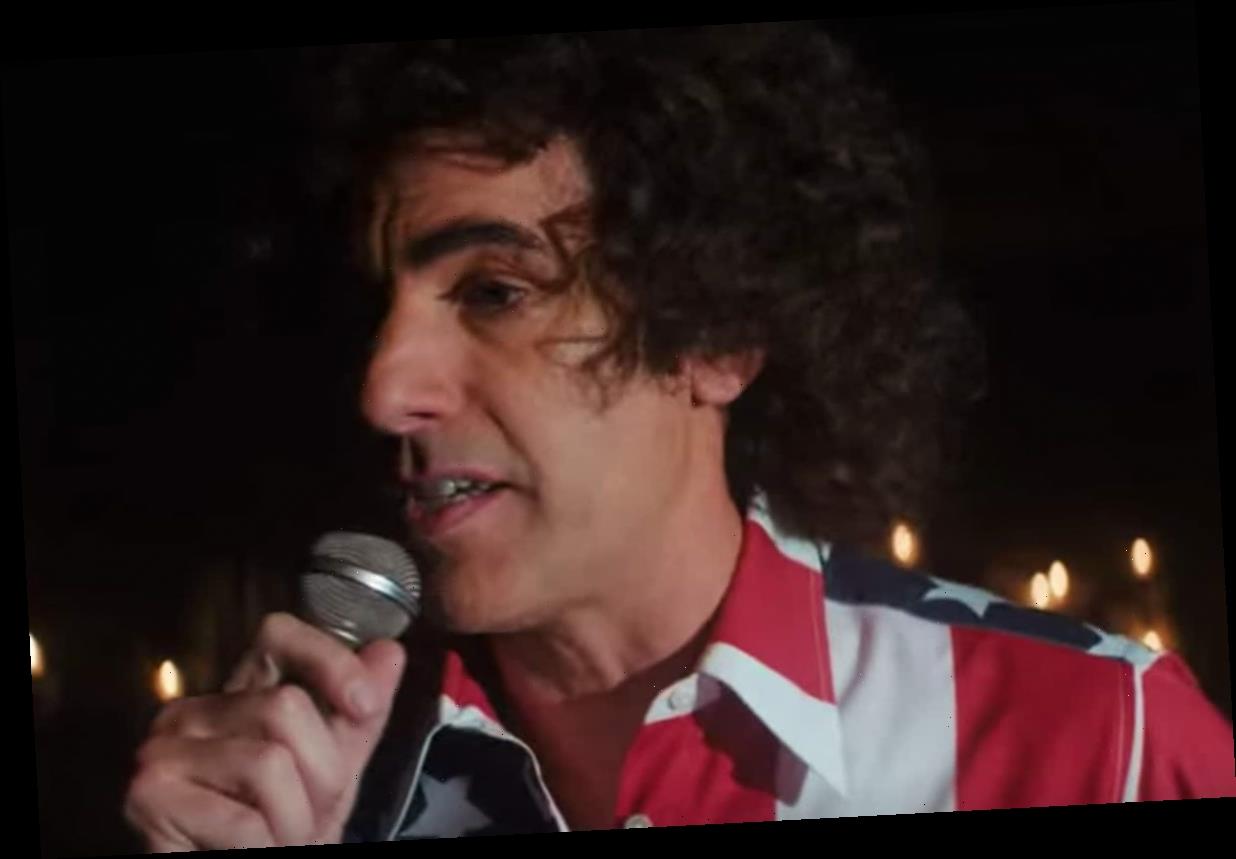 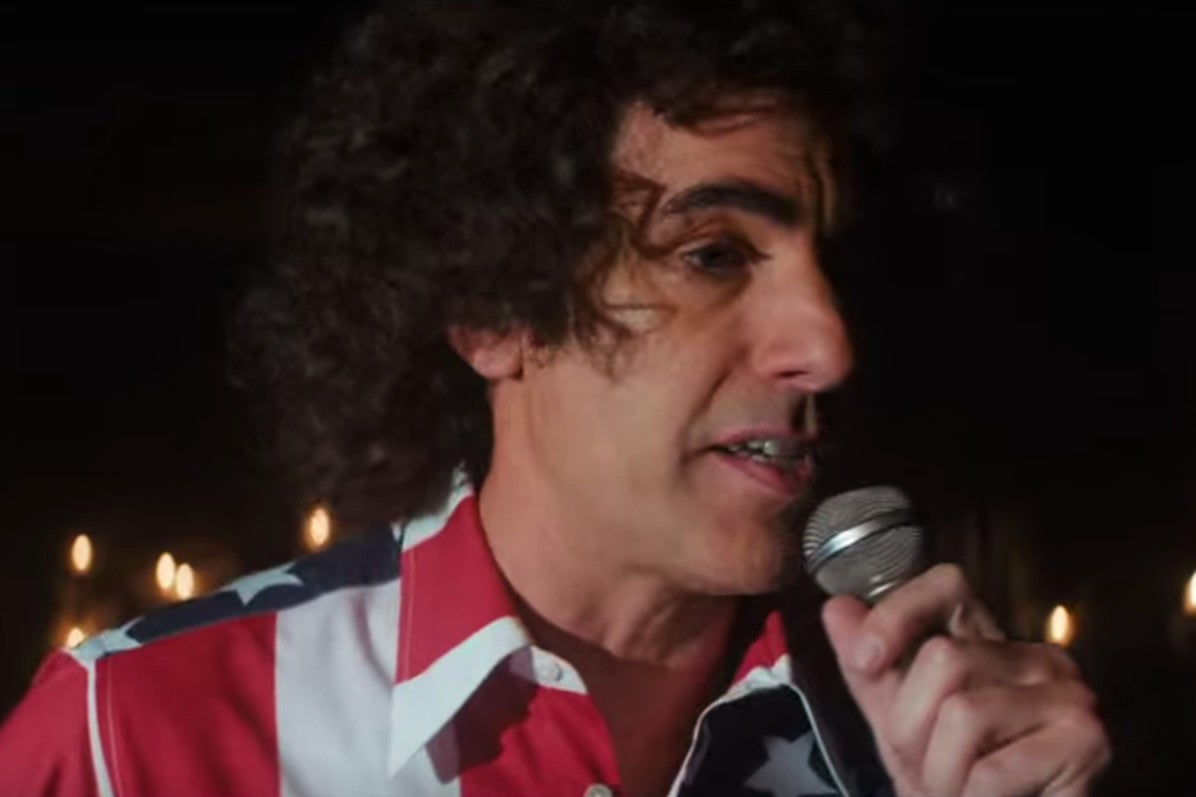 Film editor Alan Baumgarten could embark on a second career as a juggler. Not that he has an interest in bowling pins or the circus, but the longtime cutting craftsman has made a specialty of, well, juggling many characters and non-linear plots into clean, coherent audience experiences. Baumgarten was nominated for an Oscar for 2013’s “American Hustle” and again this year as one of the six nominations (and perhaps the most no-brainer nod of them all) notched for Aaron Sorkin’s vast ensemble drama “The Trial of the Chicago 7.”

The film depicts an inflammatory political and cultural period in 1968 and 1969, and contains more than two dozen characters, from lawyers and defendants to judges and government officials. Though the size of the cast was formidable, Baumgarten’s greatest challenge came in a six-minute scene that narrow-focused on two characters and a complex flashback to a riot outside the 1968 Democratic Convention in Chicago.

Baumgarten explained to TheWrap five crucial editing elements that came together to build the scene, an energetic dramatization of a moment that forms the crux of the film. You can watch the full scene below.

Clarity is the most important thing

“My biggest concern was clarity,” Baumgarten said. “But the way this whole sequence was structured by Aaron helped me a lot.” As the scene begins, the audience knows that defense attorney William Kunstler (Mark Rylance) has received a damning piece of evidence against one of the Chicago 7, Tom Hayden (Eddie Redmayne), about what occurred months earlier at the Democratic Convention.

“So Kunstler takes the role of the prosecutor for a mock interrogation,” Baumgarten said. “What then unfolds is a lot of complicated footage, but once we’ve established that this is a mock interrogation and positioned the characters clearly in the scene, then we can intercut between Kunstler and Hayden and the flashback. The audience catches on quickly and can follow the rhythm back and forth.”

Don’t be afraid to shift tone

Halfway through the scene, the storytelling role is picked up by Hayden’s fellow defendant Abbie Hoffman (Oscar nominee Sacha Baron Cohen). But not in the mock interrogation. Instead, we see Hoffman describing the Chicago riot while onstage in front of an audience, at a different date and time.

“You could have done the whole scene as just an argument between Kunstler and Hayden,” Baumgarten said. “But the added element of Abbie further increases the energy level, just at the right time. And his tone is much more buoyant, which is also very helpful for the audience. It’s a very serious subject but Abbie brings a certain amount of welcome levity.”

Not everything needs to be explained

The scene does feature some black-and-white archival footage from Chicago in August 1968, when protestors and the police violently clashed. The police had closed access to several bridges that led to the convention center, a piece of historical detail that Baumgarten felt might he needed to address in the clip.

“The geography of the crowd’s movements took some time for me to figure out,” he said. “I spent a few days on it, trying to determine which street was which and which bridge was which. And Aaron came in and basically told me, ‘Bam, bam bam. All we need to know is that these bridges were blocked by police.’ And he was right. The exact path of the protesters wasn’t as essential as knowing that their path was obstructed.”

He added, “In order to distill the most essential material, there was no room for anything excessive or unnecessary.”

Though part of it depicts a riot, Baumgarten didn’t want the scene to be a jumbled collection of crowds fighting onscreen. Yet, he knew that fast cuts would enhance a visceral, tense quality. That intensity was only possible, he said, thanks to Sorkin’s screenplay.

“The through-line in the sequence is clearly all in the dialogue between Kunstler and Hayden. What they are engaging in is more than an argument. It’s the revelation of a story about what happened in Chicago. So, in terms of the editing, Aaron didn’t mind that the scene was a bit more loose and wild, with very quick cutaways between archival news footage. With those anchors in the dialogue to keep the audience in place, we were much more free visually to give a rush of energy in the scene with quick cutting.”

Experience can be the most valuable tool

Baumgarten’s credits as an editor include ribald comedies like “Dodgeball: A True Underdog Story” and “Meet the Fockers.” The latter film began his long collaboration with director Jay Roach, which continued with HBO’s “Recount,” about Florida’s role in the 2000 election, and the biopic “Trumbo.”

“The comedies I’ve made have helped me a lot in terms of understanding timing,” he said. “Comedies are all about how you make words land. You can manipulate footage or hold reaction shots to make things funnier. Or more dramatic. And my experience on ‘Recount’ and ‘Trumbo’ was very useful in taking on ‘Chicago 7.’  They’re all recreations of historical events, using archival footage and real-life characters in a really rich and creative way.”

“The Trial of the Chicago 7” is streaming on Netflix. The 93rd Academy Awards air on April 25.