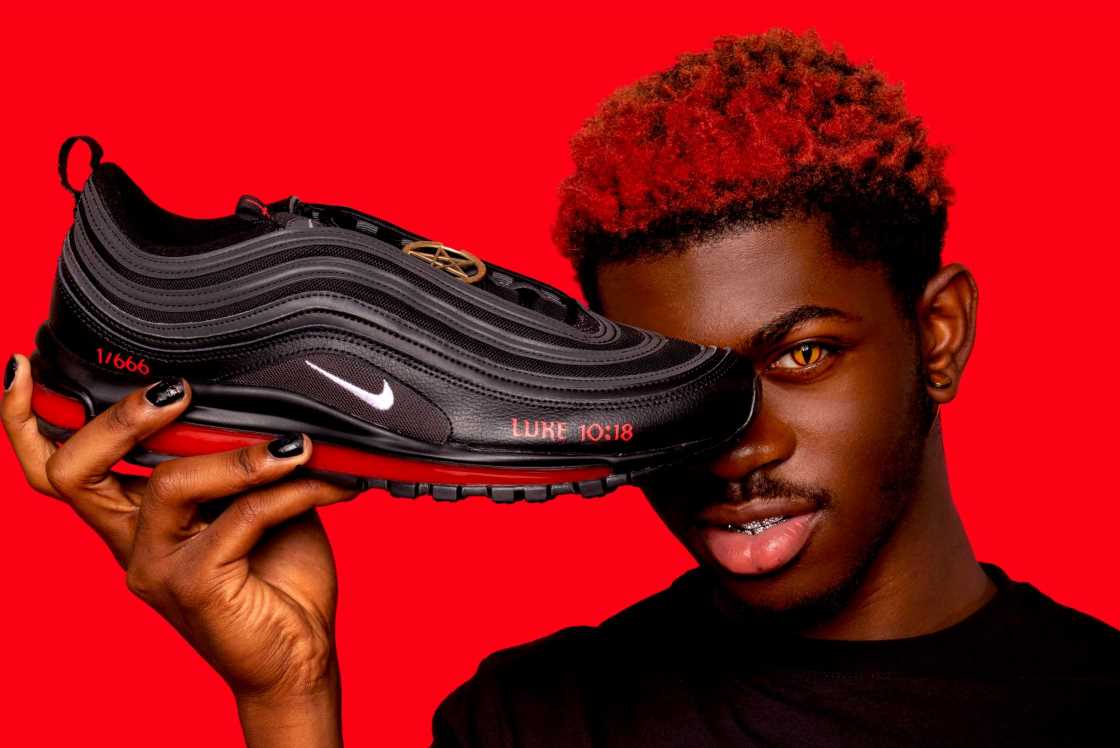 Nike has filed a lawsuit against fashion label MSCHF over its Lil Nas X “Satan Shoe.”

The lawsuit comes swiftly after MSCHF revealed its collaboration on Sunday with Lil Nas X. The “Satan Shoe,” which is a MSCHF-designed Nike Air Max 97 sneaker, is created with “the sole air bubble containing 60 [cubic centimeters] of ink and one drop of human blood,” according to MSCHF. The blood comes from the members of MSCHF’s design staff. Each pair sold is numbered from one to 666, is engraved with a bronze pentagram and with “Luke 10:18,” a Bible passage that reads, “I Saw Satan Fall Like Lightening From Heaven.” The shoes were released Monday morning and quickly sold out.

The shoes have received mixed reactions online, including some that like the sneakers and others who take offense at its biblical references. Nike, despite not being involved in the creation of the sneaker, has also received social media backlash.

“We do not have a relationship with Lil Nas X or MSCHF,” a spokesperson from Nike said. “Nike did not design or release these shoes and we do not endorse them.”

According to the court documents, Nike refers to the sneakers as “customized Nike Air Max 97 shoes that MSCHF has materially altered to prominently feature a satanic theme.” The documents show that Nike believes the shoes will “cause confusion and dilution and create an erroneous association between MSCHF’s products and Nike.” The documents also state that the sneaker’s social media backlash shows that there is already confusion over Nike’s involvement in the product.

The court documents demand that MSCHF no longer offer or sell Nike-branded products or imply “Nike’s approval, endorsement or sponsorship” of MSCHF’s products. Nike is also demanding “any and all profits” earned from the Satan Shoe, which was priced at $1,018, as well as “an award of three times the amount of compensatory damages and increased profits.”

MSCHF did not immediately respond to a request for comment on the lawsuit.

The Best Fashion Collaborations of 2020