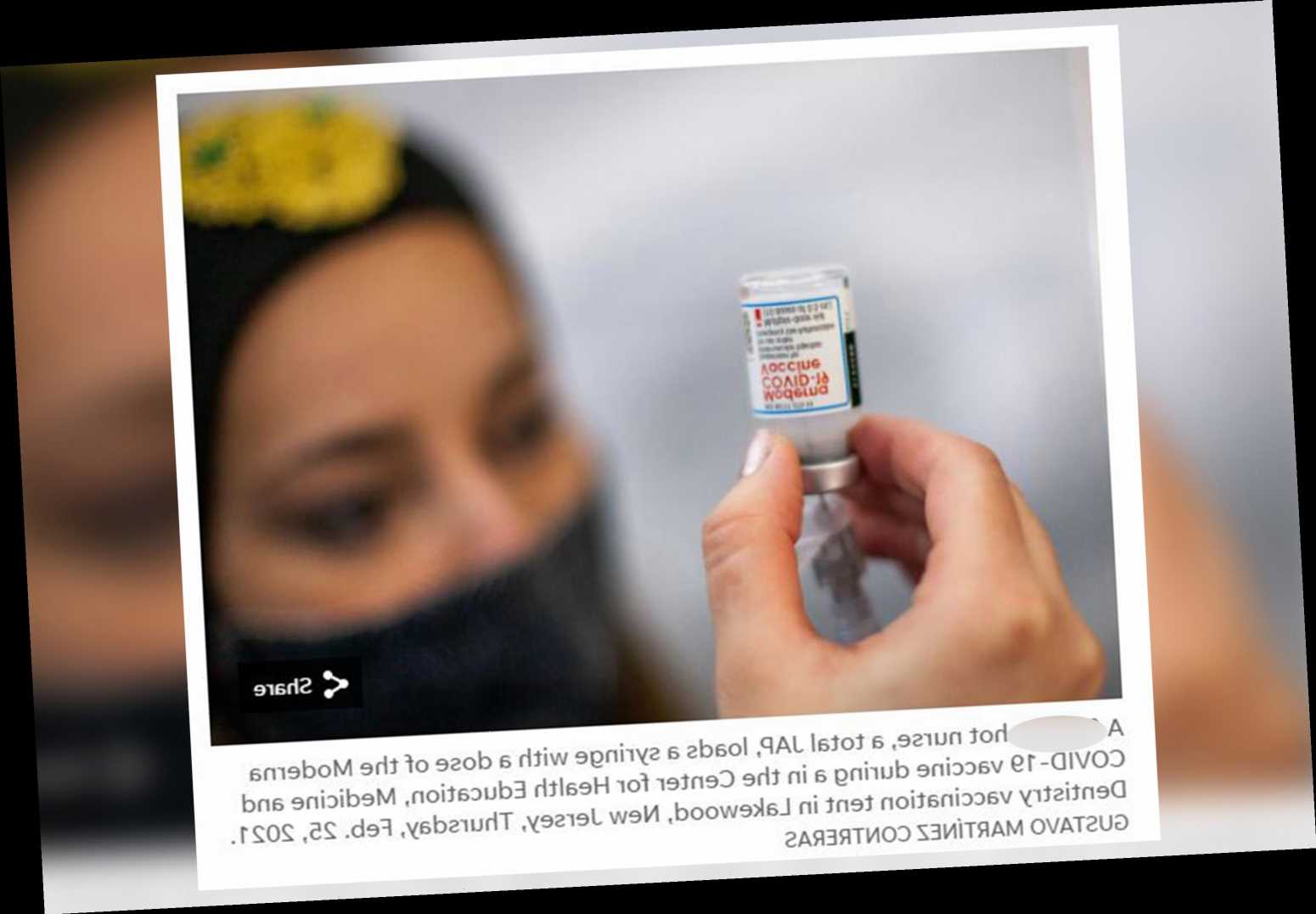 The photojournalist behind the “f—king hot nurse” caption in the Asbury Park Press no longer has a job with Gannett-owned daily, which has promised to start requiring two sets of eyes on every story.

“The reporter in question is no longer with the company,” APP executive editor Paul D’Ambrosio wrote in a column on Tuesday in an effort to explain the caption, which caused an uproar for describing an unidentified nurse giving as COVID-19 vaccine as a “f—king hot nurse” and “real JAP”– an acronym for Jewish American Princess.

D’Ambrosio said he accepted “full responsibility” for the error and that journalists will no longer be allowed to self publish as a result.

“On Monday, I instructed our staff to always put two sets of eyes on each piece of content, including stories and photos. No photo and caption will be published without another staffer looking it over, regardless of the time of day.”

The photo was credited to Gustavo Martinez Contreras and accompanied a Saturday story under his byline about efforts to bring the vaccine to people of color on the Jersey Shore town of Lakewood.

In his column, D’Ambrosio said stories and pictures ordinarily get reviewed ahead of time, but that in order encourage breaking news journalists were also allowed to post directly to the Web site and app. The photo caption “was on the last of 22 photos and no second set of eyes have reviewed the images. The late hour and the self-publication led the story to blend in with the dozens of other stories on the site without the proper safety checks.”

“The words in the caption were totally unacceptable and in no way reflect the principles and practices of the staff of the Press and Gannett,” D’Ambrosio wrote. He said at first, he thought the system had been hacked. “In reality, it was a reporter who admitted that he did a ‘stupid, stupid, thing.’”

The caption in the Garden State’s third-largest newspaper caused such an uproar even Gov. Phil Murphy weighed in during a press conference in Trenton on Monday. The gov also said he, too, was initially skeptical in an era of fake news. “I then read it with my own eyes and it is unfathomable that someone could have written that, even privately, never mind that it was published.”

“I would think, with all due respect, someone has to pay a price for that. That’s completely, incredibly offensive,” Murphy said. “Even the apology missed the point.”

The caption went live on the APP Web site on Saturday evening and remained up hours until Sunday evening according to the New Jersey Globe, which broke the story.

Martinez Contreras did not return calls seeking comment but D’Ambrosio in his column Tuesday said that the reporter issued an apology. It said: “I’ve prided myself as a man who has been an advocate and supporter of women’s rights and cultural sensitivity but this caption shows that I have plenty of work to do to address my own issues to make sure that my words and actions always treat others with respect.”