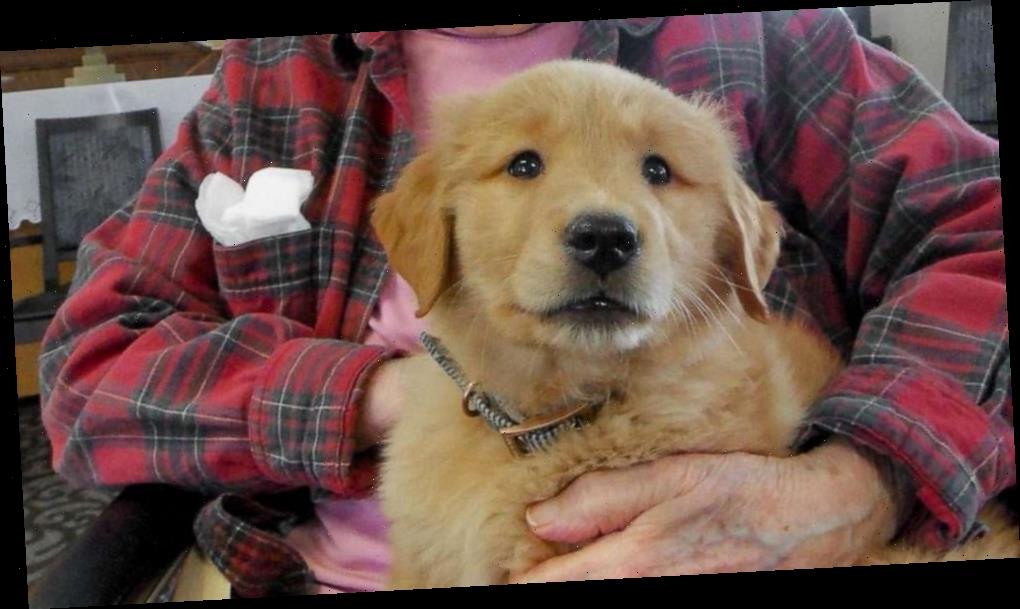 Nursing home residents in Scotland, South Dakota, are getting daily love from their very own puppy.

Over the last few weeks, Gracie the golden retriever has been spreading love at Good Samaritan Society – Scotland. When Gracie isn’t at Good Samaritan, she lives with Pam Stewart, the facility’s social services manager.

Prior to Gracie, the facility had a dog named Hope. The dog died in November.

Emotional obituary for golden retriever touches over 100,000 on Twitter

Gracie interacts with roughly 30 residents. She is always accompanied by a staff member, Good Samaritan said.

“I talk to her and pet her,” 66-year-old resident Dennis Gruhlke told “GMA.”

Gracie has been visiting with residents as indoor, family visitations slowly begin to reopen in accordance with federal guidelines amid the pandemic.