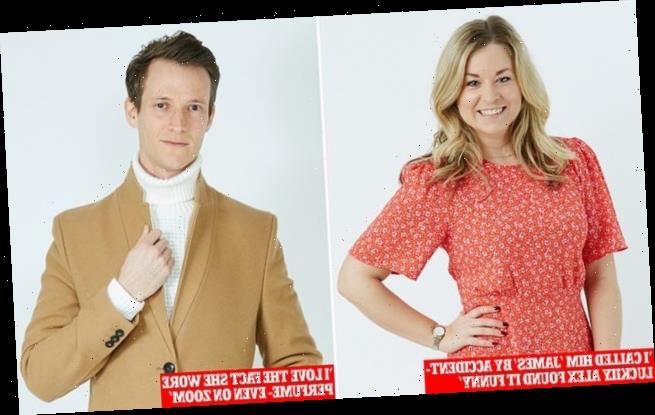 Who’ll find love on our virtual date? This week it’s Helen, 38 and Alex, 36, but will romance be on the cards? 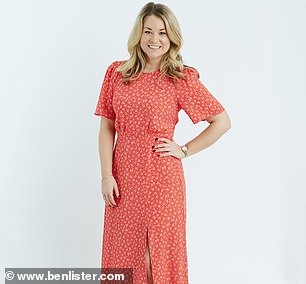 Helen, 38, (pictured) has been single for a year and has no children

I’ve had a few long- term partners and lived with one ex. I know some singletons think they’ve lost a year of dating due to the pandemic, but I’ve enjoyed going on virtual dates and socially distanced walks; it’s Covid courting.

Single for a year, no children.

Someone kind, funny and honest for an equal partnership.

I wasn’t nervous. I’d decided to make an espresso martini and order in some sushi.

Alex is handsome and he’d made an effort which was nice, as I’d put on a dress. He was smiley and warm and said my name a lot which was engaging.

EASY TO TALK TO?

Last year, Alex chose to move back in with his 91-year-old father to look after him during the pandemic. I thought it was noble of him to give up his flat to take care of his dad — it’s clear he’s a nice person.

My father is in his 80s, so we talked about how we’re relieved they’d both had their first vaccinations.

We also discovered we both studied languages at university.

Alex made me laugh, he kept going off to check on his dumplings. I gave him a virtual tour of my flat. He was impressed with how neatly my coats were hung up.

LIKED? Alex! And getting out of my comfort zone.

After a couple of minutes, I called him James. I can only put it down to the fact that my friends always seem to date guys called James. Luckily, Alex found it funny.

Yes, I think so. Alex asked for my number quite early on during the date.

YES. Getting glammed up for my date was the most exciting thing that has happened to me during lockdown.

WHAT DO YOU THINK HE THOUGHT OF YOU?

Hopefully that I’m quite lively and funny. Alex told me I’m ‘glass half full’ and he complimented me on my hair. He mentioned his celebrity crush was Britney Spears; that was my nickname at university, so it bodes well.

They definitely would. Alex is a nice guy, with a kind face and clearly is a good person.

I’ve had one live-in partner. We were together for four years. I’ve also had three other relationships, each lasted two years. While most of my friends are settled, I do have some single friends. The past year has been a strange one for dating. I got Covid last March and decided to try out a dating app while I was unwell in bed. Even though I was ill (and looked it) I managed to put a shirt on and go on some virtual dates, so I’m clearly ready to meet someone.

Single for seven months, no children.

Someone who is kind, unique, charming and charismatic.

I don’t get nervous when I meet new people. But it occurred to me that I’ve never had an online meeting without knowing their name or what they looked like.

Wow! Very positive. Helen is lovely and we clicked. She’s attractive, elegant, down to earth and was wearing a black dress which I loved. Helen told me she even had perfume on. She’d made an effort, even on a virtual date.

EASY TO TALK TO?

Yes, and our date went on longer than I thought. We spoke about our fathers and had both ordered sushi — what are the odds of that? I was apprehensive explaining my living arrangements with my father, but Helen was lovely about it.

I had to run off a couple of times as I was also cooking for my dad, but she was fine about it. My father was oblivious to the date and was far more concerned about his supper.

LIKED? Helen is refreshing and the evening flowed.

Too many. My dad walked into the room because he was hungry. Helen also called me James early on. I wondered if she had the wrong profile, but then she told me her friends all have boyfriends called James. I even managed to call Helen ‘Nicola’ at one point. I don’t even know a Nicola!

Yes. There was a good vibe.

Absolutely. I suggested we swap numbers and I gave Helen mine first and she immediately messaged me her number. I was chuffed.

WHAT DO YOU THINK SHE THOUGHT OF YOU?

From the signs I got, I would say she thinks I’m a nice guy. We had a good laugh and she appeared to appreciate my sense of humour; here’s hoping she wasn’t faking it.

Would you like us to find you a date ? Fancy a date with an eligible single like you? Or would you like to play Cupid for someone else? Email your — or their — details and a photo to blinddate@dailymail.co.uk