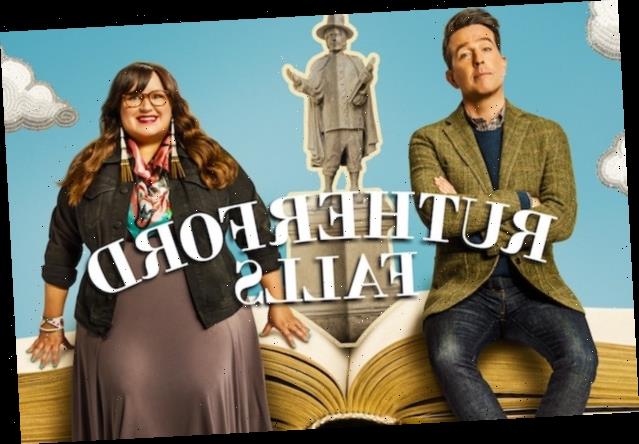 But “Big Larry” presents more of a practical problem

Change is coming to “Rutherford Falls,” and Ed Helms is NOT happy about that.

In the new Peacock comedy from Helms, Mike Schur (“Parks and Recreation,” “The Good Place”) and Sierra Teller Ornelas, Nathan Rutherford (Helms) is the proud descendant of his small town’s founder. But the centrally located — and we do mean centrally — statue of “Big Larry” Rutherford has become problematic.

Not for the reasons we’re used to hearing about in the real world these days — or at least, not initially — but in a much more practical way.

You see, the statue of Lawrence Rutherford was placed in the middle of the road (or more likely the road was built around Big Larry) downtown, and cars seem to be very attracted to it lately. We can’t have that.

As the logline goes: “Rutherford Falls” follows two lifelong best friends, Nathan Rutherford (Helms) and Reagan Wells (Jana Schmieding), who find themselves at a crossroads — quite literally — when their sleepy town gets an unexpected wakeup call.

Jesse Leigh and Dustin Milligan also star on the series.

Watch the trailer above.

It ends with an important (humorous) message, courtesy of Michael Greyeyes’ character: “This is why it’s not worth being friends with white people.”