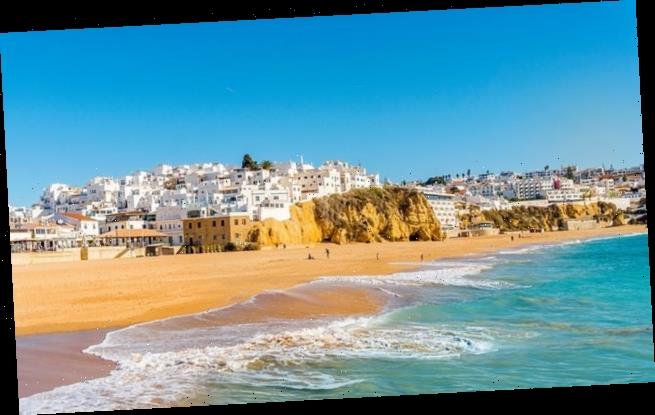 A two-year-old British girl has died after drowning in an Algarve swimming pool.

She was pronounced dead at a health centre in the popular holiday resort of Albufeira after being taken there by her dad on Wednesday evening.

A routine investigation is underway into the incident, but it is thought to be a tragic accident. A two-year-old British girl has died after falling into a swimming pool in the town of Albufeira, Portugal (file image), on Wednesday evening in what is though to be a tragic accident

The tragedy unfolded at a house in the small village of Tunes, which is part of the municipality of Silves.

‘The accident occurred in a swimming pool at a property in Tunes in the municipality of Silves.

‘The girl’s father took her to a health centre in Albufeira where she was pronounced dead. That was around 7pm on Wednesday.’

The police force that responded to the incident was the GNR. There was no immediate official comment from the force.

The family involved is believed to be an expat family.

In July 2018 a British youngster drowned in an Algarve swimming pool.

The child was pronounced dead after being pulled out of the water at a villa on a resort known as the Amendoeira resort near the historic town of Silves.

Emergency responders raced to the scene and practiced CPR on the boy, who had been playing with two brothers, but were unable to save his life.

One police source said the boy was with two brothers and their parents had discovered him when he was already unconscious.