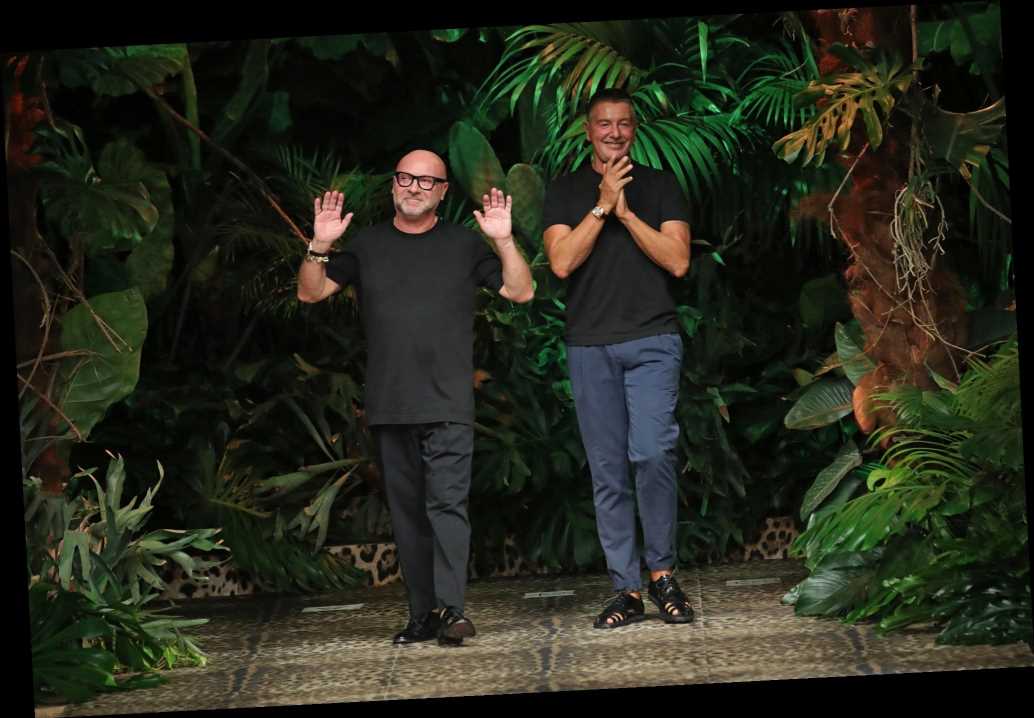 On Thursday, Liu and Schuyler announced that they have filed a response, claiming that freedom of speech entitled them to make the posts.

Susan Scafidi, the founder of Fashion Law Institute, which is repping the duo pro bono, tells us, “Defamation lawsuits — or the threat of bringing one — are notoriously used to silence critics … By standing up to Dolce & Gabbana, Tony and Lindsey are defending their ability to call out caricatures based on race and gender and protecting their freedom of speech.”

In the post, Diet Prada says that Dolce & Gabbana’s suit “argues that we should be held responsible for lost revenue and other harm” to the brand and co-founder Stefano Gabbana “after we criticized their 2018 advertising campaign on [Chinese social media platform] Weibo for its stereotypical and sexist depiction of a Chinese woman, and revealed anti-Asian remarks originating from Gabbana’s Instagram account.”

The ads featured images including a Chinese woman trying to eat Italian foods with chopsticks, along with a narrator spewing sexual innuendo. They were pulled after online backlash, but Gabbana made things worse by commenting online that his office was “stupid” for backing down and calling China the “country of [poop emoji].”

The scandal caused the brand to cancel a planned multimillion-dollar fashion show in Shanghai. The designers apologized, saying, “We love your culture and we certainly have much to learn. That is why we are sorry if we made mistakes in the way we expressed ourselves.”

Diet Prada writes, “Shortly thereafter, in early 2019, the brand filed an action for defamation demanding that we pay damages in the amount of €3 million for Dolce & Gabbana and €1 million for Stefano Gabbana.”

The suit was filed in Italy. Scafadi tells us, “Arguably the lawsuit should have been filed in the US, where Tony and Lindsey reside, or in China, where Dolce & Gabbana had to cancel its show.” Instead, she suggested that the designers are trying to have the case heard in Italy because they’re hoping for “a home court advantage.”

“Like the US, however, Italy protects freedom of speech, and the fight against racism is of universal concern,” Scafadi said.

Fashion Law Institute has teamed up with Italian law firm AMSL Avvocati to work on the case. Diet Prada has set up a GoFundMe to raise $26,000 for legal fees.