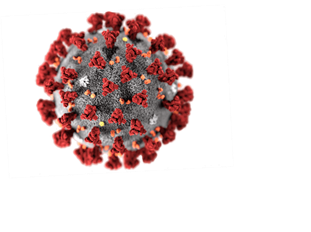 CORONAVIRUS cases are on the rise in the UK once again sparking fearsfor the lockdown roadmap.

A report of the REACT study, which swabbed 165,456 people for COVID across England between 4 February and Tuesday last week, read: “We observed a suggestion of plateauing or small rise in some areas, most notably in London

Revealing covid cases have split the capital in half, the report added "while prevalence in north and east London appeared to be declining, there were apparent increases in parts of west and south London.”

And today is was revealed Britain's's official coronavirus R rate had crept up again this week and could be as high as 1 in hotspot areas.

The R rate – which represents the number of people an infected person will pass Covid onto – is between 0.7 and 0.9 across the UK, Sage said today.

The increases coming even before the first steps are taken on the lockdown roadmap are a concern as Boris Johnson made clear steps could be delayed if troubling surges are detected.

The news comes as Cyprus vowed to allow all vaccinated Brits to on holiday in the country without restrictions in May.

Brits won’t even have to have a negative coronavirus test or quarantine upon arrival if they’ve had both jabs, according to plans unveiled by Cyprus’ deputy tourism minister Savvas Perdios.

Although the UK government has warned Brits they won’t be able to travel abroad before May 17, Cyprus statement is a massive boost for those looking for a bit of Mediterranean sunshine this summer.