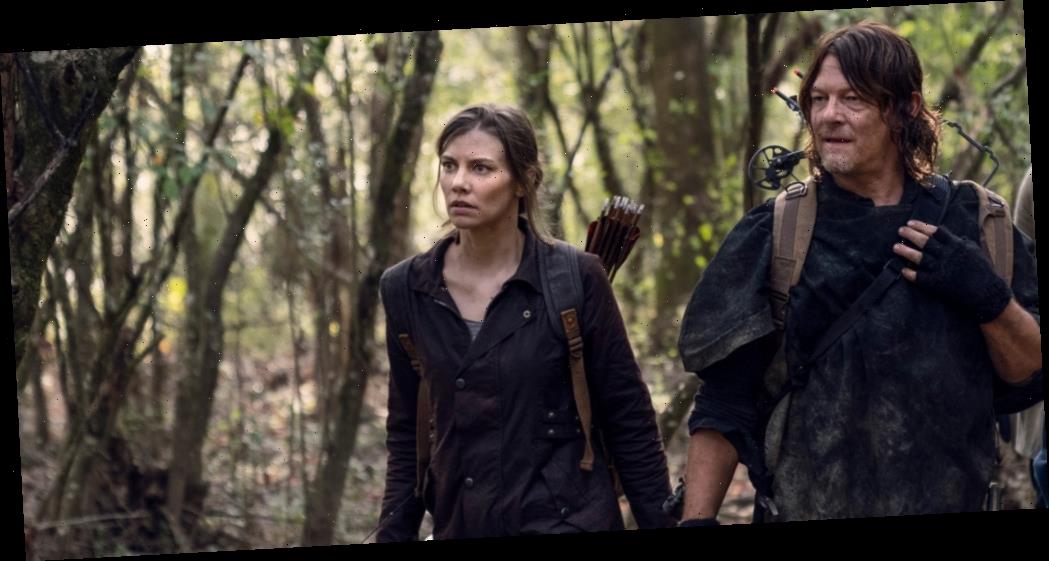 “We’ve always on the show had certain episodes within a season that might be really, really tight where it’s really only dealing with a couple people or a few people or a few people and telling a kind of singular story,” says The Walking Dead showrunner Angela Kang as the zombie apocalypse series returns with its Season 10C debut and an extra six episodes. “So these are kind of fun for us as writers to work on because it gives us a chance to really give those actors lots of material to play, the EP adds. “It gives us a chance to, sit in moments a little more than we might.”

It is pretty clear from the looks on the faces of Lauren Cohan’s Maggie and Jeffrey Dean Morgan’s Negan when they meet up in the opening moments of tonight’s ‘Home Sweet Home’ episode that there is a moment to sit in, to put it mildly even among attacks from the mysterious Reapers. Returning to the Survivors after years away, and a sojourn on the short-lived ABC series Whiskey Cavalier for Cohan, the tension is machete cutting thick between Maggie and the man who smashed in the head of her husband Glenn Rhee and others back in the Season 7 opener. 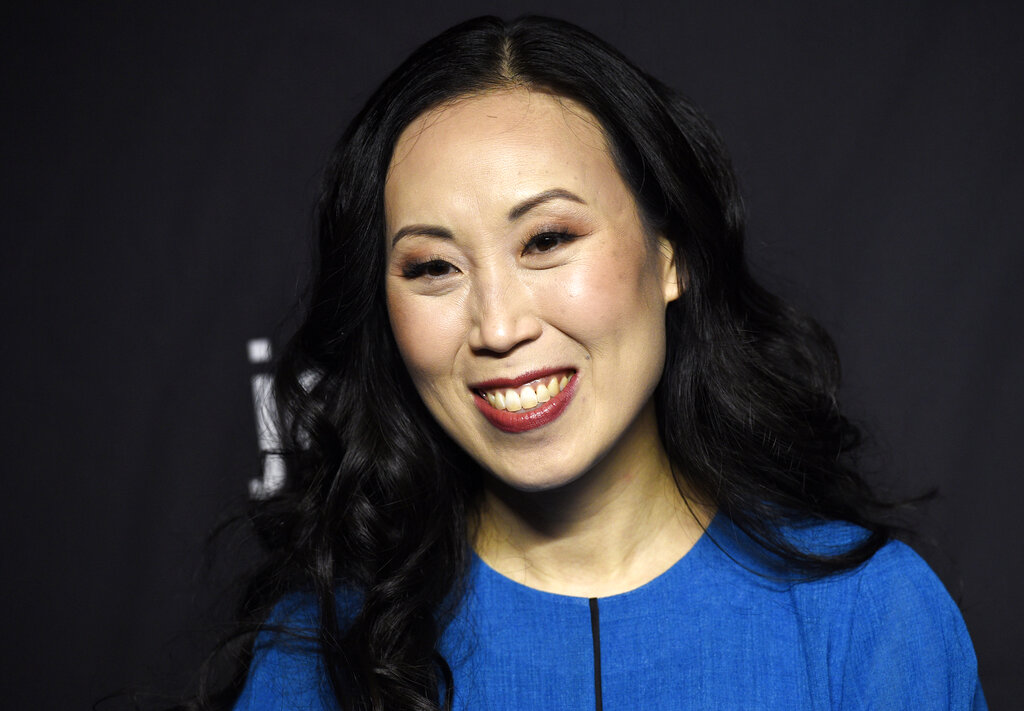 Working from her home in LA as filming on the 11th and final season of the AMC series based on Robert Kirkman’ comics is underway in Georgia, Kang pulled back the skin a bit on where TWD is going as its heads towards its conclusion and the Norman Reedus and Melissa McBride-led spinoff. The executive producer also discussed shooting in this era of coronavirus, having Cohan back full-time and setting things up for the long goodbye.

DEADLINE: So, from the beginning of ‘Home Sweet Home’ to the end, the question has to be: Will Maggie ever forgive Negan for killing Glen and the others all those years ago?

KANG: I think that’s the question of the season. I think there’s a lot to explore with these two characters, and they go on quite a journey over time. I hope it’ll be cool.

We’re actually filming some stuff with them now, which is pretty intense. So, you know, I think there’s a lot of really complex emotions involved for both of them, and Negan feels like he’s a different person, and she’s coming in on really different circumstances, but Maggie’s a little different, too. So, more to come.

DEADLINE: Ha, you always say that …

KANG: (LAUGHS) Yeah, I do. I will say about Maggie, in terms of the character, as we find out in ‘Home Sweet Home’, she’s really seen some dark things out there, and to the point where she’s not even ready to really talk about it at first. So, we’ll start to unpeel a little bit more of that as time goes on, but I think the Maggie that comes back is a little bit more…you know, there’s a touch of secretiveness because she’s trying to just even figure out what is the existing dynamic among the Survivors, with Negan, and for her 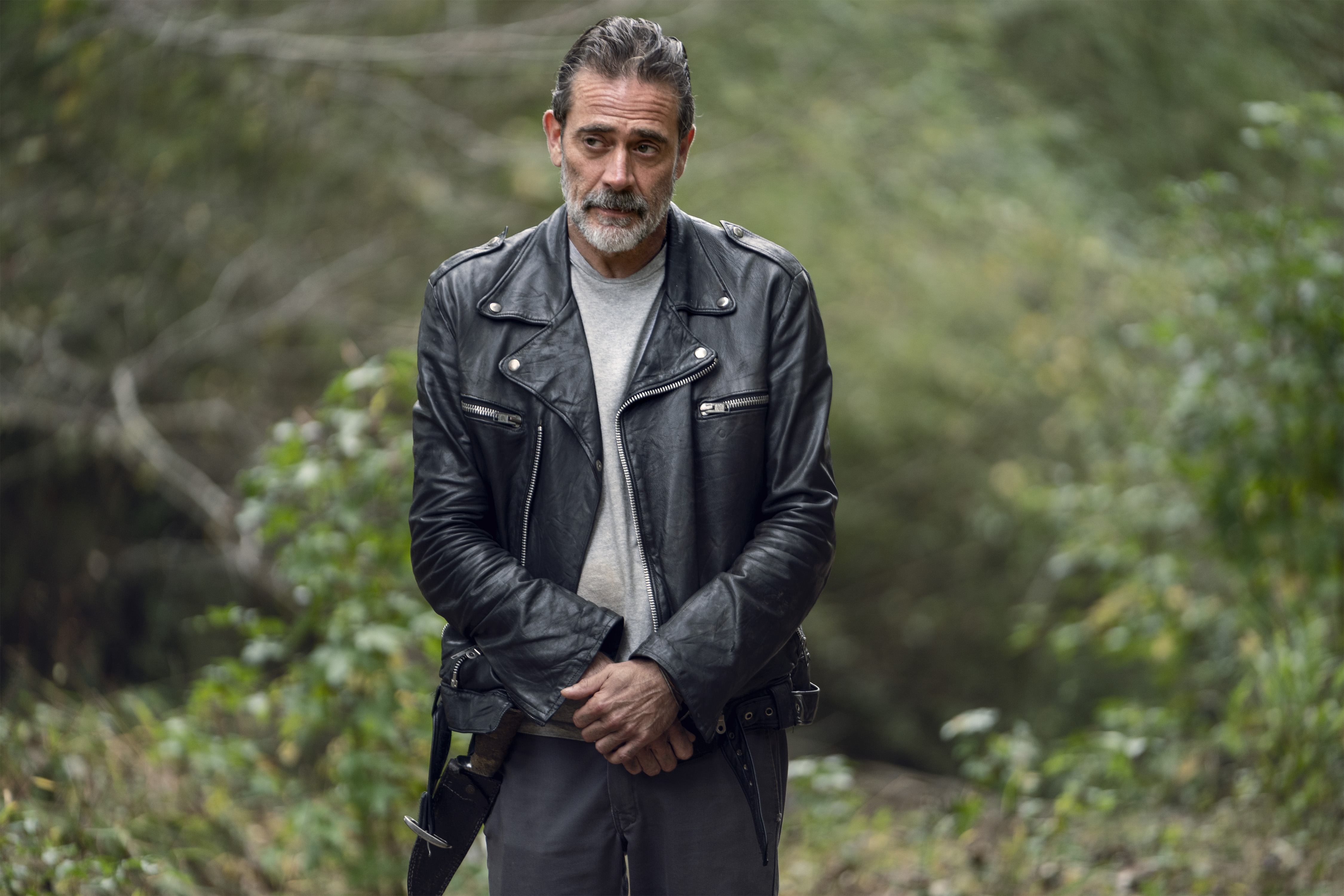 KANG: I mean, it’s a shocker for her to come back and find that Negan is back in the fold. So, what does that mean about, like, how the group has changed? I think she’s also, a little harder and more pragmatic, and I think Maggie has always been on that line. She has great humanity and optimism, and yet, that’s the same person that when she found out about the plot by Gregory in Season 9, without a trial, she just hung him, you know?

There’s more of that Maggie that has needed to be driving things so that she could survive. So I think, in that way, you know, it’s just a continuum for her, but you know, there’s that really hard part of Maggie that I think is fighting with the part of her that wants to be warmer and forgiving and things like that.

DEADLINE: In the context of all that, what’s it like having Lauren back full time on the show?

We all, you know, adore her. She’s so sweet and a great personality. I think also, she has come into her own as just even a leader amongst actors and on set in a really positive way. I think she’s very inclusive of people. She’s good at speaking up in ways that are fantastic for the whole. So I think, you know, it’s really such a plus in every way, having her back with us.

DEADLINE: Now in having Lauren back, you’ve got these extra six Season 10 episodes in the can and now you are filming the 11th and final season of Walking Dead …

KANG: We’re deep in the process of continuing to write the season. It’s 24 episodes, which, it’s a lot, but you know, we’re also really fortunate that we get that kind of runway to wrap up the story.

Right now, we are right smack in the middle of filming the premiere block. So, we’re cross-boarding two at a time right now, which we don’t usually do, but it just helps us not have as many directors in and out, and we can kind of consolidate the locations. So, you know, we’re taking about a month to film all of that for episodes 1 and 2 of Season 11.

DEADLINE: That’s obviously a by-product of the pandemic, now I know there isn’t much you will tell me in terms of specifics of how this all end, but what of the tone of the final episodes?

KANG: Right now, they are, we are, in the middle of a bunch of cool action stuff going on in a kind of spectacular set that our department has filmed. Narratively, what we have going is, I hope, it’s a compelling story that has to do with some things that we set up in these extension episodes.

I will say, things get incredibly intense, and so there’s a road story that’s going on, as well as following the group that got surrounded by the troopers in the railyard.

DEADLINE: Are they the Commonwealth or a variation on those characters from the comics?

KANG: We will just find out more and more about those people that they’ve encountered, as well as just everybody in the middle of kind of the survival story back at home in Alexandria. So, that’s kind of where we start off with the final season. It’s going to go into some pretty interesting thematic territory, but I’ll save some of that for when we get closer to talking about that season.

DEADLINE: I can work with that. Now, in these so-called extension episodes of Season 10, these are much more intimate, almost like singular episodes within the larger Walking Dead universe. How is that different for you guys, and what do you feel like the payoff will be for fans because of that?

KANG: We’ve always on the show had certain episodes within a season that might be really, really tight where it’s really only dealing with a couple people or a few people or a few people and telling a kind of singular story. So these are kind of fun for us as writers to work on because it gives us a chance to really give those actors lots of material to play. It gives us a chance to, sit in moments a little more than we might.

In that way, it’s a good creative challenge because there were such tight parameters in terms of what we could do, because even we were filming two episodes simultaneously and because of Covid. There were two units that were running, and we’ve never shot like that. It’s kind of crazy, but that also meant you know, I can’t have an actor in the A grouping be in the B grouping. So, it’s sort of affected everything that we did creatively.

DEADLINE: It is a pretty standard question now for everyone, but I have to ask, how did the pandemic affect the production of Walking Dead down in Georgia once you started up against late last year?

KANG: In terms of the extension episodes, it was definitely interesting to have that much of a box around us. But I hope that what fans take from it is that we’ve gotten to know some of these characters more. We’ve gotten to understand some of those things that are driving them as they move forward, as well as getting a really clear sense of some of the challenges and threats that are out there ahead.

DEADLINE: And behind the camera?

KANG: Being in production is so different in so many ways now. It just means that everything takes longer to do safely. You know, we learned a lot from doing the six episodes that are the season 10 extension, because they were much smaller, and we did them all on our back lot. So, we were able to kind of figure out how to do everything, where were going to be sticking points.

We’re back now in Season 11 filming with just our bigger, scope-ier type of stuff, like giant builds and tons of stunts and everything. And I think we’ve just learned that it’s like this now for everything

There are many, many more meetings and safety meetings specifically that are about how do you handle every aspect of every type of shot? We’re talking almost a month, basically, to film two episodes. So it’s the length of a feature shoot, you know? That’s a big change.

DEADLINE: And for Norman, Lauren, Melissa, Jeffrey and the actors …

KANG: They’re all tested all the time. They are all super smart, super safe. They go in there, and then they just really try to kind of forget that stuff as much as they can and do their jobs.

I’ve been watching stuff on a remote feed, which is different for me, and it looks cool In fact, in some ways, there’s some aspects that’ve settled into something that feels at least like they can be in it and do the pretend, even though all around them, it’s a whole mechanism that’s going on the whole time. That’s just our reality now.