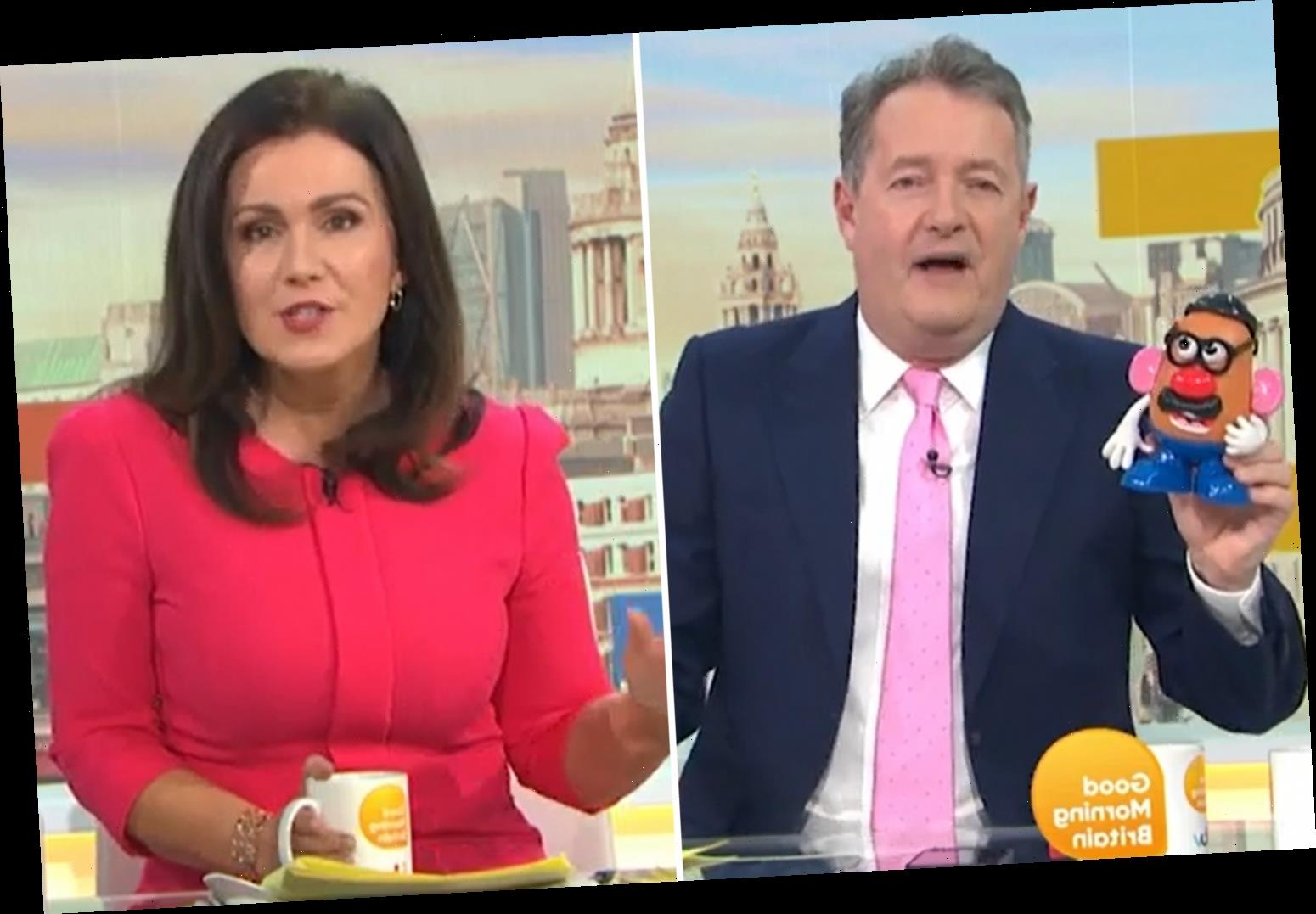 SUSANNA Reid slammed Piers Morgan's "fragile masculinity" and accused him of "arguing with an empty room" in a heated debate about Mr Potato Head. 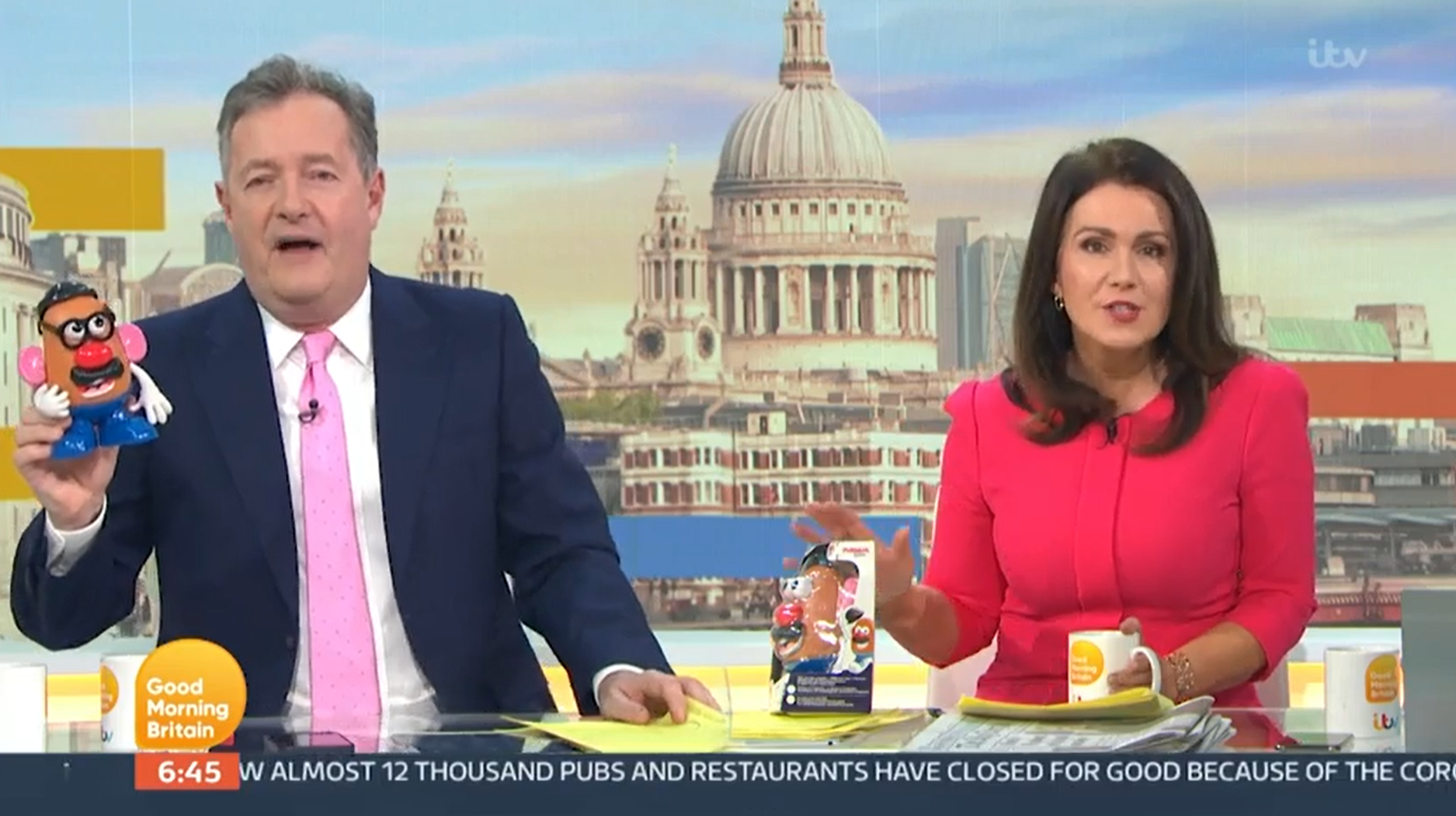 Piers kicked off today's Good Morning Britain by ranting about the move, which baffled Susanna as she repeatedly clarified that Mr and Mrs Potato Head still exist.

She tried to reason: "Piers, they are not getting rid – do not worry, don't let your fragile masculinity be threatened.

But Piers wouldn't back down, moaning: "Nobody ever complained to have Wonder Woman airbrushed because men don't complain about these things; feminists want to have Mr Potato Head expunged because he is sexist. 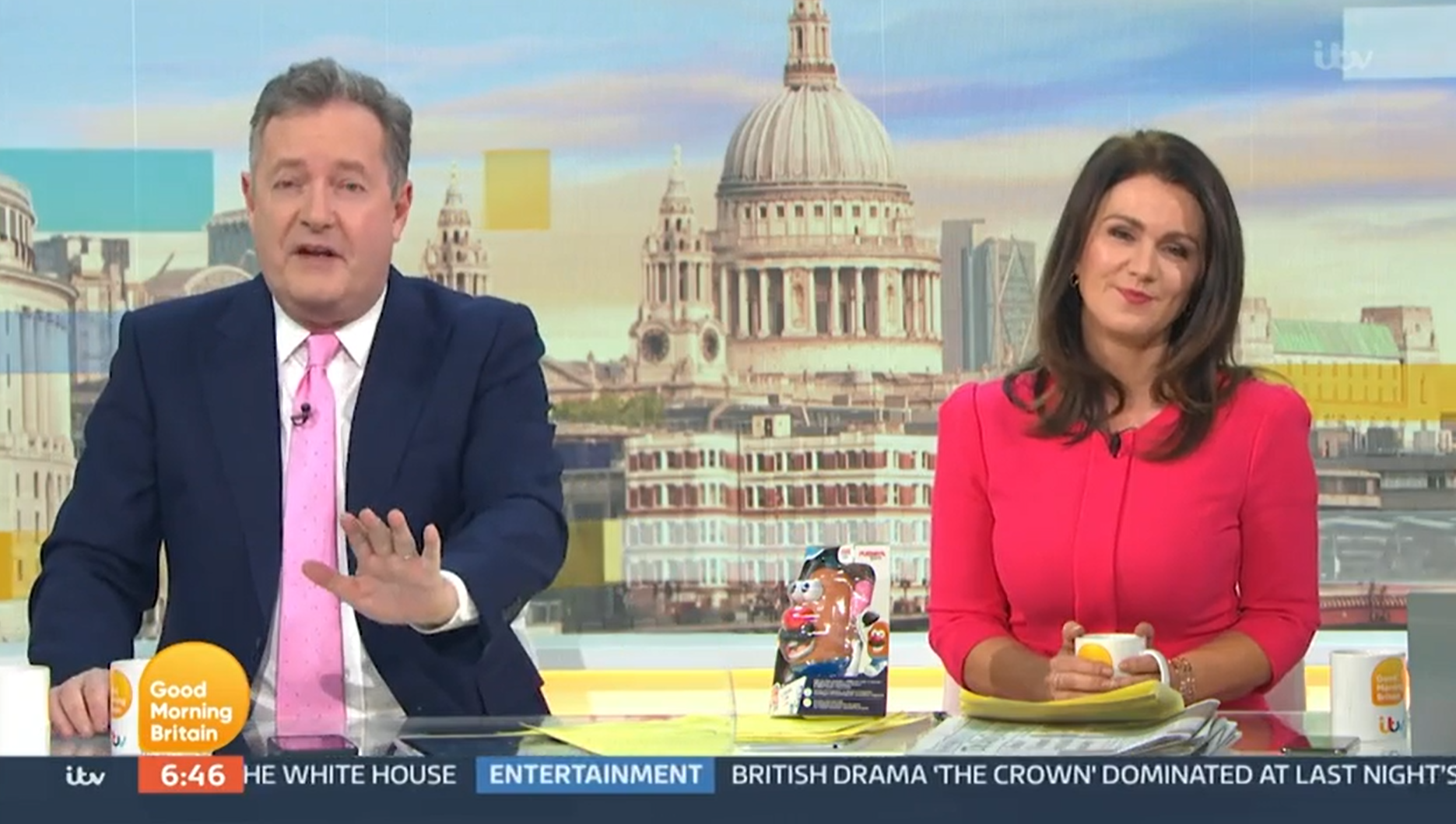 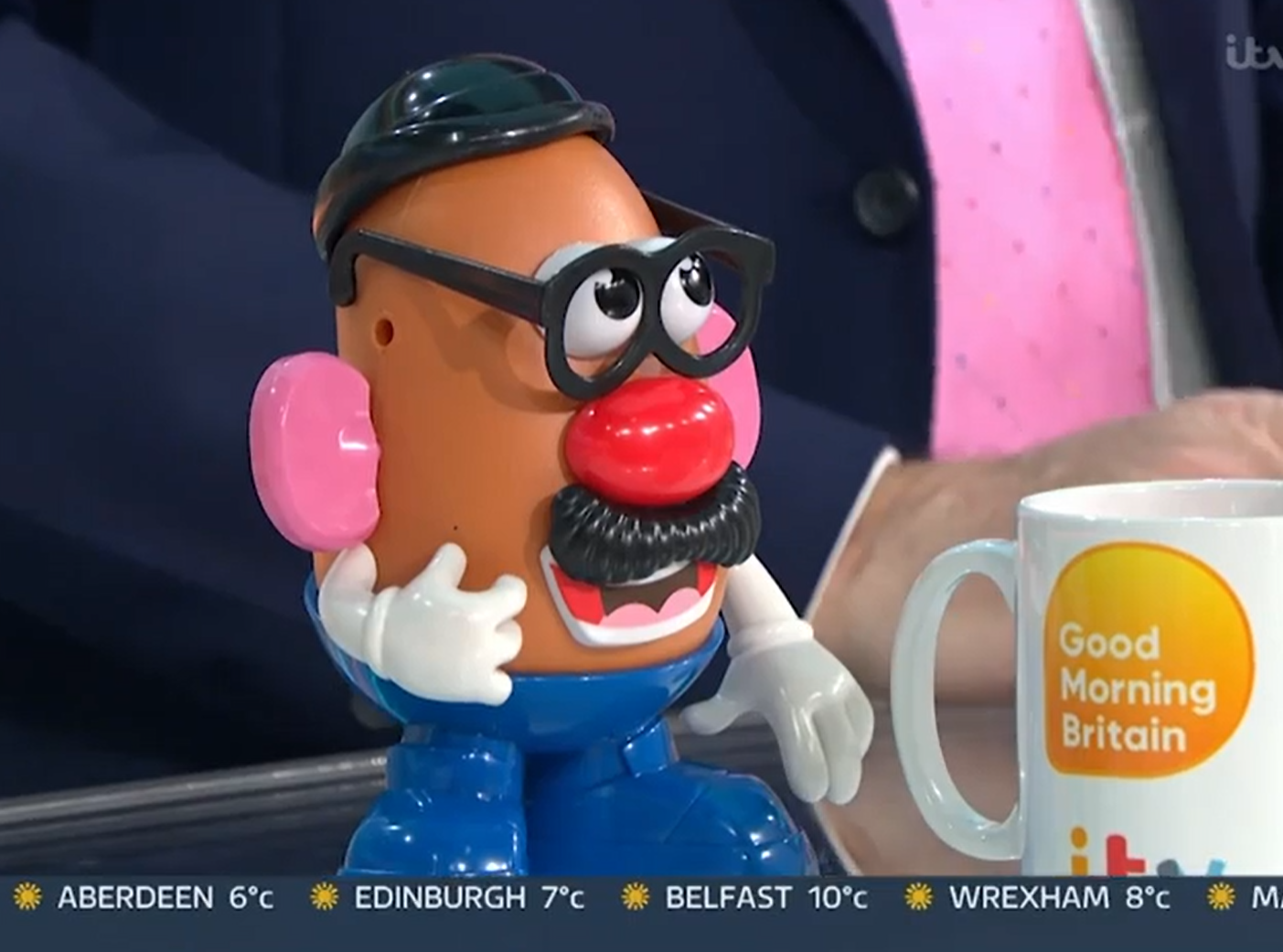 "There are massive companies making these decisions to appease the wokies, does it matter in the grand scheme of things? Not really. It is an abolishment of gender terminology.

"If he had been called Mrs Potato Head do you think anyone would have complained or been changing brand names?" 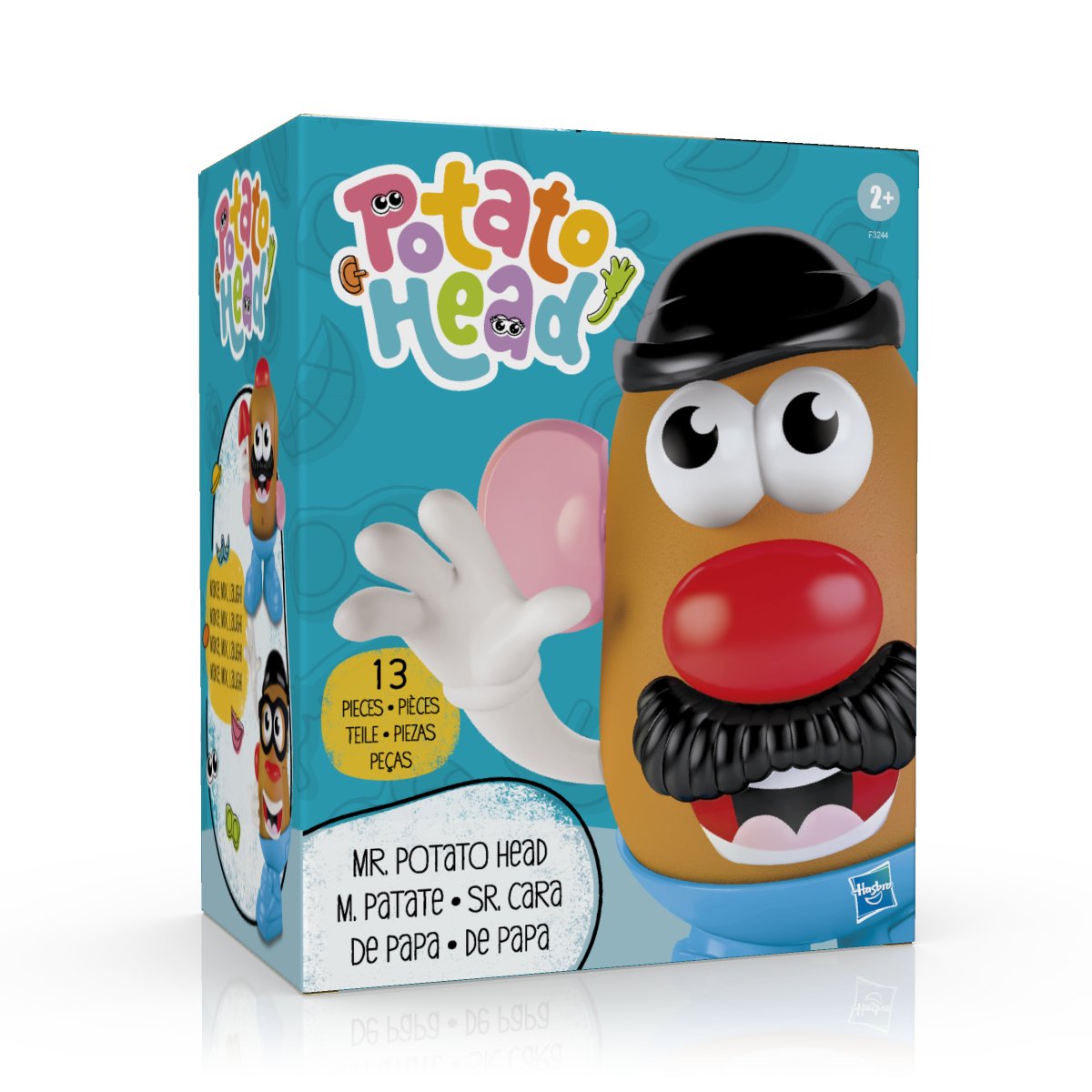 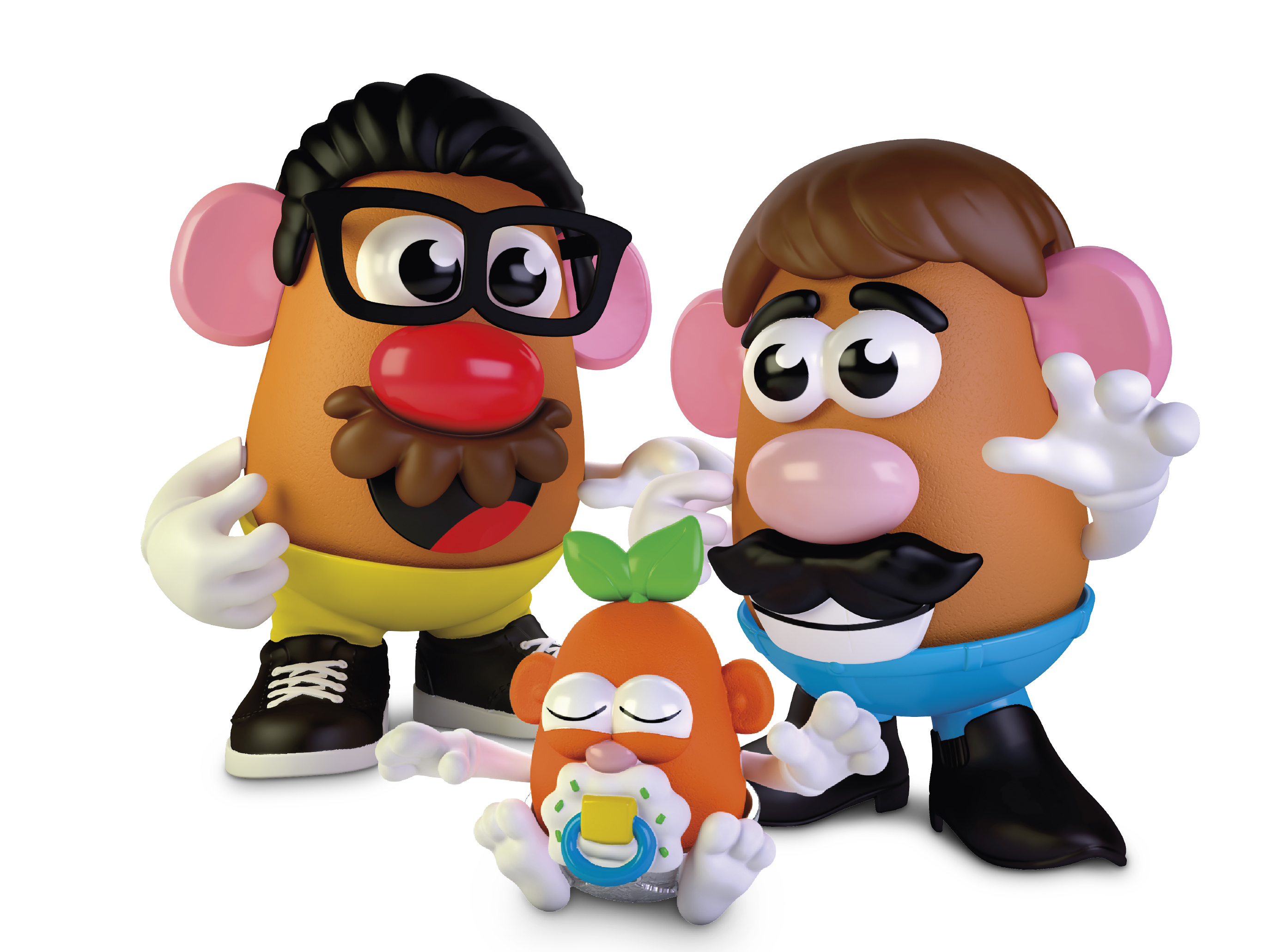 Refusing to listen, Piers continued: "I want to be a Mr, thanks. And I don't want you telling me I can't be a Mr – and I want to buy a Mr Potato Head!"

Snapping, Susanna exclaimed: "You can be a Mr! And you can still buy a Mr Potato Head!

"You're literally rowing with yourself in an empty room just for the sake of having a row!" 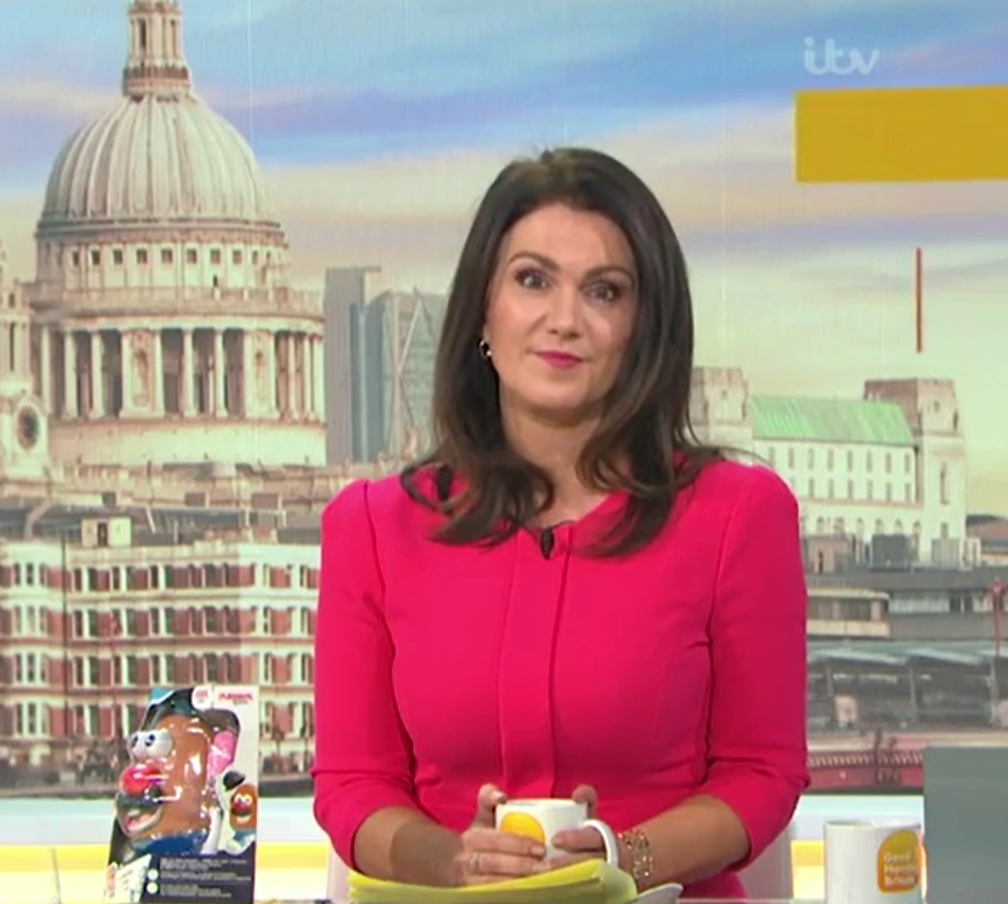 Last week, toy company Hasbro confirmed that they are only dropping "Mr" from the brand name, clarifying in a tweet: "Hold that Tot – your main spud, MR. POTATO HEAD isn't going anywhere!

The company also announced that they would start selling new play kits this autumn that will let kids create their own type of potato families, which would give the option to have two father potatoes, two mother potatoes, and so on.