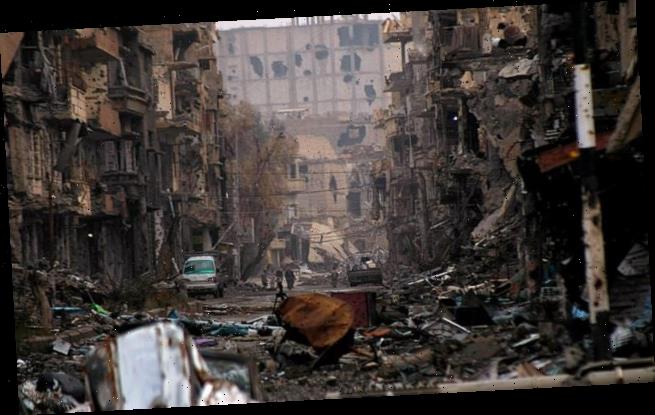 Thousands of adults and children have been tortured and raped during Syria’s civil war, UN report finds, with crucifixion and electric shocks among more than 20 common forms of abuse

Thousands of civilians have been subjected to ‘unimaginable suffering’ including torture, sexual violence and death in detention during a decade of conflict in Syria, United Nations investigators said.

The report on Monday said that men, women, boys and girls detained by government or pro-government forces were subjected to inhuman treatment and torture, including rape.

‘At least 20 different horrific methods of torture used by the government of Syria have been extensively documented,’ the report said. 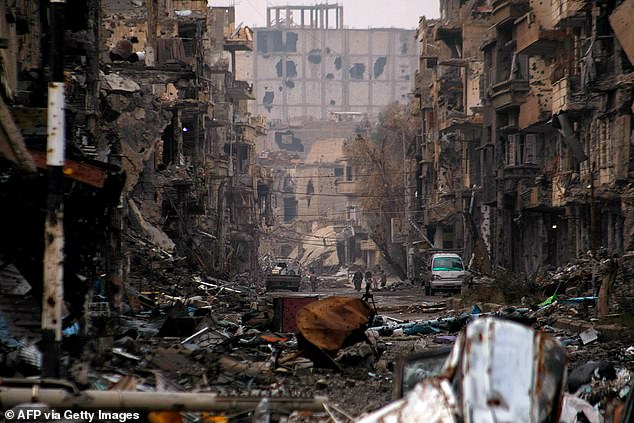 ‘These include administering electric shocks, the burning of body parts, pulling off nails and teeth, mock executions, folding detainees into a car tyre and crucifying or suspending individuals from one or two limbs for prolonged periods, often in combination with severe beating.’

Tens of thousands of civilians who were detained are unaccounted for, with no trace of their whereabouts, the UN Commission of Inquiry on Syria found.

The three-member panel’s report, based on more than 2,500 interviews conducted over 10 years, carried out investigations into more than 100 detention facilities.

It found that almost every major party that has controlled territory in Syria since 2011 has committed detention-related violations and abuses.

‘Hundreds of thousands of family members have a right to the truth about their loved ones’ fate,’ said commission chair Paulo Pinheiro.

‘This is a national trauma that needs to be urgently addressed by action from the parties and the international community.’

The report stressed that detainees continued to be mistreated in notorious detention facilities even as the conflict approached its 11th year.

‘These detainees have endured unimaginable suffering,’ the commission said. 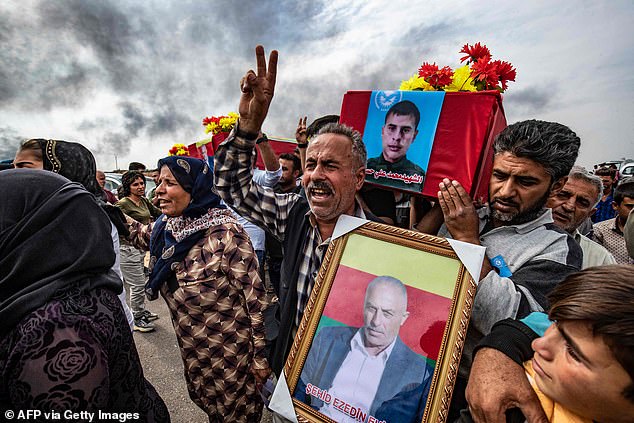 Mourners attend the funeral of civilians and fighters, who died during attacks by Turkish-led forces on the border town of Ras al-Ain, in a cemetary in Tal Tamr, near the Syrian Kurdish town of Ras al-Ain in October 2019

‘This has been happening with the knowledge and acquiescence of the governments who have supported the different parties to the conflict.

‘The fate of tens of thousands of civilians who were forcibly disappeared by Syrian government forces, many nearly a decade ago, remains unknown. Many are presumed to have died or been executed.’

Commissioner Karen Koning AbuZayd said parties to the conflict had, with few exceptions, failed to investigate their own forces, with the focus seemingly on concealing rather than probing crimes committed in detention facilities.

The authors called for all parties in the conflict to stop violations, immediately release certain categories of detainee and allow independent monitoring of detention facilities.

Its findings will be presented to the UN Human Rights Council on March 11. 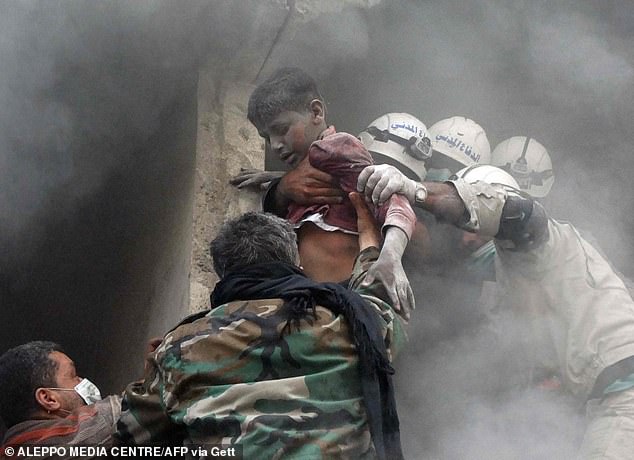 Thousands of civilians have been subjected to ‘unimaginable suffering’ including torture, sexual violence and death in detention during a decade of conflict in Syria, United Nations investigators said. Above, file image of a boy being evacuated from a building in Aleppo in 2014

The Independent International Commission of Inquiry on Syria was mandated by the council to investigate and record all violations of international law since March 2011 in the country.

The commission has repeatedly accused the various sides of war crimes and in some cases crimes against humanity.

Since Syria’s civil war broke out in 2011, more than 387,000 people have been killed and millions forced from their homes.