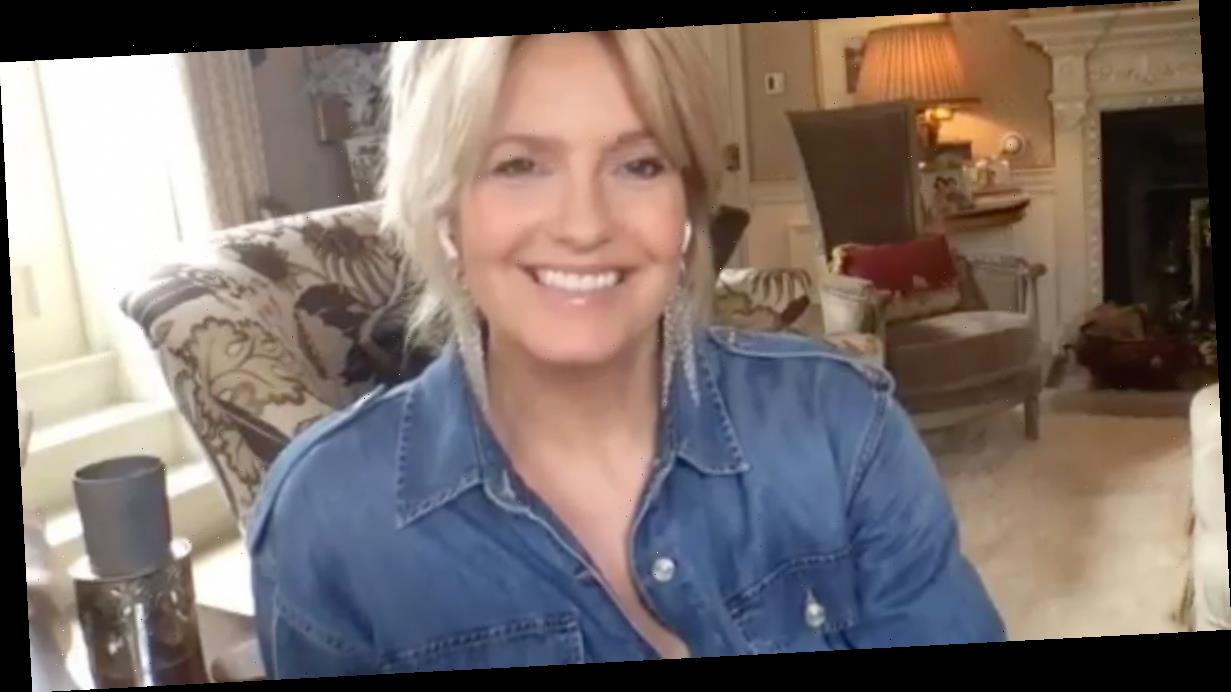 Loose Women presenter Penny Lancaster stole the show as she gave a glimpse inside her luxurious and expensive home, which she shares with her husband Rod Stewart.

As she spoke with fellow presenters Charlene White, Nadia Sawalha and Jane Moore, Penny's home stole the spotlight during the show as she sat in her glamorous front room.

Fans were stunned as they saw a glimpse of Penny's huge front room, which was filled with expensive furniture and artwork.

A huge white marble fireplace could also be seen as Penny sat on a large upholstered sofa whilst chatting to her pals on the show.

She then showed a more in-depth glimpse at the large home and estate as she took viewers outside to unveil her pet goats in a sweet video live on air.

Penny looked relaxed and happy as she fed the kids, who quickly rushed over to eat from her hand as her fellow presenters gasped at the adorable animals during Monday's show.

However, the large grounds, which looked stunning on the bright and sunny day, stole the show as the acres of land could be seen behind Penny as she sat near the goats' shed home.

Gobsmacked viewers rushed to social media during the sweet display to comment on the huge abode and lavish gardens, with one saying: "Rod Stewarts house though…"

Another added: "How many people are googling Rod Stewart's House right now?"

A third said: "A tour of a multi millionaire’s house shortly.. how nice."

A fourth chipped in: "Is Penny on the set of Downton Abbey or is that her living room?"

Penny has shown off other rooms in her house before, unveiling her bedroom and office on the show as she moved around the £4m pad in Essex.

Behind her, the four-poster bed had a patterned upholstered headboard with a pistachio curtain hanging around the back.

Framed artwork and tapestry-print cushions could also be seen as Penny revealed she and Rod shared the bed with one of their dogs.

The showbiz couple also have a second home in Beverly Hills, but spend most of their time on their Essex estate.