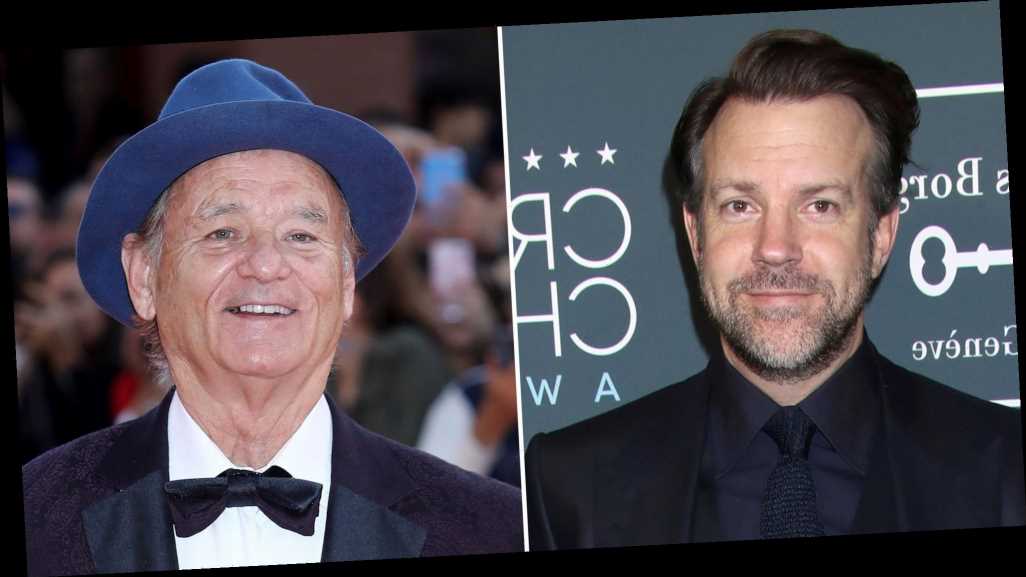 While most celebrities brought the glitz and the glamour from home as they tuned in to the 2021 Golden Globes on Sunday, February 28, some stars didn’t bother to dress up for the occasion.

“Normally, this room is full of celebrities, but tonight our audience on both coasts is made up of smoking-hot first responders and essential workers,” Fey, 50, said during their monologue. “We are so grateful for the work that you do and that you’re here so that the celebrities can stay safely at home.”

While the presenters appeared in person at The Beverly Hilton on the West Coast or Rockefeller Center’s Rainbow Room on the East Coast, the nominees appeared via Zoom.

Both Jason Sudeikis and Don Cheadle, who were nominated for Best Performance by an Actor in a Television Series, Musical or Comedy, kept it casual for the evening. While the three other men in their category — Eugene Levy, Nicholas Hoult and Ramy Youssef — dressed up, Sudeikis, 45, opted for a tie-dye hoodie designed by his sister Kristin. Cheadle, 56, meanwhile, wore a white bomber jacket.

The Ted Lasso star took home the trophy for the Apple TV series on Sunday.

“I want to give a shout-out to all the people I get to act with because they’re incredible,” Sudeikis said in his acceptance speech. “Do they make me the best? No. But I know for a fact they make me better. Better than I am, better than I thought I could be and better than anything I could do.”

After Sudeikis rambled on, Cheadle started to jokingly signal for him to wrap it up.

“Don’s right,” the Horrible Bosses actor replied. “I gotta wrap this puppy up.”

Fey joked about the moment — and Sudeikis’ sweatshirt — during the broadcast.

“If anyone wants to know where to get Jason Sudeikis’ hoodie go to NBC.com/globesfashion,” she quipped.

Scroll through to see the casual looks from Sunday’s show: