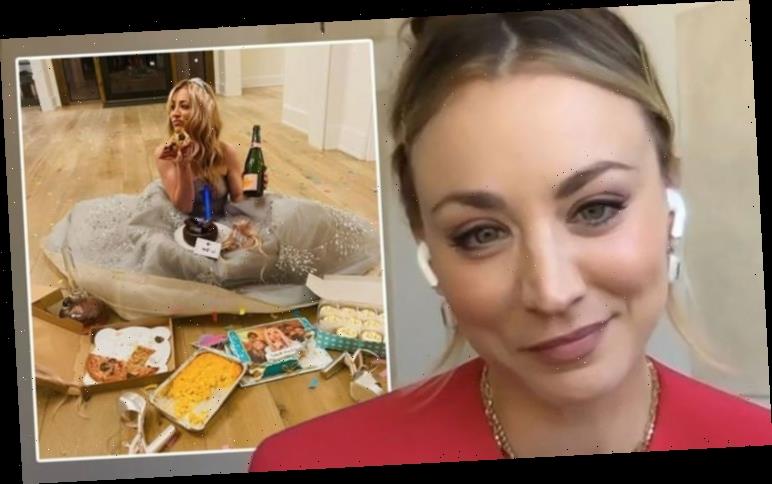 This year’s Golden Globes was like none other before, with the A-list actors normally in attendance replaced with the USA’s heroic frontline workers and hosts Amy Poehler and Tina Fey hosting the show whilst in two completely different cities. However, it was a year of firsts for The Big Bang Theory legend Kaley Cuoco as well, as she landed her first-ever nomination for her role in HBO Max drama, The Flight Attendant.

Cuoco received global plaudits for her portrayal of Cassie Bowden in the murder-mystery series.

The Flight Attendant followed Cassie who, after waking up next to a dead body whilst on a layover in her job as a cabin crew member, tries to piece together the puzzle from the drunken night before which landed her there.

It was a huge move for Cuoco who’d become a household name across the world for her role as Penny in CBS sitcom The Big Bang Theory over the past decade.

But it certainly paid off, with Cuoco landing her first-ever Golden Globe nod and while she may not have secured the accolade, she had the perfect response to missing out. 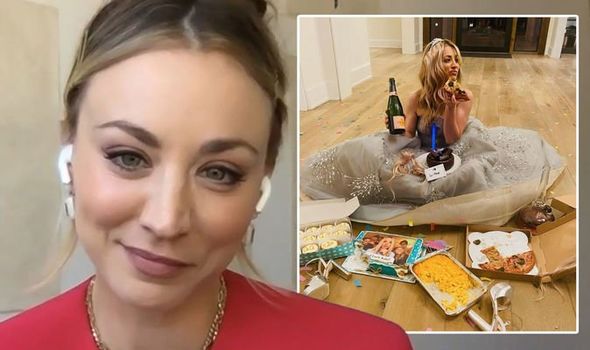 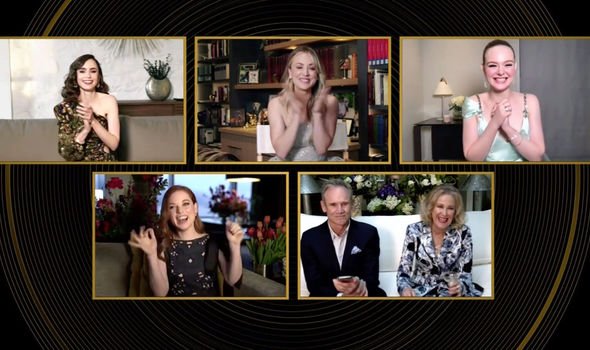 Cuoco, unfortunately, missed out on the award to Schitt’s Creek star Catherine O’Hara who bagged the Best Actress in a Television Series – Musical or Comedy gong.

But Cuoco still took the loss in her stride, sharing a hilarious Instagram post to her 6.5million followers.

Dressed in a show-stopping, glitzy gown, Cuoco posted a photo of herself delving into a pizza and cake on the floor of her home.

The Big Bang star also armed herself with a bottle of champagne, a tray full of macaroni cheese and loose hair extensions.

“I would like to thank…never mind,” Cuoco captioned the hilarious snap, followed by a series of laughing and food emojis.

While she may have missed out on the Golden Globe, fans were still full of support to the star in response to her fabulous take on the snub.

One weighed in: “@kaleycuoco just when I think I can’t love you any more.” 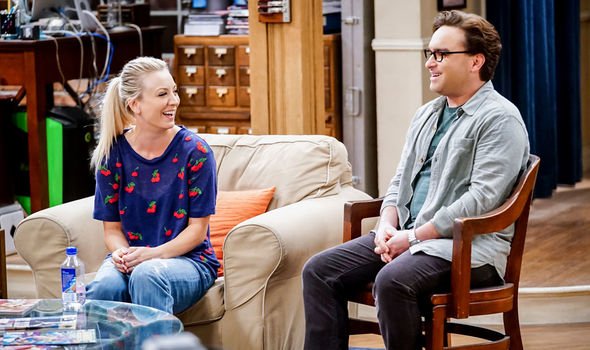 “Whaaaaat??! U r pure gold (sic),” a third added, while a fourth said: “This is truly iconic. You are truly iconic.”

The Flight Attendant itself also missed out on an award after being nominated for Best Television Series – Musical or Comedy.

Despite missing out this year, there’s still plenty of opportunities for Cuoco to bag a Golden Globe when The Flight Attendant returns for its second season.

Following its success, HBO wasted no time in renewing the hit drama for another run.

Cuoco announced the news back in December with a screenshot of a stunned Cassie.

“My reaction to the news of a @flightattendantonmax season 2 pick up,” she captioned the post.

“Omggggggg THANK YOU EVERYONE THAT HELPED ME TURN THIS DREAM INTO REALITY. Who’s ready for more?!!?”