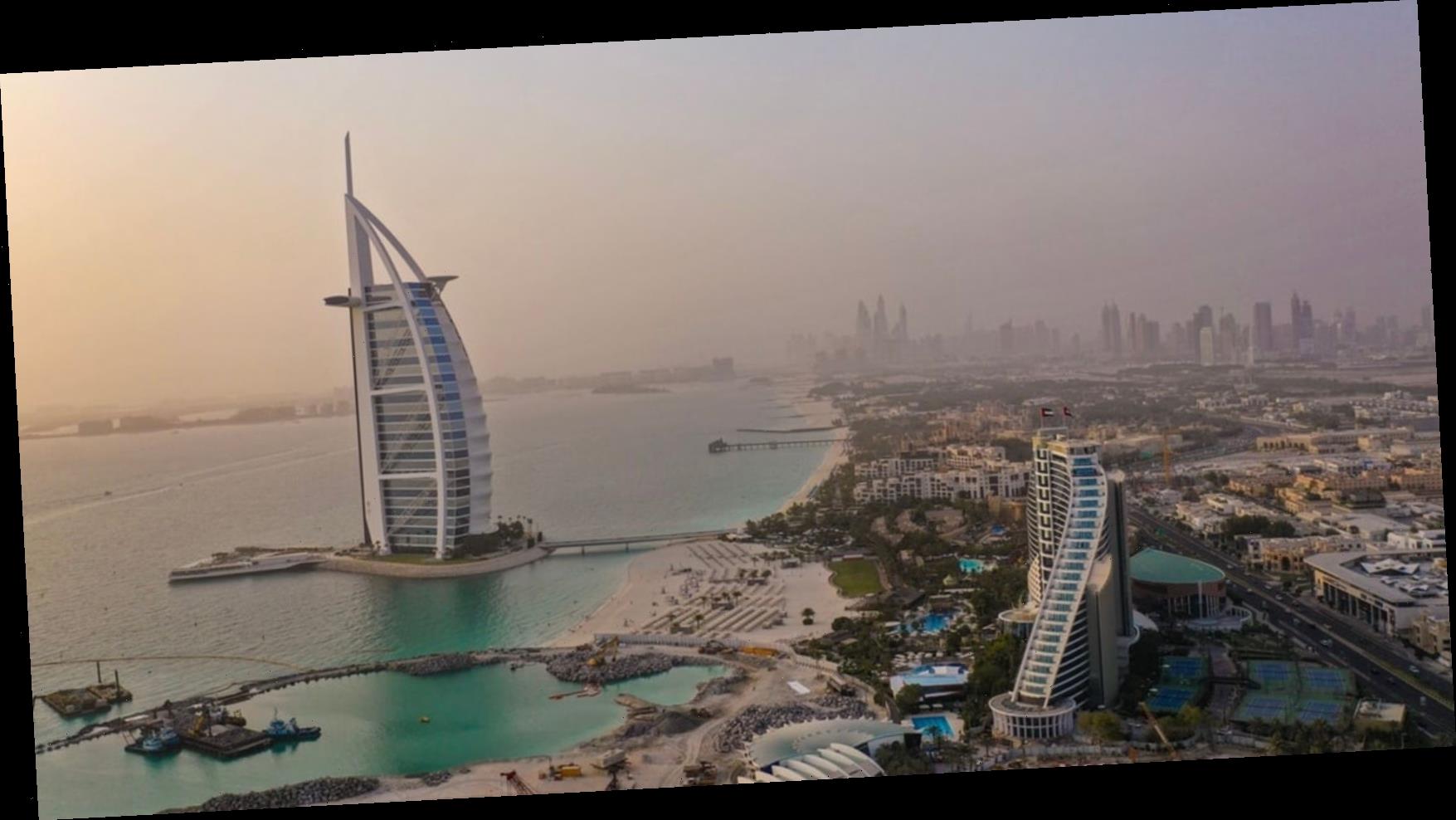 When it comes to luxury hotels, the variety can range from super posh and fancy to taking glamping to a whole different level. The Burj Al Arab takes a rather unique approach as being the only 7-star hotel in the world. At a staggering $24,000 a night, we will take a glimpse into what the Burj Al Arab is really like.

What sets the Burj Al Arab apart from other luxury hotels is that it’s not just the only 7-star hotel in the world, but it’s set on its very own private man-made island. From the outside, the hotel is anything but ordinary with its striking ship-sail design; placed on the stunning Arabian Gulf, the Burj Al Arab offers up picturesque views from all 202 of its rooms. While the exterior of this 7-star luxury hotel is nothing to bat an eye at, neither is the interior

The Icon of Dubai

In 1993, architect Tom Wright of WS Atkins began to construct the Burj Al Arab and it opened in 1999, as reported by iDesignWiki. With the hotel being bigger than the Eiffel Tower and equipped with its very own helipad, it’s not a wonder why the Burj Al Arab is considered to be the icon of Dubai.

What sets the Burj Al Arab apart from many other luxury hotels is that it’s set upon its very own manmade island. The island itself took two years to create and is a marvel to gaze at. Any visitor fortunate enough to stay at Burj Al Arab is rewarded with the spectacular views of the crystal blue ocean and sandy beaches. For beachgoers who enjoy the feel of sand between their toes, can experience the gorgeous Umm Suqeim Beach (Sunset Beach).

Burj Al Arab Has Broken a Number of Records

Of course, being such an outrageously luxurious hotel comes with breaking a few records. It has been reported to being the tallest all-suite hotel in the world. The hotel also serves the most expensive cocktail in the world when it broke the Guinness World Record; the cocktail is valued at a staggering 27,321 AED.

In 2016, the hotel created the world’s largest tin can of caviar. It contained 17kg of Empress caviar, which is the world’s only fully-certified organic caviar from native-raised sturgeon, as reported Jumeriah.

You may be wondering what exactly does a $24,000 a night hotel look like on the inside– and yes, it definitely lives up to any expectation you may have had. Just walk into the lobby and you will be blown away by the 24-gold carat embellishments you see all around. The interior is equipped with statuary marble, the same marble that Michaelangelo used to create the Statue of David

If that isn’t enough to take your breath away, there is a spectacular ceiling adorned with 21,000 crystals in the Japanese restaurant. The hotel’s atrium boasts to be the largest in the world at 600 feet high. The only rooms available are suites, and there are 220 of them.

What a Vacation at the Legendary Hotel Looks Like

When guests arrive in Dubai, they are given the luxury option to be picked up from the airport in a Rolls Royce Phantom. Or for a price tag of over $1,000, guests can choose to arrive in their very own private helicopter to the hotel’s own helipad. After you check in to the hotel, it’s time to have fun. A complimentary drink will be given to you after you are guided to your luxury room.

For $1,000 a night you can stay in a one-bedroom suite which features luxury views, king-size beds, and a jacuzzi. Or perhaps you may want to opt for a family suite at $5,000 a night which can accommodate up to six guests. If you desire more luxury, it only goes up from there. The Presidential Suite is the most popular choice at a whopping $15,000 a night; equipped with 2-bedrooms, a gigantic library, a bar, jacuzzi, private lounge, and a spectacular view.

However, the most spectacular luxury room at the Burj Al Arab is the pricey Royal Suite. At a staggering $24,000 a night this is one of the most expensive hotel rooms in the entire world; boasting 8,395 square feet of luxurious space on the 24th floor and features its own private elevator. This room features 2 full-size bedrooms and bathrooms, a walk-in closet, a lounge, a library, and a private cinema, according to YouTube.

The Only Hotel in the World to Gain 7-Stars

How the Burj Al Arab gained its 7-star fandom came in a rather unexpected way. In 1999, a British journalist wrote an article about the hotel declaring that “he had to give the luxury hotel 7-stars.” It didn’t take long for the hotel’s guests to feel the same way and soon enough was attracting celebrities from all over the world. The likes of Kendall Jenner, Gigi Hadid, and Selena Gomez have been spotted staying at the swanky 7-star hotel.

So if you have the opportunity to go all-out in Dubai, consider splurging at the luxurious Burj Al Arab. It certainly will not disappoint!