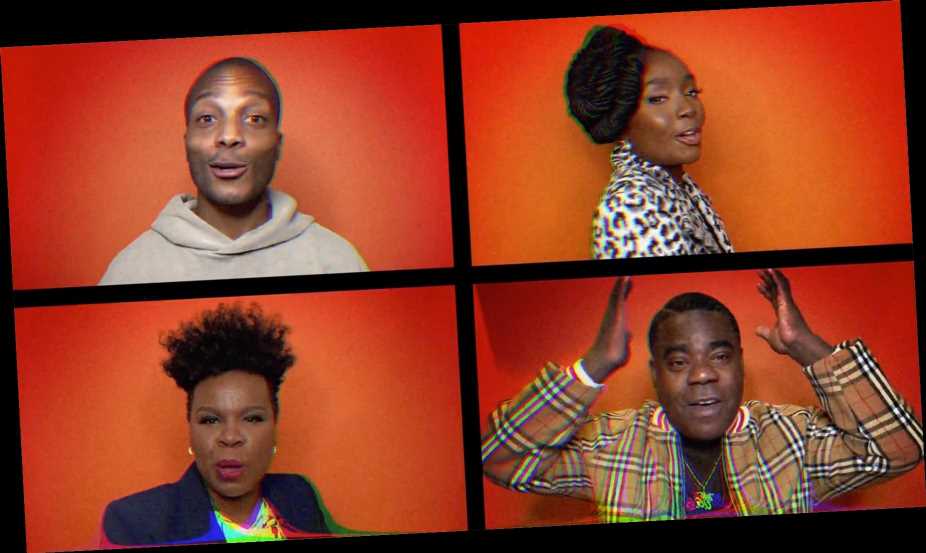 In Coming to America, Eddie Murphy’s Prince Akeem vied for the affections of Lisa against Eriq La Salle’s Darryl, the heir to Soul Glo; a commercial for the Jheri curl-inducing hair products that plays through a store window during the film and inspires Akeem to cut his hair to woo Lisa.

In this exclusive bonus clip, the Soul Glo ad gets a silky 2021 update, although the Nile Rodgers-penned jingle thankfully remains intact.

In addition to Murphy and Arsenio Hall, most of the Coming to America cast returns for the long-awaited second installment, including James Earl Jones, Shari Headley, Vanessa Bell Calloway, John Amos, and Paul Bates. New additions to the cast include Teyana Taylor, Nomzamo Mbatha, and Bella Murphy.

The sequel also sees the return of additional characters played by Murphy and Hall, like the Queens barbershop owners and the funk band the Randy Watson Experience.