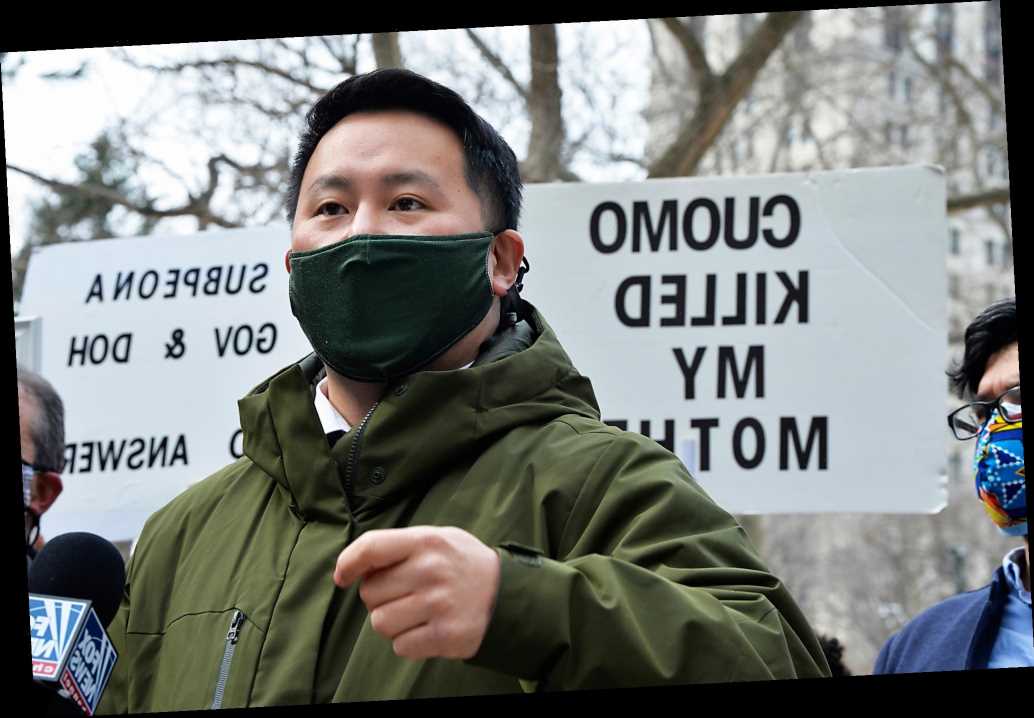 All in: Poll shows major support for NY casino expansion amid pandemic

Assemblyman Ron Kim on Wednesday intensified his push for Gov. Andrew Cuomo to be impeached over the widening nursing home COVID-19 death scandal as he also pressed for more accountability of the facilities.

During a rally in Manhattan’s City Hall Park, Kim called on Cuomo to repeal the pandemic-related immunity granted to nursing homes and hospitals and to make public all his communications with people tied to those industries.

“We know that his poison pill of giving legal shields to some of the worst nursing home executives at the peak of the pandemic led to more unnecessary deaths that we could have actually [prevented] if we had had all the data and information in real-time, which he admitted that he suppressed in the last seven months,” Kim said.

Kim, a Democrat, also called for Cuomo and the state Democratic Committee to return a total of $10 million in contributions from the Greater New York Hospital Association, and for US Rep. Jerry Nadler (D-Manhattan) to convene a hearing into New York’s nursing home death toll.

“Today, we are going to give Cuomo a chance to go back in time and do the right thing,” he said.

Kim’s remarks came the same day a former Cuomo aide, Lindsey Boylan, detailed her previous claims of sexual harassment by the governor, leading US Rep. Elise Stefanik (R-Glens Falls) to call him a “criminal sexual predator” who “must immediately resign.”

Kim was joined at the rally by about 20 people, including several fellow Democratic elected officials and others — including Fox News meteorologist Janice Dean — whose relatives died of COVID-19 contracted in nursing homes.

“And the secret that everyone knows is this is not new for Gov. Cuomo. This is who he has always been long before the pandemic,” Williams said.

“It is finally exposing who we knew this governor was all along, from pay-to-play with real estate to pay-to-play with nursing home owners, to ducking accountability, to passing blame to everyone but himself, to bullying tactics.”

Last week, Kim accused Cuomo of threatening to destroy him politically over critical remarks Kim made to The Post in an exclusive report about the Cuomo administration’s cover-up of the state’s nursing home death toll.

In a recording obtained by The Post, top Cuomo aide Melissa DeRosa privately told Democratic lawmakers on Feb. 10 that the administration withheld the number of residents who died in hospitals from them and the public due to fear it would be “used against us” by federal prosecutors.