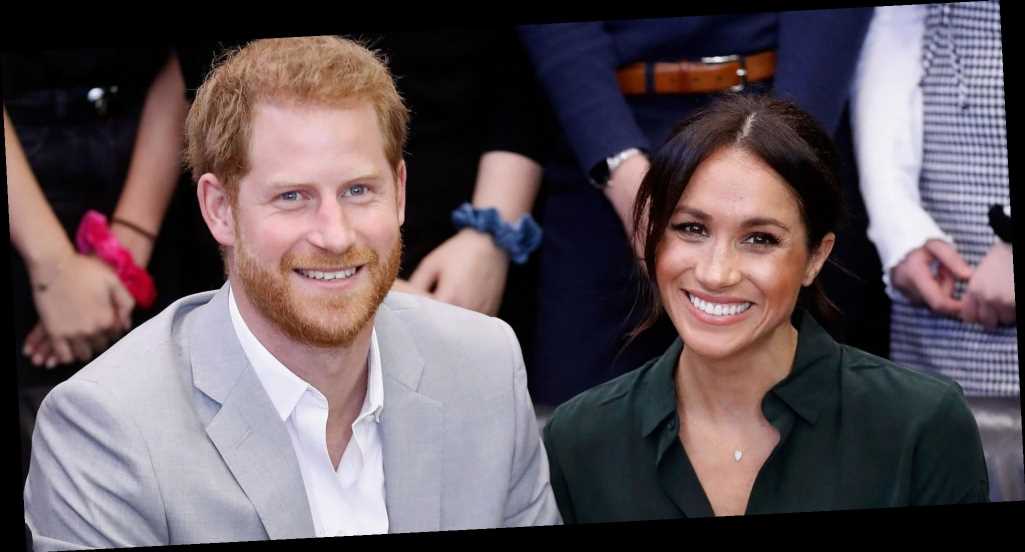 Prince Harry just gave one of his most candid interviews to date with none other than host of the Late Late Show with James Corden, so buckle up because we learned A LOT about the Duke.

While taking tea a-top of a double-decker tour bus with Corden — which Harry named as a new segment of the show instead of "Carpool Karaoke": "Tea on the 405" — Harry spilled the tea (both figuratively and, uh, quite literally — those L.A. roads can be bumpy.)

For the first time ever, he gave Corden some insight into the couple's decision to split from their royal duties — which was mostly due to the toxic environment of the British Press.

RELATED: Prince Harry Shared His Thoughts on The Crown

"It was never walking away," he told Corden. "It was stepping back, rather than stepping down. You know, it was a really difficult environment, as I think a lot of people saw. We all know what the British press can be like and it was destroying my mental health. I was like, 'This is toxic.' So I did what any husband and what any father would do. I was like, 'I need to get my family out of here.' But we never walked away. And as far as I'm concerned, whatever decisions are made on that side, I will never walk away. I will always be contributing, but my life is public service, so wherever I am in the world, it's going to be the same thing."

Speaking of being a great husband and father, Harry also opened up his relationship with Meghan (who affectionately calls him "Haz") and when he knew she was the one. "On the second date I was starting to think, 'Wow, this is pretty special.'" He continued by saying, "It was the way we hit it off with each other and we were just so comfortable in each other's company."

And dating a royal is kind of like a sped up, backwards version of real-life dating (not unlike the Bachelor) where you really get to know the person at home since you can't be seen in public, Harry explained.

"Dating with me, or with any member of the royal family I guess, is kind of flipped upside down," he said. "All of the dates become dinners or watching the TV or chatting, at home. And then eventually once you become a couple, then you venture out to dinners, to the cinema, and everything else. So everything was done back to front for [Meghan and I]. So actually, we got to spend an enormous amount of time just the two of us, rather than going to friends' houses or out to dinner, where there are other distractions. There were no distractions and that was great. It was an amazing thing. We went from zero to 60 in the first two months."

A typical night now for him and the Duchess?  "We do Archie's tea, give him a bath, read him a book, put him down, go downstairs, Meg might cook a meal, might order takeaway, go upstairs, sit in bed, turn the TV on, watch some Jeopardy, maybe watch a little bit of Netflix."