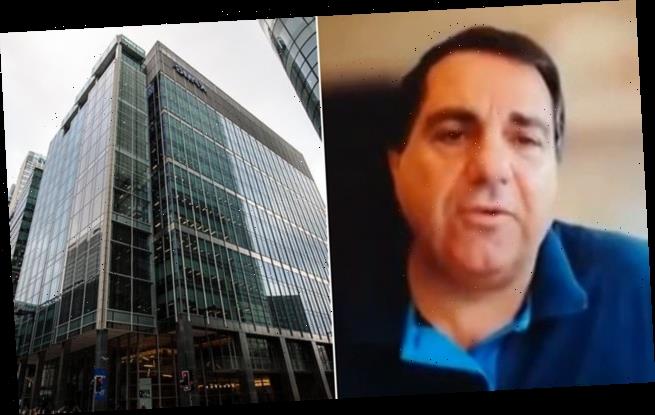 KPMG is set to split the role of a boss who quit over a video telling well-paid ‘woke’ staff that they were ‘lucky,’ and should stop moaning during the pandemic.

Bill Michael was recorded during a Zoom meeting telling 1,500 consultants that they work in a ‘very lucky sector’.

The 52-year-old Australian, whose salary sat at around £1.7million, described the concept of unconscious bias as ‘complete and utter c**p,’ telling staff they should quit ‘polaying the role of victim,’ during the pandemic.

Mr Michael had apologised and temporarily stepped down pending investigation – but later submitted his resignation from the role of chairman.

Today the auditing giant announced it was changing the way its UK business works, by splitting the roles of chair and chief executive.

KPMG said the change was ‘in line with industry practice’. 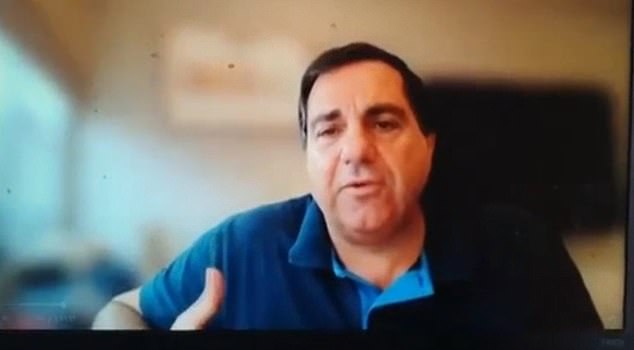 Bill Michael resigned as chairman of KPMG earlier this month after a recording of a Zoom meeting showed him telling staff they ‘lucky,’ and describing unconscious bias as ‘complete and utter c**p’

Mr Michael’s comments came to light following a report in the Financial Times, which also claimed he had spoken about meeting clients for coffee during the pandemic.

‘He literally said “I know I’m breaking the law” to meet up with people during the pandemic,’ one person on the call told the newspaper.

Free speech campaigners rode to his defence and declared him the ‘latest victim of cancel culture’.

Tory MP Andrew Bridgen said: ‘It appears the last honest accountant in the country has been sacked… cancel culture has spread into our corporate culture.’ 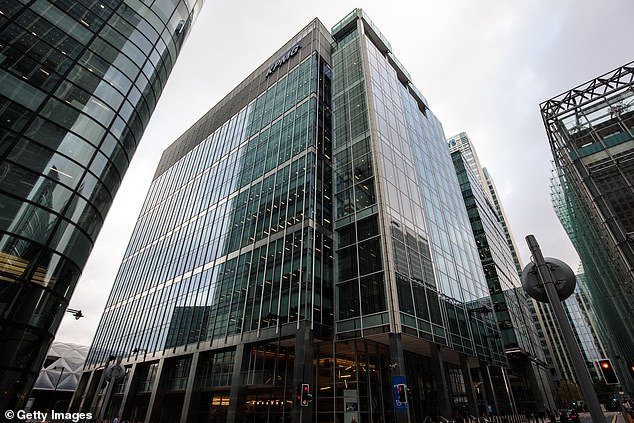 KPMG has announced it will change the way its UK business works, by splitting the roles of chair and chief executive

Toby Young, of the Free Speech Union, said: ‘He should not have been forced to fall on his sword just because he dissented from woke orthodoxy.’

Commentator Calvin Robinson said: ‘He is the latest victim of cancel culture and it’s absolutely outrageous that people are losing their jobs for speaking common sense.’

He added: ‘He could have been more tactful and sensitive in the way he made [the comments]. But that doesn’t mean he’s wrong nor that his career should have suffered because of it.’

‘And now is there time to say ‘well do you care enough?’.

‘Complete and utter c**p for years. There is no such thing as unconscious bias. I don’t buy it. Because after every single unconscious bias training that’s ever been done nothing’s ever improved.

‘So unless you care, you actually won’t change. And I think there’s a lot more care, more generally, to change. And we are in a very lucky sector…

‘Because I have spoken to a lot of partners and people at all sorts of levels where it almost feels that this is being done to them.

‘Well, you can’t play the role of victim unless you’re sick. I hope you’re not sick and you’re not ill and if you’re not take control of your life. Don’t sit there and moan about it quite frankly.’

Following his resignation, acting successor Bina Mehta said: ‘Bill has made a huge contribution to our firm over the last thirty years, especially over the last three years as chairman, and we wish him all the best for the future.’

Following today’s announcement, KPMG will hold a vote to elect a new chief executive, beginning this month and concluding in April.

While the business goes through change, Bina Mehta will continue in the post for another year.

She will oversee the election of the new chief executive, who will be given the responsibility to run KPMG UK on a day-to-day basis.

The election will give the new boss a term until September 2025.

Mary O’Connor, head of clients and markets, will continue as interim chief executive until the election is concluded.

Ms Mehta said: ‘The board has acted to ensure we continue to provide clear, long-term leadership for the firm as we deliver the next stage of our growth strategy and support our clients as the country emerges from the pandemic.

‘During the appointment process, Mary will continue to lead the firm on an interim basis.

‘She is doing a tremendous job leading the firm during what has been a challenging period.’

KPMG is one of the Big Four accounting firms which includes Deloitte, Ernst & Young and PricewaterhouseCoopers.

The firm reported a 2 per cent fall in revenue in the year to September 30 to £2.3billion.

However, KPMG did not furlough any of its staff during the pandemic, and is even overhauling its offices at the cost of £44million and bolstering remote working technology.