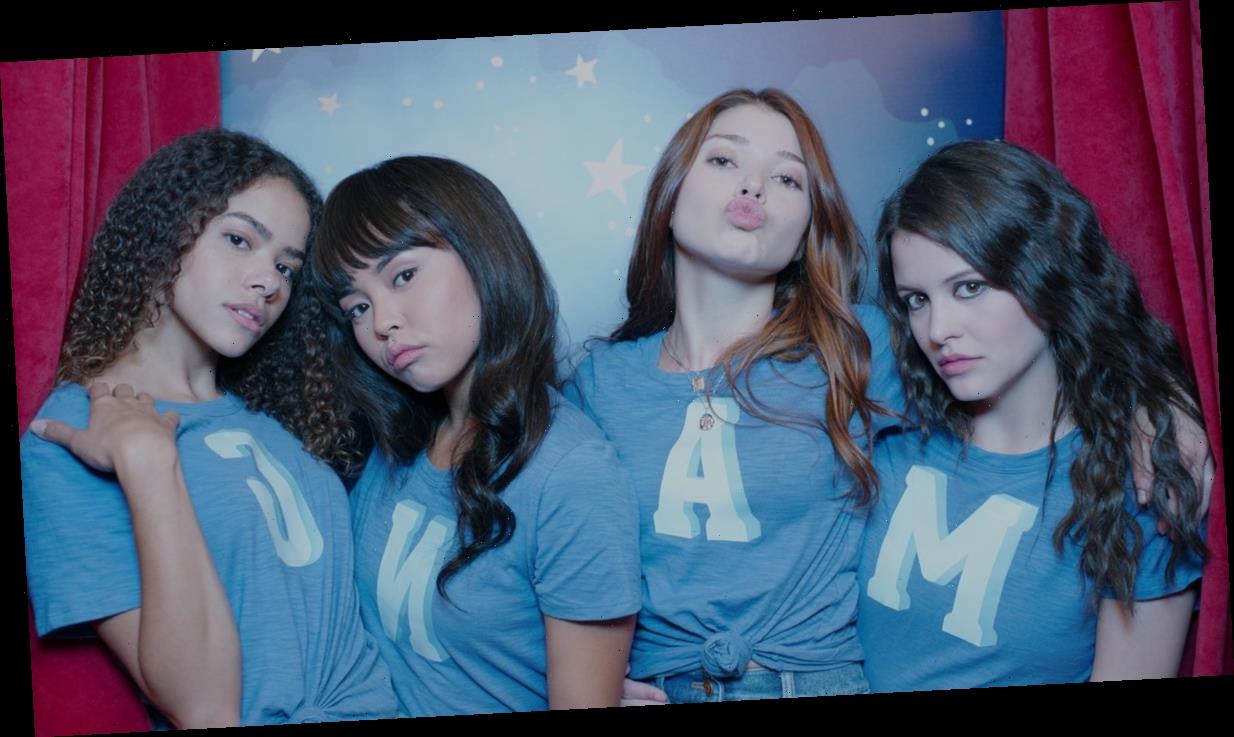 Netflix’s latest family drama series, Ginny & Georgia, is hitting big on streaming. On the heels of its Feb. 24 release, some of the cast members got together (mostly virtually) to film an episode of The Netflix Afterparty show, playing some games and revealing cute behind-the-scenes facts from the series. In this exclusive clip from Afterparty, stars Antonia Gentry and Sara Waisglass reveal they and their Ginny & Georgia co-stars got "MANG" rings IRL, proving their friendship extends beyond the boundaries of the small screen.

Warning: Light spoilers for Ginny & Georgia Season 1 follow. If you haven’t had a chance to check out Ginny & Georgia yet, MANG is the show’s version of four BFFs for life, the Carrie-Miranda-Charlotte-Samantha of their school. When Ginny first arrives at her new school, MANG is just MAN: Maxine (Waisglass), Abby (Katie Douglas), and Norah (Chelsea Clark). But with Maxine taking an instant shine to her new neighbor Ginny and both her pals quickly coming around, by Episode 3, they’re MANG, with the T-shirts to prove it.

Turns out, the co-stars got tight in real life, too. It’s not unusual for a close-knit cast to find ways to symbolize their time together on a project. For example, Maisie Williams and Sophie Turner got matching Game of Thrones tattoos. The Ginny & Georgia cast hasn’t entirely gone that far, but they did decide to put rings on it, with Waisglass getting MANG rings for her and the actors who play the "ANG" to her "M."

Check out this cute clip in which Waisglass and Gentry try their hand at The Netflix Afterparty‘s quiz.

Although MANG are pretty tight-knit up until the Ginny & Georgia Season 1 finale, the show’s cliffhanger ending leaves them in disarray. Maxine and Ginny are on the outs, and their fight accidentally sideswipes Abby, who made the mistake of keeping secrets. But there’s been no time for these BFFs to make up, as Ginny and her brother headed out of town after she discovers her mother, Georgia, might be a murderer.

But even though the on-screen friendships have disintegrated, off-screen, the cast seems to be close as ever. Even though they’re not so great at the trivia at hand, it’s clear these are a set of actors ready to make another 10 episodes together, should Netflix renew Ginny & Georgia for another season.

All 10 episodes of Ginny & Georgia‘s first season are streaming on Netflix. The Ginny & Georgia episode of The Netflix Afterparty hits the streamer on Friday, Feb. 26.