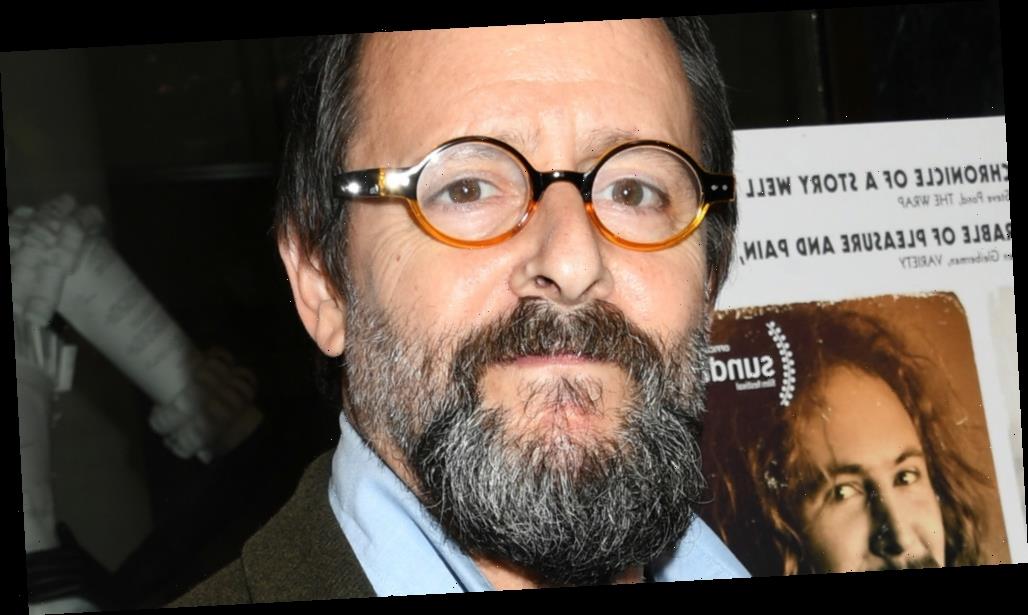 Woe unto the film business. Pull out your fainting couch. It’s time for more declarations of the death of cinema. First, broadcast television held the knife. Then, it was cable followed by video games, the internet, and Netflix. Then, COVID-19 shuttered your favorite theatre’s doors. In reality though, there have never been so many movies. They’re smaller — in cost and in scope — and they fit in the palm of your on-demand hands. And as long as the 90-minute drama survives, aren’t we OK here?

Judd Nelson is one star who’s been there for it all. When the “Brat Pack” trouper broke into major feature films in his 20s with iconic hits like St. Elmo’s Fire and The Breakfast Club, Hollywood was rounding the bend towards a second Golden Age. It was an artistic sweet spot before computers turned celluloid into frenetic digital gibberish and before stars were taking home eight-figure checks for their efforts. Those days are nearly gone, but Nelson is now among the Neo-Gilded Age stars to embrace a second act. Lifetime tapped him to play a villain in their juicy, small-screen thriller Girl In The Basement, which is inspired by the story of Elisabeth Fritzl, a daughter held captive by her father for 24 years.

In an exclusive interview with Nicki Swift, Nelson opened up about how much has changed during his storied run through the Hollywood labyrinth.

Judd Nelson hints the movie star is all but gone

A mega-talented young starlet by the name of Stefanie Scott stars alongside Judd Nelson in Lifetime’s Girl In The Basement as the captive daughter. Over the course of her short career, Scott has racked up a slew of TV and smaller film credits. As of this writing, Scott is 24, almost the same age as Nelson was when he blossomed into “Brat Pack” superstardom in the 1980s. Scott gives a stand-out performance as the eponymous Girl In The Basement, and seems poised for a blockbuster breakout herself.

However, given the state of film, Nelson isn’t so sure the expression “movie star” even makes sense anymore. “It seems like a retrospective term,” he told Nicki Swift. “It’s hard to anticipate anything really. Who knows what people are going to like, or not like. A film can be great, but no one will see it. So, it’s like, you didn’t even do it. You can do terrible work in a terrible movie that makes $200 million in a year and you’re like walking on water.”

For Nelson, despite all the changes, the thing that remains constant is just doing the work. “You can’t really plan for the results. You have to make sure that you like to work for work sake and then, everything will be fine.”

Judd Nelson’s longtime collaborator John Hughes owned 1980s romantic comedies. Hughes infused so much heart and verisimilitude into projects like Ferris Bueller’s Day Off, Sixteen Candles, and the aforementioned The Breakfast Club, he became a genre unto himself.

Nelson started his career on the stage, not the big screen, and told Nicki Swift that Hughes had some theatrical tricks to make his ensemble comedies feel so real. Before shooting started, the director got his young Breakfast Club cast together to start playing out the ruthless high school pecking order central to the film’s theme. Nelson, playing the rebel, was first to pipe up.

“The first day, Hughes has us all sitting at the same table and I go, ‘I’m not sitting with them.'” Suddenly, the cast started paring off in clicks, just like the script. Nelson continued, “And then Ally [Sheedy] goes, ‘I don’t want to sit with them.'” Then, according to Nelson, Emilio Estevez chimed in, saying, “‘Well, I’ll sit with Molly [Ringwald],’ and we all go, ‘Yeah, of course, you will.’ And its already begun. Its already begun because Hughes was so not worried about being in charge. He was the captain of the ship. … It was really remarkable.”

Another lost trick Hughes employed? The Breakfast Club was shot sequentially so the actors could understand the story that was unfolding. Few films today take such pains to create credible chemistry, “Most movies are not like that. It’s like, ‘Whatever.’ They think a read-through is a rehearsal,” Nelson said.

Judd Nelson will always be beloved by fans for his work with John Hughes, and he understands that his “Brat Pack” days are immortalized. “Certainly Breakfast Club was the first movie I made that was seen by a large group of people. If people had a first impression of me from my work, that would probably be it. And working with John Hughes was magnificent.” He continued, “A lot of people use the word collaboration, but they don’t mean it. I think a lot of directors see actors as necessary evils. Hughes liked us. He liked actors.”

That being said, every star has that unsung gem in their catalog. For Nelson, it was 1991’s The Dark Backward, which was directed by Adam Rifkin and co-starred the late Bill Paxton, who died in 2017. Nelson lamented the passing of his old friend, while calling the work they did the “most interesting” of his career. In the movie, Nelson plays an aspiring stand-up comic who begins growing a third arm out of his back.

Ultimately, the film didn’t hit with audiences like some of Nelson’s other projects — maybe it was too strange. After all, there were quite a few moving pieces. However, according to Nelson, effortless moving pieces are essential for quality viewing. “A great movie is like a Swiss watch,” he told Nicki Swift. “Every piece does its function perfectly in concert with all the other pieces.”

For Nelson’s latest role in a Swiss watch-esque movie, keep your eyes peeled for Girl in the Basement, which premieres on Lifetime on Feb. 27, 2021, at 8/7c.