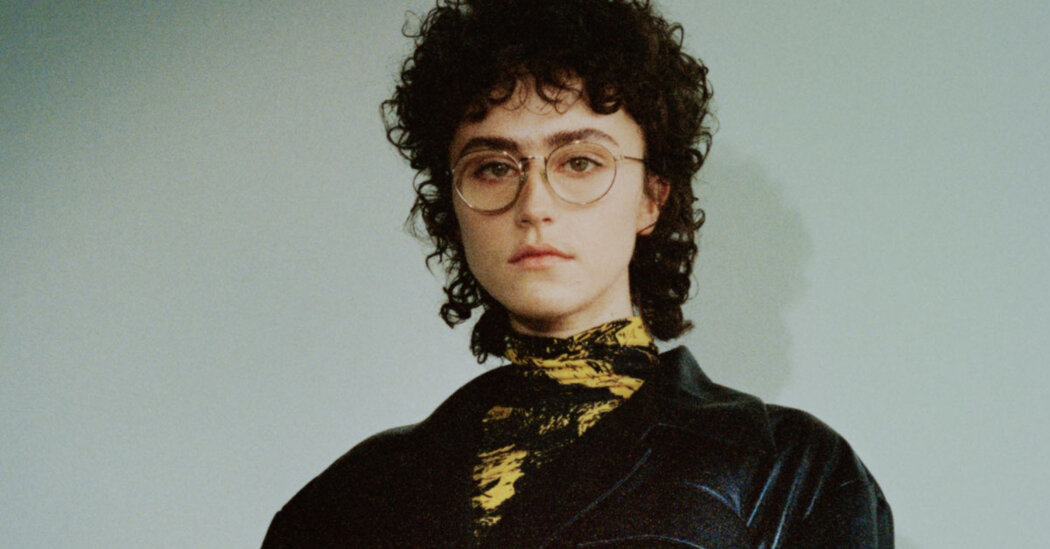 Lulled by the cadence of four days of New York Fashion Week experienced through the computer, it was easy to miss the curly-haired, bespectacled model in the slouchy black trouser suit strolling by the Parrish Art Museum in the Hamptons, just one of the elegant, arty denizens of Proenza Schouler’s fall 2021 collection video.

But wait. Stifle that yawn. Squint, and squint again. Not just at the jacket closed by a single white button at the breastbone and cleverly structured to suggest, in its line and twisty attitude, the whiff of a cutaway; not just at the butter-soft tough leather coat she wears moments later; but at the woman herself. Is it … maybe … yes …

Ella Emhoff, the 21-year-old stepdaughter of Vice President Kamala Harris, knitwear designer and newly minted model, making her debut appearance in a show less than a month after she first came to the attention of the world at the inauguration of President Biden.

Suddenly the shows, which had been feeling increasingly shrunken in the confines of the small screen, popped back into focus.

Was it a gimmick, to capture attention in a discombobulated world? Maybe, a little. (It worked.) But it also served as a reminder of what fashion week is supposed to be about.

And that is? “This new moment in American history,” Lazaro Hernandez, the co-designer and co-founder of Proenza Schouler, said via Zoom the day before the video was revealed. “A return to intelligence and values. And that was also what we wanted to show with this collection. That …”

“That,” his partner Jack McCollough chimed in, “we are on the precipice of a new era.” 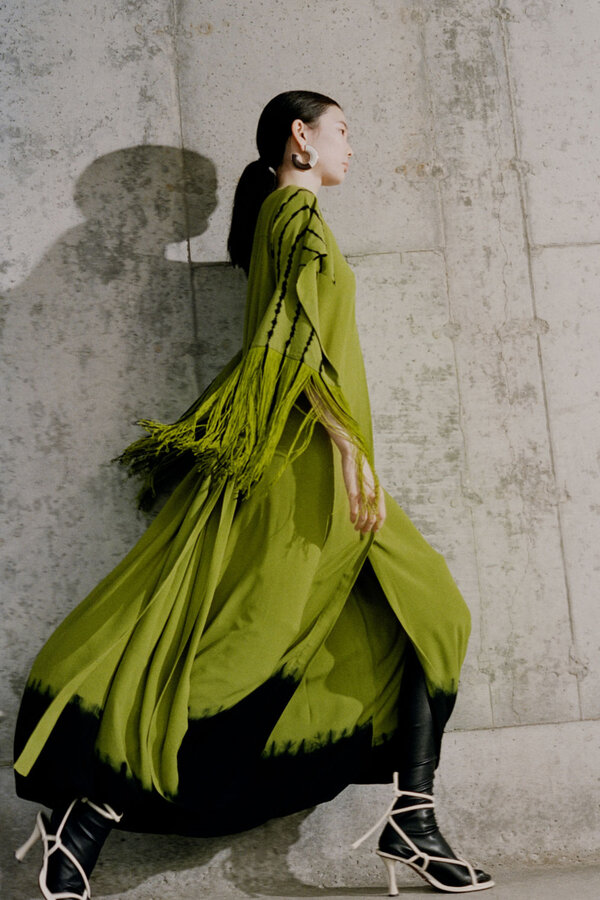 Welcome to New York Fashion Week, the transition. Most of the big names, the household ones that draw foreign editors and retailers to the city, were absent. Even most of the smaller breakout names were gone, all of them showing on unofficial dates so spread out that “New York Fashion Week” got repositioned as merely one part of “the American Collections,” a free-floating concept that exists year-round.

It would have been easy, even tempting, to dismiss the whole digital exercise as a dying allegiance to an old way of doing things. But among those who stuck it out and seized the day(s) there were glimmers of something: defiance, optimism, faith in the future. As a result, a better name for the event might have been one suggested by Mr. Hernandez: “the liminal collections.”

The ones created to bridge the space between the working-from-home isolated reality that was, and the world that will be.

See, for example, Proenza Schouler’s terrific bar-raiser of a collection, which combined tactile details — macramé and crochet inserts, silk fringe, dip-dyed hems, sheepskin slippers — with deliberately torqued tailoring in jersey, wool and leather. There was also easy layering, so that everything was sort of off-center and unexpected. What appeared to be layers of slip dresses and wrap skirts were in fact a single garment; jackets could be cinched or uncinched in the back to pull the sides hither and yon; and the effect was both cocooning and peekaboo, like a body emerging from a chrysalis into the open air.

Or see Gabriela Hearst’s equally tactile, equally mindful work, also traveling the fine line between snuggling materiality and finely honed construction. Filmed in a cavernous warehouse in Brooklyn, the collection was inspired by the 12th-century nun Saint Hildegard of Bingen and dedicated to the idea of “hope” and a “future free of apathy.”

So said the designer, anyway, during a backstage Zoom tour through cream cable dresses inset with a black leather corset at the waist or a champagne silk version of the same, cut with a splash of black lace, and trenches tied with big knots at the shoulders rather than military epaulets. They weren’t quite swords into plowshares, but you could get the hint. Especially paired with fluted cashmere skirts and matching sweaters sprinkled with three-dimensional flowers based on drawings by Ms. Hearst’s 12-year-old daughter. This time, it’s personal.

Batsheva Hay, whose work has gotten increasingly eclectic, mixing her trademark postmodern prairie dresses with rocker crushed velvet, even photographed friends and models like Amy Fine Collins in their kitchens, with cookware and quiches and washing machines. Not slumming it, but all dressed up and dreaming of somewhere to go.

Prabal Gurung captured the mood when he asked his models — men and women dancing around in a polka-dot floral explosion of red, pink, black and white, flared pants, flamenco skirts and other sartorial odes to parties past — what they liked about New York.

“I always feel like I’m walking in a movie when I’m in New York,” one said. “New York gives me hope,” said another. Also, “New York gives me energy.” It was, Mr. Gurung said, a love letter to the city and the spirit he believed would come back.

Speaking of hearts: Imitation of Christ featured two in its video — giant, virtual, 3-D human hearts, pulsing in time around models in the designer Tara Subkoff’s funk ’n’ flapper collection of Deco beaded streetwear, a reference to Covid-19 and what sustains us. At the end, they burst into bloom, and what was unsettling turned into a moment of grace. Which may be the happy ending we are all hoping for.

New York — the actual city — was something of a through line in a number of shows. Jason Wu set his easy-to-digest sportswear redux and silk shmattes amid the walls of a fantasy General Store filled with real fruits and vegetables. (They were later donated to City Harvest.) Ulla Johnson sent her parade of crafty knits and earth-tone dresses with statement sleeves through the marble-floor vastness of Lincoln Center’s public spaces. Rather than signifying emptiness, the effect was to suggest that some day, those rooms would be full again. And so here was something to wear.

For sheer exuberance, however, it was hard not to smile at Libertine’s neoclassical patchwork of dancing brocades, khaki emblazoned with poetry, and shooting star suits, traced by lines of silver. Or Collina Strada’s animorphs: upcycled finery in the form of T-shirt dresses with huge panniers at the hips and various pastel print separates seguing into creatures only sometimes seen in nature. The point being, this is a season of metamorphosis. We might as well embrace it.

Christian Cowan summed up it all up in his short film featuring Bowen Yang and Chloe Fineman of “Saturday Night Live” playing versions of themselves crashing, sweatsuit-clad, into a high-camp party of feathered, studded and sequined fabulousity in the (otherwise empty) Pierre Hotel. At the end of the skit, as the pair stumble out of the building, now dressed in sequined grape-toned pajamas (Mr. Yang) and a lilac crystal top, zip-up miniskirt, and faux fur (Ms. Fineman), they run across a confused fan who is startled at their new look. Are they playing a part? she asks.

The answer, they huff, is simple: “This is who we are now.”