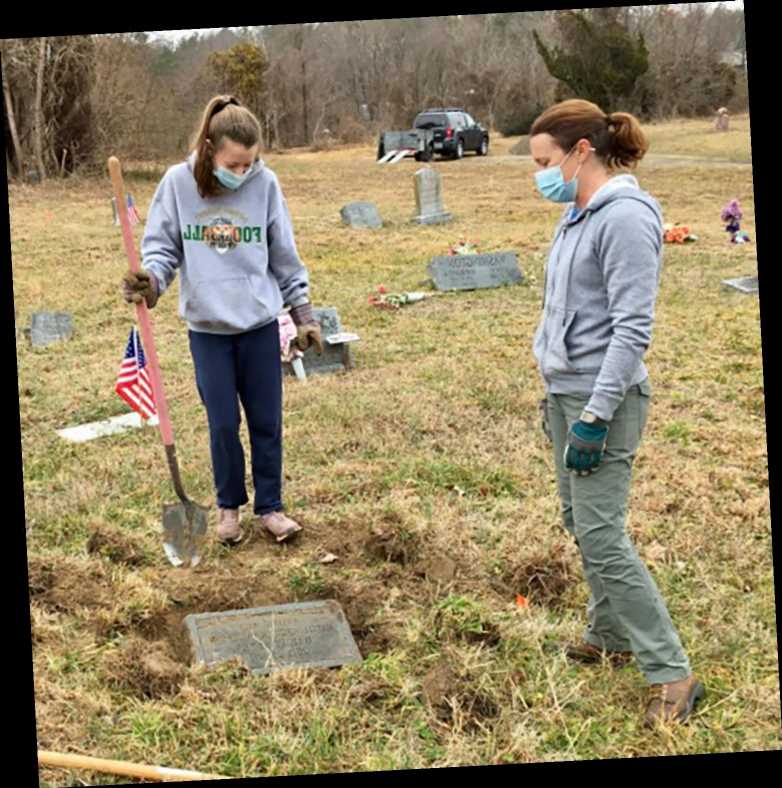 The grave of tennis legend and humanitarian Arthur Ashe sits in a cemetery off the beaten path in Richmond, Virginia. His final resting place is next to his mother, Mattie, and nearby, other, more local Black heroes lie six feet under, too, like Rev. John Jasper.

A historic African-American cemetery founded in 1918 by civil rights activist and newspaper editor John Mitchell Jr., Woodland Cemetery has fallen into disrepair in recent years — overgrown weeds keep people from walking freely, while half of the headstones are no longer even visible.

Enter Marvin Harris. Armed with a team of dedicated volunteers — and a few good power tools — Harris, 72, is turning things around for Woodland, just as he did for Evergreen Cemetery, another Richmond-area historical Black cemetery that had fallen on hard times. "A lot of those people had laid the groundwork, the foundation, to make it a little bit easier for me to get that education, to get that decent job, to pursue the things that I wanted to do," he tells PEOPLE of those interred and buried at the cemeteries. "I just wanted to bring that respect back to them."

For Harris, the mission began about 15 years ago after he learned that Maggie L. Walker, the namesake of his local high school and the first Black American woman to run a bank, was interred at Evergreen. He took a trip out after seeing an article asking for volunteers, and says that on that "daunting" first day, he put in about six hours of work in the July humidity.

Flash forward about a decade: Harris happened to go by Woodland, and was shocked by the terrible condition of the 30-acre space.

With a renewed fire to make change having been lit, Harris decided he'd focus his efforts on Evergreen first, as he was on the planning committee for his high school's 50th reunion, and thought that cleaning up the 60-acre cemetery where Walker was buried would be a good start. "I was born and raised in the Richmond area. I knew a lot of these people," he says. "There are educators, lawyers, doctors. I'd seen the names, heard the names, and their place in history. When I went out there, I teared up to see the conditions."

With a group of volunteers by his side, as well as walk-behind lawnmowers and gasoline-powered tree trimmers, Harris made significant progress at Evergreen — and has been able to shift his focus to Woodland.

He bought Woodland for $50,000 in August, helped along by a $25,000 donation from Henrico County, as well as an unspecific amount of monetary aid from Ashe's widow, Jeanne Moutoussamy-Ashe.

"I support these efforts to restore the Cemetery and unlock the rich stories of those buried there. A holistic understanding of Richmond's poignant history may be the best way to lead us all into the future," Jeanne said in a statement at the time. Over at Woodland, a dedicated group of volunteers had already begun making headway, including Kathleen Harrell, a first-grade teacher at Shady Grove Elementary School.

Harrell tells PEOPLE she was shocked to discover two years ago that Ashe was buried in Richmond, and that her surprise inspired her to dig deeper into the local, long-forgotten cemeteries.

An initial trip to Woodland shocked her: "I saw grass six feet tall. I saw briars. I could tell that they were headstones, but they were completely covered. I just felt like I had to do something," she recalls.

After rounding up family and friends, she managed to clear some trees, and soon found herself returning each weekend with a growing group to uncover headstones, pick up trash, mow grass and remove fallen trees. Both she and Harris also credit the efforts of volunteer John Shuck, who is also working on restoring a third local Black cemetery called East End.

Harris estimates that they've so far been able to uncover about 75 headstones previously lost to the cemeteries' overgrown greenery, and that the efforts have even brought about heart-touching family reunions.

"A man came about a month ago and said, 'My mom died when I was 8 years old, and I'm in my 70s now. I have some vague memories of being here as a child, but I don't know where she is and I want to place a stone for her,'" says Harrell, who has been working on a map of burial sites since 2019. "And we were able to find out where she was buried and he was able to place a stone there… It's rewarding and it's a great way to give back to the community in a really special, meaningful way."

Despite making progress, each annual growing season puts the volunteers pretty much back at square one, and Harris and Harrell estimate that the cost to keep Woodland under control each year is about $150,000. Harris also hopes to spruce up in the place in other ways, such as opening an education center to teach local children about the area's history, and bringing in a golf cart so that families searching for loved ones don't have to walk half a mile.

"Because people are feeling safer [thanks to our work], lots more people have been coming back to visit their family members," says Harrell. "We have people saying, 'I haven't been here in 20 years. I used to come out all the time and maintain my family's lot, and it just became so overgrown. I just felt so unsafe that I stopped coming and now I'm back.'"

Those looking to donate to the cemetery's care and upkeep can do so here.