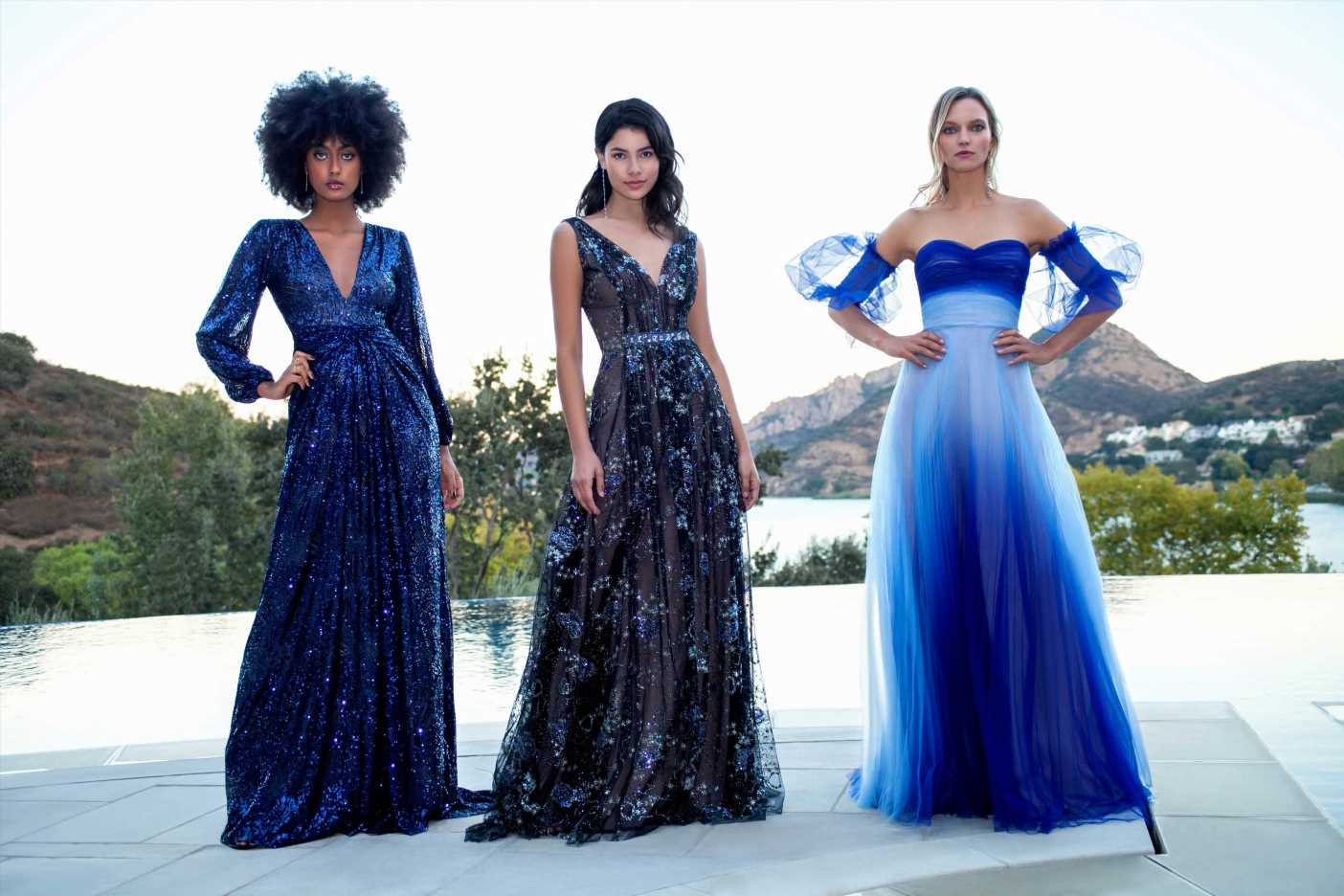 “I got the directing bug, and now I want to do this every season,” Los Angeles designer Kevan Hall said of “Together Again,” the film he made to debut his see now, buy now collection Tuesday on the CFDA’s Runway360 platform.

Hall, who is best known for his special occasion dresses, sells his namesake collection in New York every season. But it’s been more than a decade, he estimates, since he took part in a runway event — and that was back when he was creative director of Halston.

“I wanted to show my collection in a lifestyle environment. I feel like the film is how a lot of my clients live, and if they don’t, who doesn’t want to aspire to live like that?” he said of the seven-minute short. The film features a group of girlfriends living it up in a Westlake Village mansion, clinking wine glasses while wearing floral print caftans from his Luxe Leisure collection and hitting a film premiere in ombré tulle gala gowns from his Signature collection.

Hall admitted to asking his Hollywood-connected family members “for a few notes” during the filmmaking process. (The designer’s brother is film director Vondie Curtis Hall, and his sister-in-law is writer Kasi Lemmons.)

“l wanted to convey how wonderful it will be to get together again after this time of trauma, loss and heartache,” he said of the project. The collection is available to order on his website and through virtual trunk shows he does from his L.A. studio.

For Hall, showing on the CFDA’s Runway360 platform this season is a family affair; daughter Asia Hall showed her fashion-tech Neon Cowboys collection of LED-glowing apparel and accessories on Monday.

“[CFDA President] CaSandra Diggs reached out to me to offer this platform to the Black Design Collective to present their collections and I was really excited about that,” said Hall, who is president of the group formed in 2019 to help Black creatives navigate the fashion industry. “I have been a member of the CFDA for decades and the Runway360 platform is a great way to present your collection virtually. I would have done it anyway, but they gave me the opportunity to also bring other designers along.”