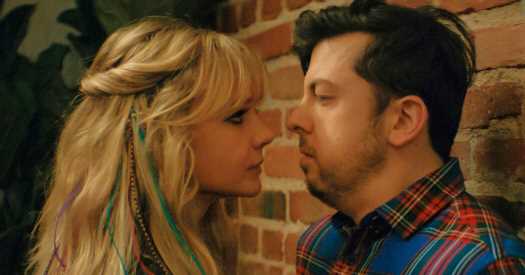 In “Anatomy of a Scene,” we ask directors to reveal the secrets that go into making key scenes in their movies. See new episodes in the series on Fridays. You can also watch our collection of more than 150 videos on YouTube and subscribe to our YouTube channel.

“I’m a nice guy,” says Neil, the character played by Christopher Mintz-Plasse in this scene from “Promising Young Woman,” which received four Golden Globe nominations this week and is available on demand. He utters the line (more than once) after picking up Cassandra (Carey Mulligan). He had thought she was too drunk to rebuff him, and she turns out to be anything but. The movie is a kind of revenge tale with Cassandra at the center, but in some ways it defies easy genre categorization.

With this sequence, the film’s writer and director, Emerald Fennell, said she was going for a subversion of the kind of scene typically found in romantic comedies, even casting Mintz-Plasse, whom audiences may best know from the comedy “Superbad.”

“The nerdy nice guy who’s not very confident with women, who’s maybe struggling to write his first novel,” she said, “is maybe using alcohol as a cover for slightly more nefarious activities.”

The situation plays as two narratives being perceived very differently by the characters involved, and Fennell directed her cast in a way to amp up those contrasts.

For Cassandra, a woman who has been calling out creeps for this behavior on a regular basis, Fennell said she admired how well Mulligan embodied the dual elements of the character.

“She’s just so brilliant at drawing that line between completely real but also knowing.”

Sign up for the Movies Update newsletter and get a roundup of reviews, news, Critics’ Picks and more.