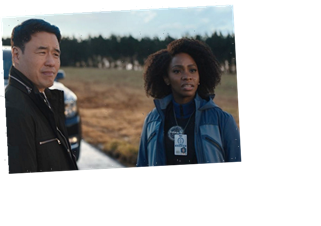 After three episodes of sitcom fun, Disney+’s WandaVision this Friday drummed up the drama and gave us a whole new view of Westview, while folding in multiple MCU characters.

Jumping back in time a bit, we saw that a grown-up Monica Rambeau (aka the little girl from Captain Marvel) had been lost to Thanos’ Snap (or “Blip,” as the public knew it) while sitting in her mother Maria’s hospital room. At the time of the Snap, Maria was recuperating from some positive cancer treatment. But when Monica returns, she learns that the cancer came back, and her mother died three years ago.

Some time after, Monica reports back to work at S.W.O.R.D. (Sentient World Observation and Response Department, aka someone really wanted it to spell S.W.O.R.D.), which her mother had built from the ground up, Acting Director Tyler Hayward tells us. He updates Monica that after the Blip, they grounded all manned missions and turned their focus to nanotech and such. He needs Monica to look into a “missing person” case in New Jersey, where the FBI has requested the use of a S.W.O.R.D. drone. When she balks at the ho-hum gig, Hayward explains that, per her mother’s orders, un-Blipped people are restricted to terrestrial missions.

Monica pulls up outside of Westview, where she meets FBI agent Jimmy Woo (the Ant-Man films’ Randall Park). He explains that the missing person was in WITSEC… except no one has ever heard of him. Weirder still, the sheriff from nearby Eastview insists that there is “no such place” as Westview, though it’s clearly right down the road. When Woo says he can “feel” that Westview doesn’t want anyone to enter, Monica flies a drone toward the town, only to see it vanish. She herself then walks down the road a bit until she can sense/see an energy field. Upon touching it, Monica gets sucked through and disappears. 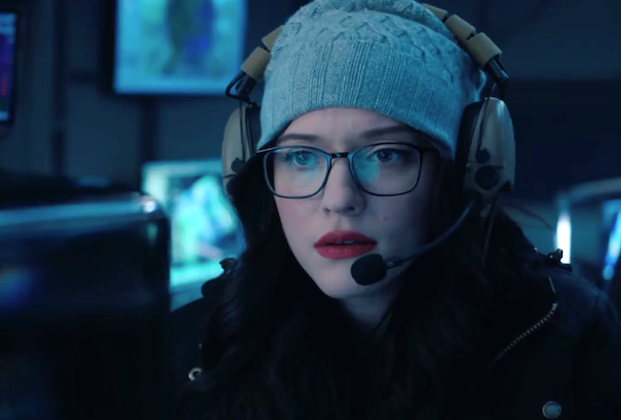 Cut to: Dr. Darcy Lewis (the Thor films’ Kat Dennings), huddled in a van with a nuclear biologist, a chemical engineer and an expert in AI. (“S.W.O.R.D. clearly has no idea what they’re dealing with,” she surmises.) Arriving at the response base set up outside Westview, Darcy detects colossal levels of CMBR (cosmic microwave background radiation), with a layer of something else overlapping it. After sending for an old/”not flat” TV, she shows to Woo and Hayward the broadcast-TV signal that is overlaid with the CMBR — and it’s in the form of a 1950s comedy starring Wanda Maximoff and a “dead, not Blipped, dead” Vision. “So, the universe created a sitcom starring two Avengers…?,” Woo marvels. 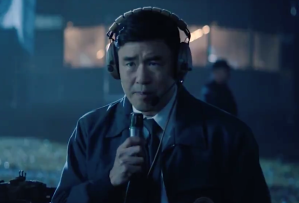 Darcy, Woo and S.W.O.R.D. quickly begin IDing the ordinary (?) people “playing” Mrs. Hart, Norm and other Westview characters, when Monica herself shows up on their screen. Is she undercover? (Even aware of who she is?) Darcy gets the idea to have Woo transmit a message to Wanda via the radio they spot in the swim club scene, and then notes how “weird” it is when Wanda and Dottie’s curiosity abruptly ends. Meanwhile, an agent that Hayward sent into the sewer system passes through the energy field along the way, his HAZMAT suit transforming into an era-appropriate beekeeper suit — akin to how the high-tech S.W.O.R.D. drone changed into an inert toy helicopter. And that’s what Wanda and Vision saw near the end of Episode 2.

As Darcy and Woo watch the childbirth episode (including its twins “twist!”), Woo notes the first reference to our reality, when Monica mentions Ultron. The two are then quite puzzled when the tense Monica/Wanda encounter abruptly ends, going to the closing credits. Meanwhile, we the viewers are made privy to how that scene fully played out: When “Geraldine” insists she is just a neighbor, Wanda conjures her trademark energy balls and hisses, “You are not a neighbor, and not a friend…. You are a stranger and an outsider. You’re trespassing, and I want you to leave” — at which point she blasts Monica through the living room wall, clear across town, and through the energy field. After Wanda repairs the wall is when Vision walks in, asking where Geraldine went. Sensing something amiss, Vision tells his wife, “We can go wherever we want,” to which she firmly insists, “No, we can’t. This is our home…. I have everything under control.” When Wanda turns away, Vision’s look is concerned, but then replaced with a forced smile.

Monica, meanwhile, has landed outside the energy field, at nightime. And when agents rush to help her, she reports in a daze, “It’s Wanda…. It’s all Wanda.”

What did you think of Episode 4 and its many reveals?