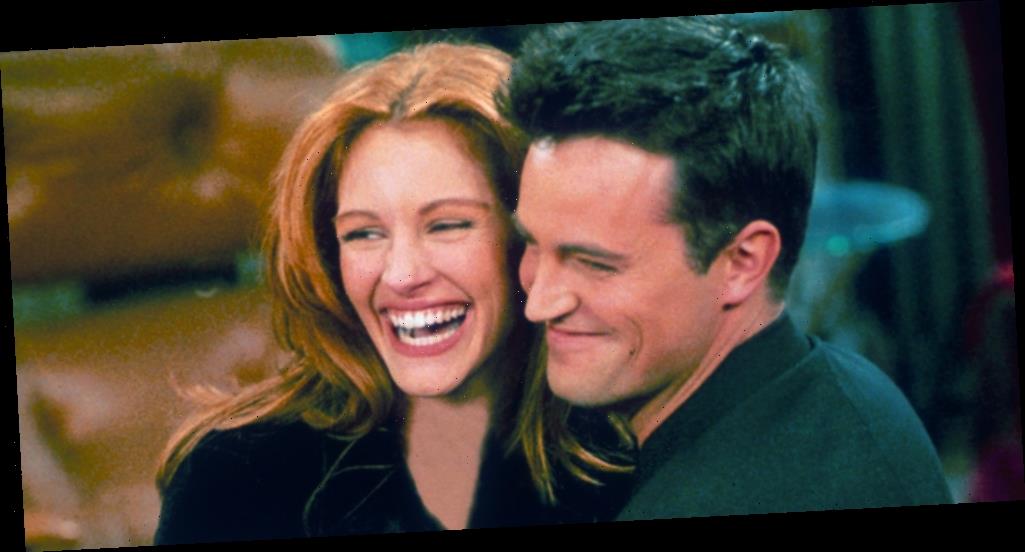 Matthew Perry put in the work in order to get Julia Roberts to guest star on Friends during the special one-hour Super Bowl episode back in 1995.

In an interview with the writers and producers of the hit series that is still making waves today, THR unveiled that Matthew, who starred as Chandler, wrote a physics paper to get Julia on the show.

David Crane, one of the show’s creators, revealed that the series never aimed guest spots towards one specific actor, but in this case with the special episode, they needed names.

“We came up with stories we thought were funny and put it out to our casting to find the best people. But for this episode, we couldn’t just go with a really good actor. We needed names.”

Executive producer Kevin Bright then revealed the story of how Julia came to be part of the show.

“Matthew asked her to be on the show,” he shared. “She wrote back to him, ‘Write me a paper on quantum physics, and I’ll do it.’ My understanding is that Matthew went away and wrote a paper and faxed it to her the next day.”

Writer Alexa Junge then added more to the story, saying that Matthew and Julia, who went on to date after her appearance off screen, sharing that they used the fax machine to flirt.

“There was a lot of flirting over faxing. She was giving him these questionnaires like, ‘Why should I go out with you?’ And everyone in the writers room helped him explain to her why,” she shared. “He could do pretty well without us, but there was no question we were on Team Matthew and trying to make it happen for him.”

Julia starred as Susie, one of Chandler Bing’s middle school classmates, who got revenge on him after he exposed her underwear to the whole class during a talent show.