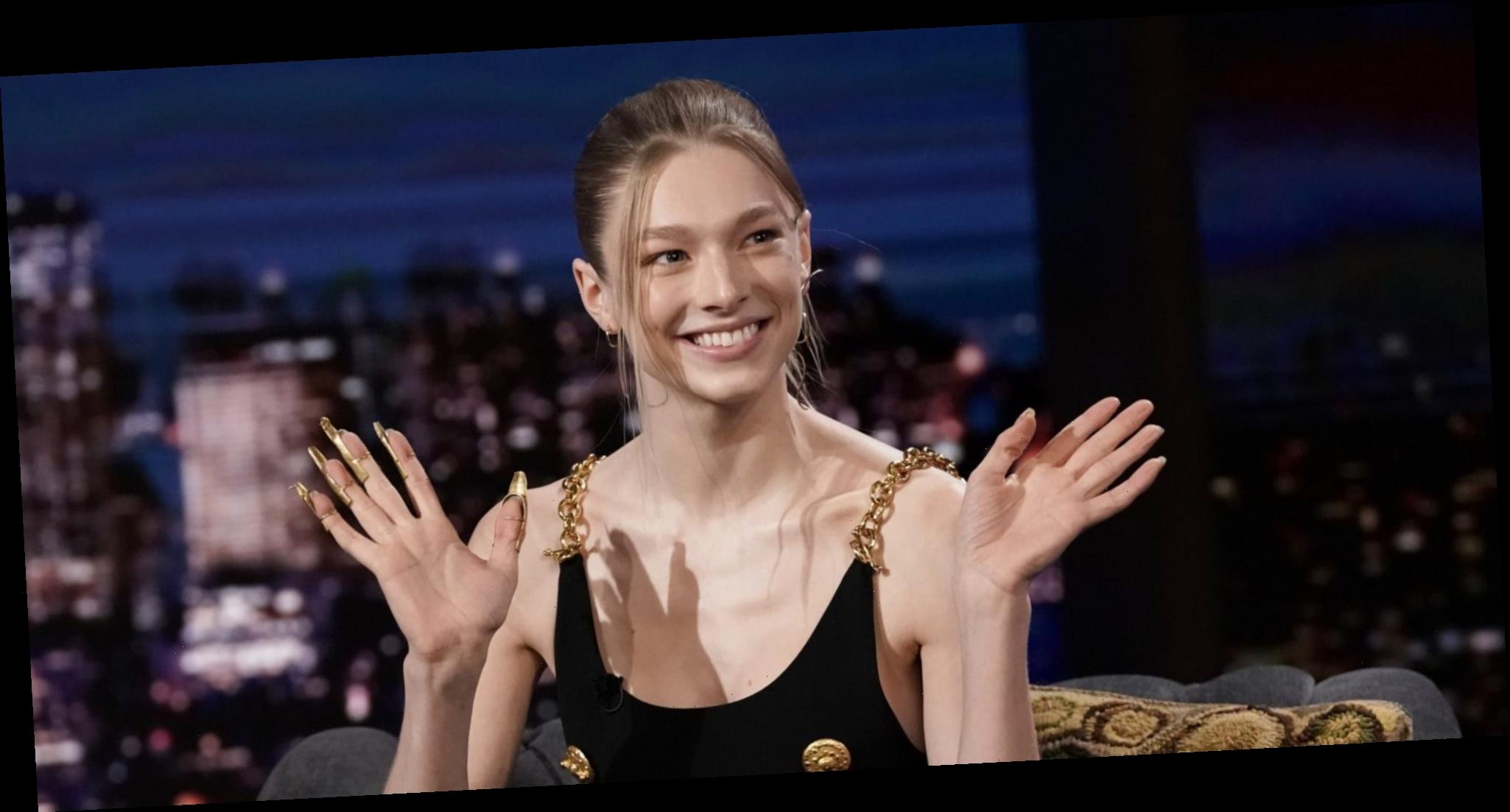 Euphoria star Hunter Schafer, fresh off a special one-off episode of her hit HBO show, paired a neon-green mask and an all-black outfit while she was out in New York City, recalling singer Billie Eilish's signature hair combination. Fans will recall that Eilish lent a track to the Euphoria soundtrack, "Lo Vas a Oldivar," which also features Rosalía. Schafer's standalone Euphoria episode, titled "Fuck Anyone Who's Not a Sea Blob," aired over the weekend, and though it received mixed reviews from critics, fans applauded it on Twitter. Schafer co-wrote and co-executive produced the episode, too.

Schafer explained that the episode contained one of the "most physically demanding scenes" that she'd ever had to endure, even though it only involved her character, Jules, and a locked door.

"It was kind of like letting the worst of Jules's imagination take over," Schafer told the Los Angeles Times. "Which was really difficult, because even I personally love Rue so deeply and do not like to think about the images that I had to come up with in my head and sit with for that scene."