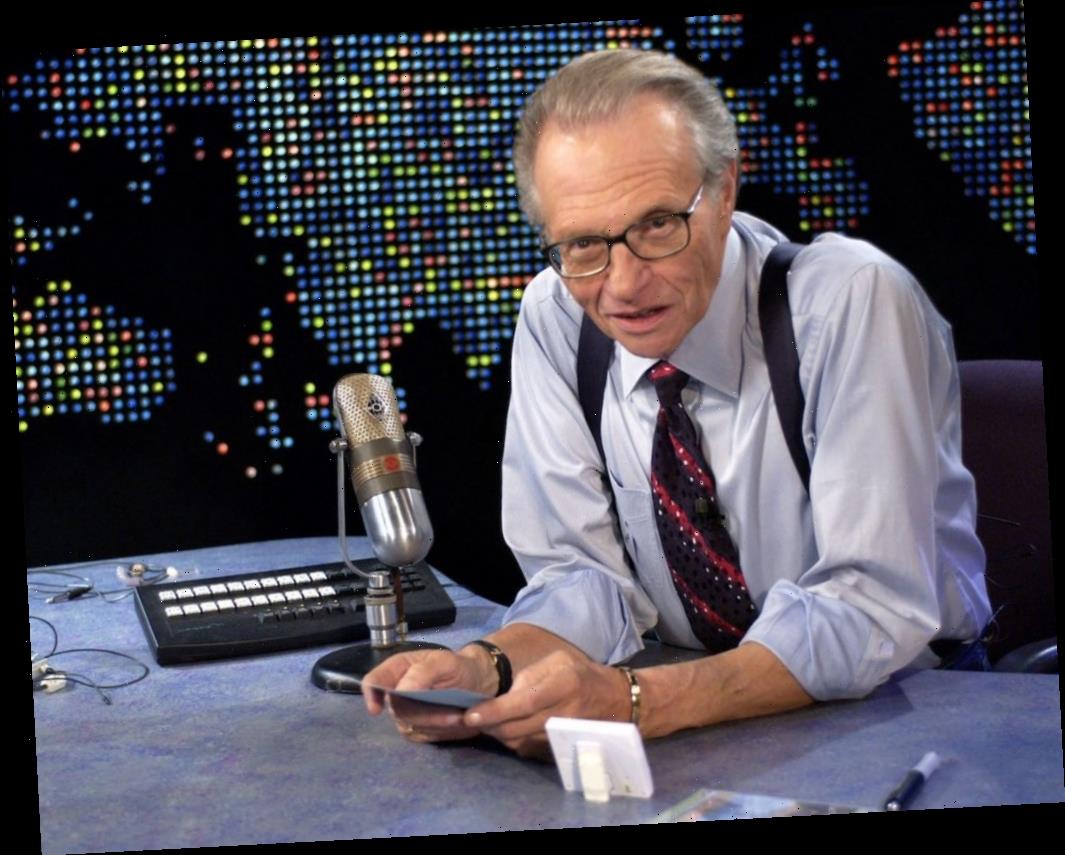 There were many years where Larry King interviewed celebrities. Some of those interviews went off the rails and were parodied. The host revealed his favorite parody of one of his interviews is from Saturday Night Live.

There eventually were many impressions of King in pop culture. Many of them made note of his suspenders. There was a reason why he wore them so often.

“When I started doing television in Miami in 1959, I wore the traditional jacket, tie,” King explained The Television Academy. “Then as time evolved, I started wearing a half sweater. I was more comfortable in it. I’m not a suit kind of guy.”

The host eventually lost a lot of weight so his ex-wife, Sharon Lepore gave him a fashion tip to use suspenders. “I had never worn suspenders in my life,” he said. King then tried it and fans called in saying they liked his new look so it stayed.

His favorite impression was on ‘Saturday Night Live’

The talk show host became a big pop culture icon because of his interviews. Every parody made sure to include his signature suspenders and the wacky things that happened on his show. King eventually gave his reaction to all of the parodies.

“Saturday Night Live does me a lot,” he told the Television Academy Foundation. “I take it very well. First of all, it’s a compliment to be parodied. I mean people know ya.”

He eventually revealed who did his favorite take on him. “Norm MacDonald … he did me the best. He had me down,” he said. “The scene where they parodied my interview with [Marlon] Brando, the guy doing me and John Travolta does a great Brando.” But King admitted that the jokes about his age did bother him a little.

The sketch is still available

The video of the 1994 sketch is luckily still available. MacDonald and Travolta both do a great job of changing their voices to sound like Brando and King. The interview between the two is funny and strange. Brando can’t stop touching King and the talk show host puts up with it.

The real interview was similarly strange. It took place in Brando’s home and it was the only interview he would do for his book.

It did start with Brando telling someone to get King a tissue and kept asking why he was sweating. He also said he wanted to dress like King so he wore suspenders. He later put a napkin on his head and insisted he should keep it there. The Oscar winner also tried to interview King instead, but the host kept turning the interview back to Brando.

Brando didn’t wear shoes for the interview, and there was a moment where he fed his dog by putting its food between his lips. It’s pretty obvious why the interview is a good source for comedy.