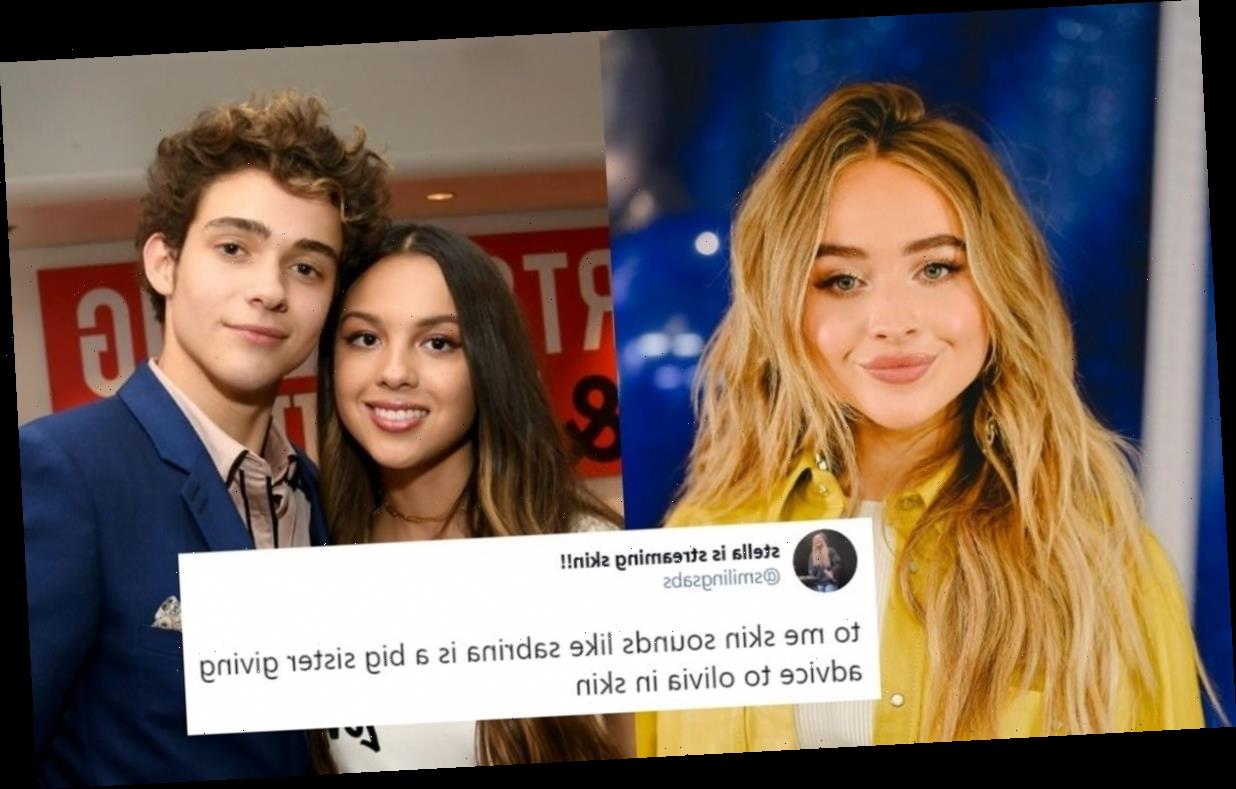 Everyone loves a good Hollywood love triangle, but no one could have anticipated High School Musical: The Musical: The Series star Olivia Rodrigo would kick one off right at the top of 2021 with her debut single. When she dropped her instant hit, "Drivers License," on Jan. 8, fans quickly dissected the lyrics and guessed they were about her HSM:TM:TS co-star Joshua Bassett and his rumored new girlfriend, Sabrina Carpenter. Now, Carpenter has released her side of the story, and the tweets about Sabrina Carpenter’s "Skin" reveal fans are definitely taking sides.

In "Drivers License," Rodrigo spins a story about a devastating breakup made even more painful by the fact her ex (presumably Bassett) moved on quickly with an older blonde girl (rumored to be Carpenter). While Rodrigo’s lyrics about said blonde weren’t especially biting or malicious (nor did they lay any blame), that didn’t necessarily matter to the Internet. Rodrigo probably didn’t aim to turn her ex or the "blonde" girl into villains. Still, her heartbreak resonated with so many listeners who’ve dealt with painful breakups of their own that some of them did it for her.

In Carpenter’s track, "Skin," she spins her own side of the story, implying she was unfairly dragged into the spotlight, singing:

If the song is, in fact, a response to "Drivers License," it sends the message that Carpenter’s not letting this situation get under her skin and that she hopes she and Rodrigo can laugh about it in the future.

Now, fans on Twitter are taking sides. Some fans are Team Olivia, expressing that her song was just an honest expression of her feelings and wasn’t written maliciously, so she didn’t deserve to be called out in "Skin." Others think that since Carpenter is four years older than Rodrigo, who is 17, she should have just let Rodrigo’s track slide.

Others are Team Sabrina because they think she had the right to get her side of the story out to the world after being implicated in Rodrigo’s heartbreak story and becoming the target of Internet hate as a result. They also think that, as far as "clapback" tracks go, hers was pretty mature.

Then, some fans are Team Nobody. They insist both sides of the story are valid, and there’s no need to take sides because they both had the right to express themselves in their lyrics (while others just think it’s ridiculous to get into a back-and-forth song battle over Bassett). 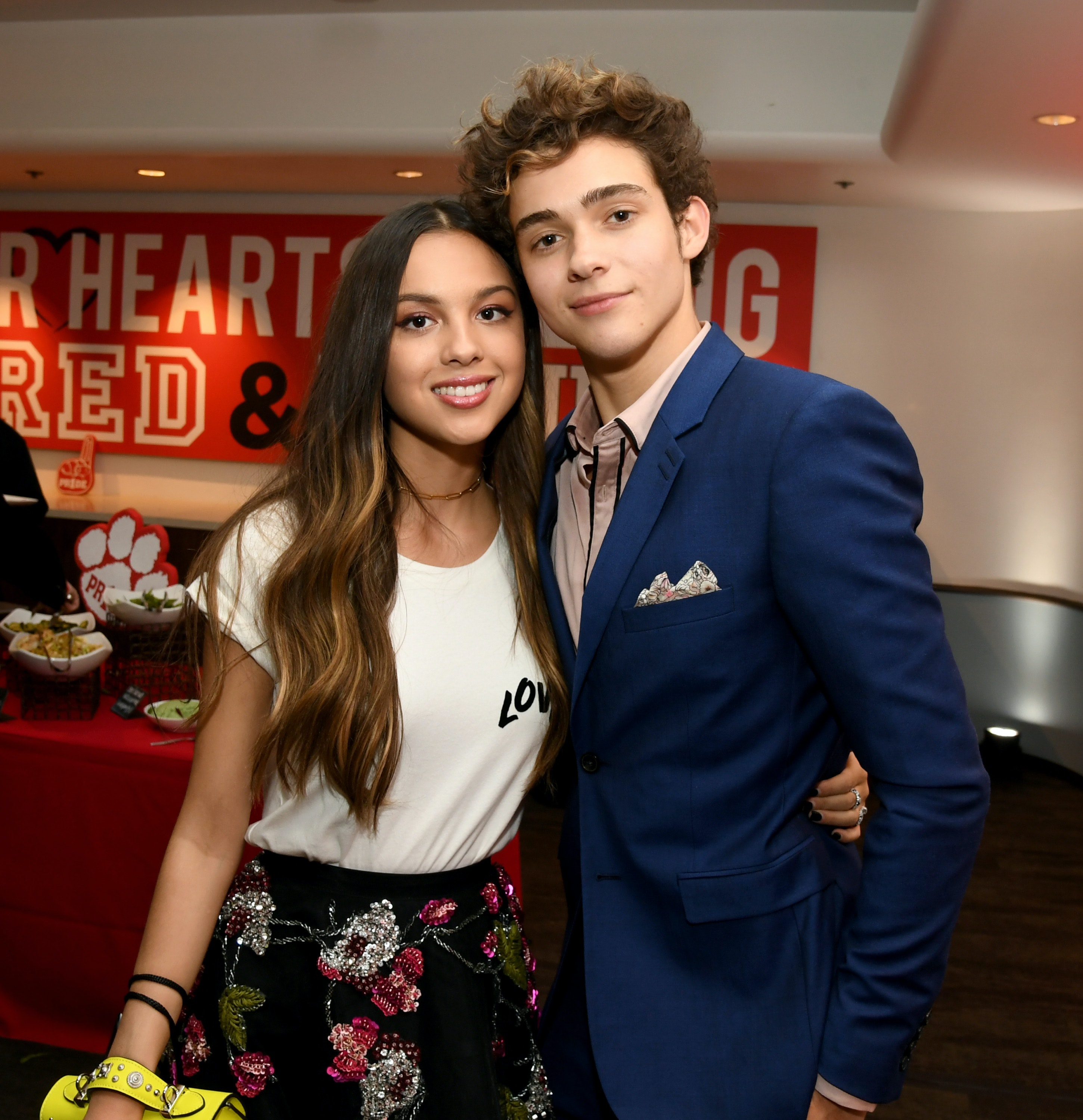 In the end, whether fans landed on Team Olivia, Team Sabrina, or Team Nobody, they all agree what the world really needs right now is an Olivia Rodrigo and Sabrina Carpenter collab.