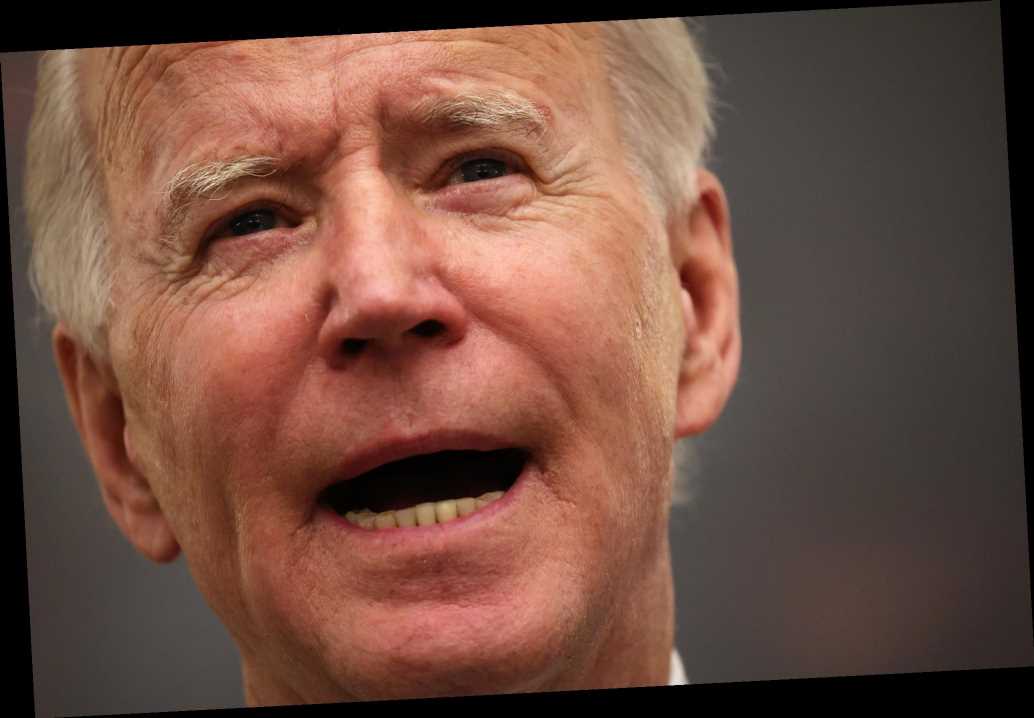 2020 taught us one good thing: Celebrities are meaningless

It's not just her name, Hilaria Baldwin's entire life is a fake

And you thought the media went gaga for Barack.

Wednesday wasn’t just Inauguration Day. As depicted by most major news networks and outlets, it was The Greatest Day in History since the end of WWII, wall-to-wall coverage from morning till night in praise of our dear leader Joe Biden.

Kim Jong-Il would kill for this kind of coverage.

“I’m a faucet that can’t turn off!” said MSNBC’s Rachel Maddow, who told her audience she’d already gone through half a box of Kleenex, so overjoyed she was.

And it wasn’t just openly liberal pundits slavering over Biden.

Al Roker got a fist-bump. The next morning on “Today,” Savannah and Hoda and Jenna Bush Hager were as giddy as newlyweds.

Not to mention the 90-minute inauguration night primetime special “Celebrating America,” which aired on ABC, CBS, NBC, CNN and MSNBC, headlined by none other than Tom Hanks and Bruce Springsteen.

All this, let’s be real, over a middling career politician, a creature of the swamp with a troublesome record on race and women’s rights (refusing to apologize for his treatment of Anita Hill during Clarence Thomas’s confirmation hearing) — not to mention sniffing women’s necks and hair or granting unwanted shoulder massages — a guy whose eight years as Obama’s VP got him a last-minute endorsement from Obama, who behind the scenes reportedly warned party leaders to “never underestimate Joe’s ability to f—k things up.”

Joe Biden, who seems to have difficulty remembering things or stringing sentences together. A candidate in a do-or-die election who spent the bulk of 2020 in the basement. A candidate selected because he seemed like the most electable — not the best, just good enough.

That’s to say nothing of a national media treating every rumor involving Trump as fact — the Steele dossier, Russian collusion — while actively suppressing the Hunter Biden scandal or baselessly discrediting it. Twitter and Facebook went even further, banning links to the New York Post coverage; Twitter blocked the Post’s account altogether.

The liberal media did what it does best: Telling people what to think.

“We must treat the Hunter Biden leaks as if they were a foreign intelligence operation,” said The Washington Post.

Here’s what Ross Douthat said in The New York Times: “Only right-wing news outlets ran with it.”

And the carrying on about the dynamic Biden-Harris duo, as if this wasn’t like every other coldblooded lizardly political allegiance, as if Harris is the second coming of Oprah rather than a hardcore prosecutor who jailed poor parents if their kids weren’t in school.

But WaPo did it again, recently scrubbing a Harris profile of the moment she compared being on the trail — only one SoulCycle class that morning for her — to being a prison inmate denied food and water.

“Your standards really go out the f—king window,” she told the reporter, laughing.

When Reason magazine asked WaPo why this was deleted, the paper claimed to have merely “repurposed and updated” some of their “strong biographical pieces.”

This is Orwellian. Chilling, really. No wonder a new survey from Edelman’s 2021 Trust Barometer found that only 46% of Americans, no matter their political affiliation, say they trust the media. Only 18% of Republicans do.

At White House press secretary Jen Psaki’s first press conference — treated as breaking news by NBC — the American public, weary from a global pandemic and record-breaking joblessness, was elucidated by these hard-hitting questions:

“Could you just give us some color about what it was like for him to go into the Oval Office? . . . He’s been waiting for this for so long.”

“Has he planned his first foreign trip yet?”

“Will he keep Donald Trump’s Air Force One color scheme?”

Kidding on that last one.

Just one day after this loving embrace, Joe Biden reverted to thin-skinned schoolyard form when asked a question he didn’t like — shockingly, a relevant question about whether he was rolling out vaccines too slowly.

In that moment, Biden acted and sounded a lot like Trump.

Not that the media would say that.