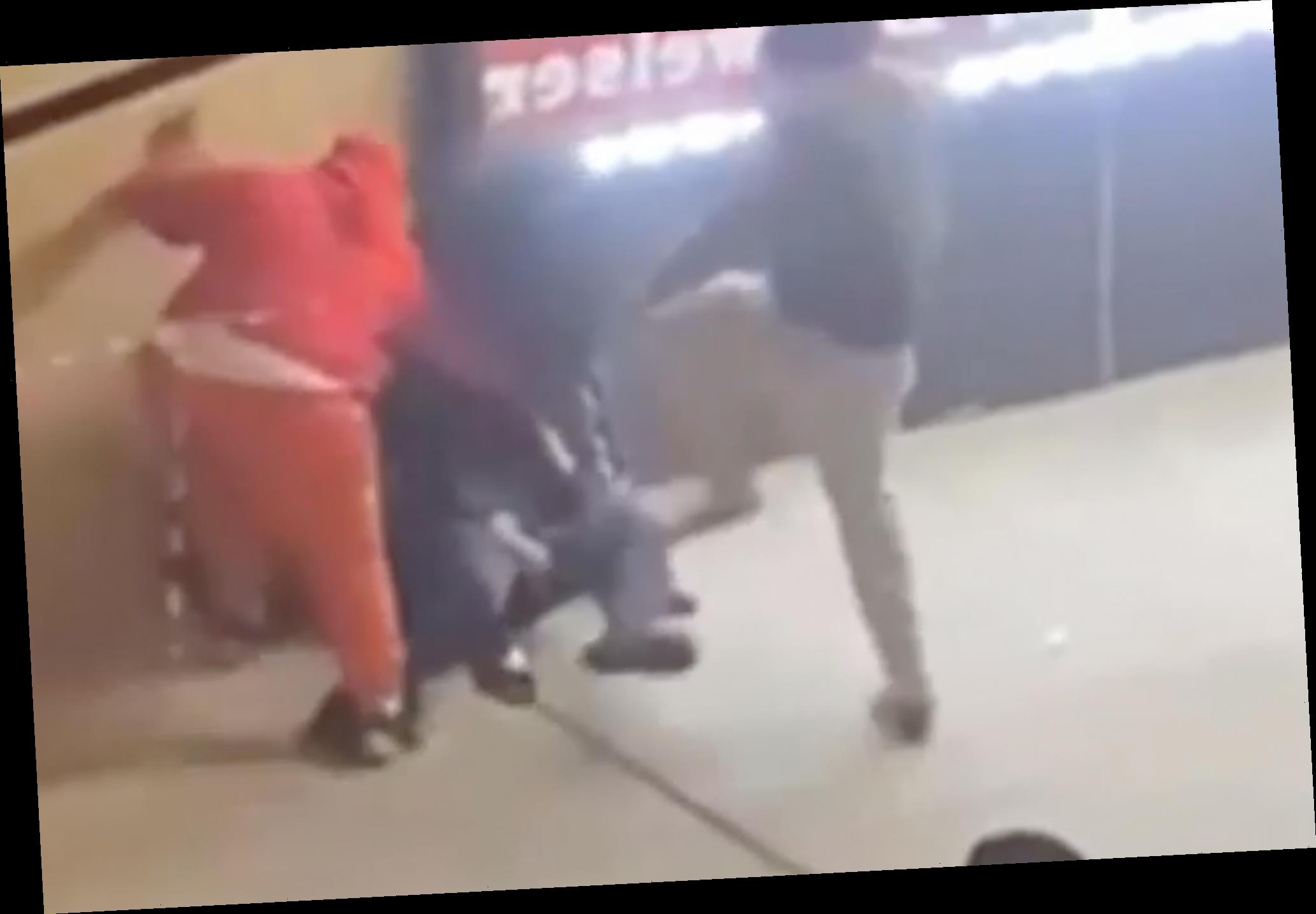 Four muggers pummeled a man in the Bronx before swiping his wallet, new video released by cops shows.

The victim, a 40-year-old male, was on Burke Avenue near Wallace Avenue in Allerton around 9:10 p.m. Jan. 14 when the group of men approached him and attacked, police said Thursday.

Video released by cops shows the suspects repeatedly kicking and punching the man while he was on the ground.

They then grabbed his wallet, holding credit cards and his iPhone, before bolting south on Wallace Avenue.

The victim was taken to Montefiore Medical Center for non-life-threatening injuries to his face and torso.

Cops say one of the suspects has a heavy-set build and was last seen wearing a red baseball cap, a red hooded sweatshirt, red Nike sweat pants and black sneakers.

Another suspect, with a medium build, wore a dark-colored jacket with the letter B on the left side, gray sweatpants and white sneakers.

The third man has a medium build and wore a black jacket and black sweatpants with a Champion logo on the legs.

Another man believed to be involved in the assault had a slim build and was last seen wearing black sweat suit.