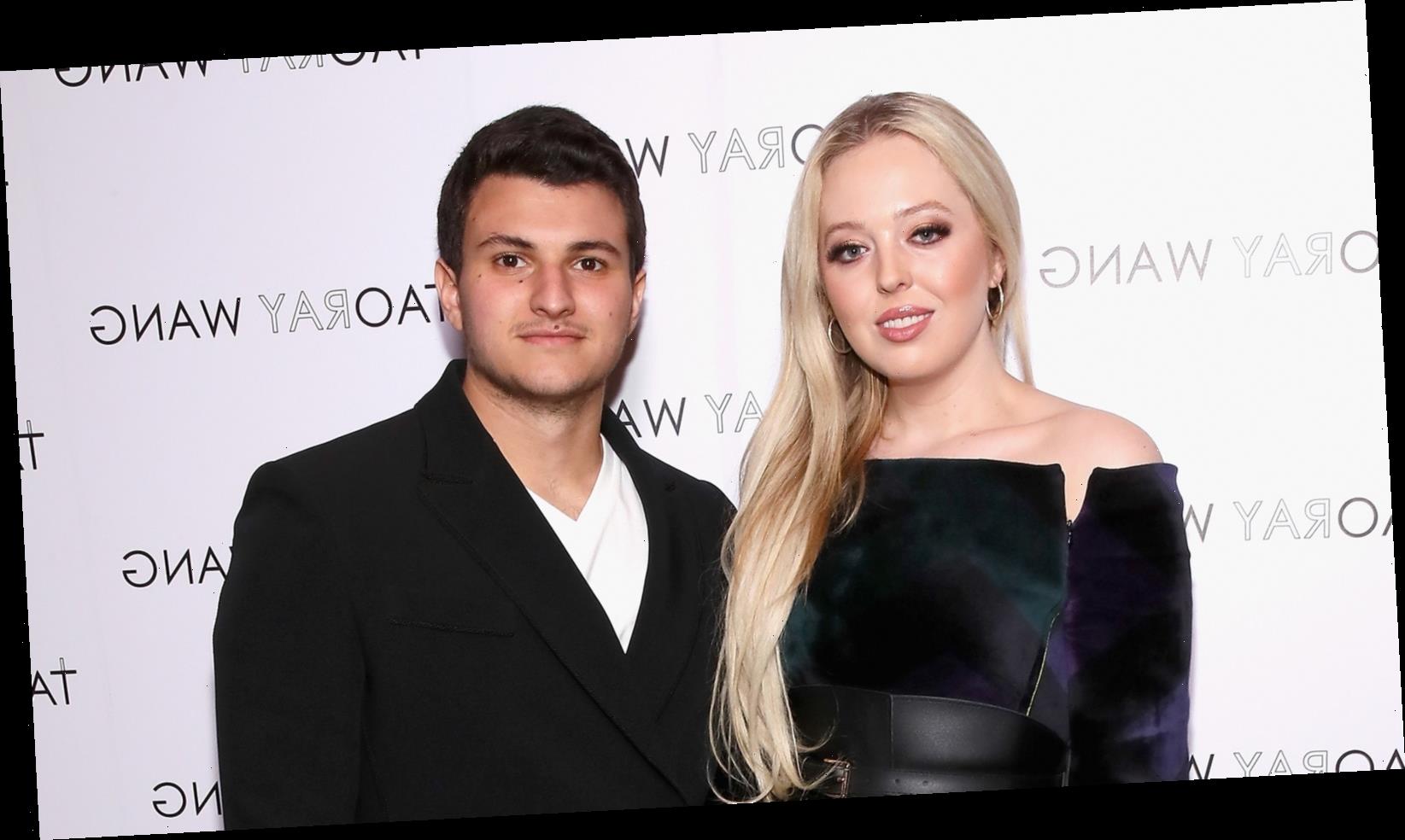 Tiffany Trump is leaving the White House as an engaged woman. Just one day before her father and former President Donald Trump said goodbye to his role as the commander-in-chief, the socialite announced her engagement to Michael Boulos. Tiffany shared the news alongside a photo of the couple on Instagram.

“It has been an honor to celebrate many milestones, historic occasions and create memories with my family here at the White House, none more special than my engagement to my amazing fiancé Michael!” the younger daughter of Trump wrote on Jan. 19, 2021. “Feeling blessed and excited for the next chapter!”

Tiffany’s longtime beau also marveled over the future nuptials. “Got engaged to the love of my life! Looking forward to our next chapter together,” Boulos penned next to the same pic of the pair near the White House Rose Garden.

Tiffany didn’t get proposed to with just any ordinary ring, though. According to a spokesperson for the New York-based jeweler Samer Halimeh (via Daily Mail), who designed Tiffany’s engagement band, the ring features a 13-carat emerald-cut diamond, which, of course, came with a hefty price tag. Keep scrolling to find out how much Tiffany’s future husband paid for her ring.

Tiffany Trump has a shiny new diamond on *that* finger, and her billionaire fiancé, Michael Boulos, shelled out a pretty penny to make his lady smile. The dazzling 13-carat diamond ring from Dubai is estimated to be worth up to $1.2 million, the Daily Mail reports.

A spokesperson for Samer Halimeh New York told the outlet the gorgeous ring includes an emerald-cut stone surrounded by two trapeze-cut diamonds. Though the jeweler, who helped Boulos select the ring during a vacation in Dubai, didn’t disclose the official price, an independent expert expects the ring to be worth more than $1 million.

The Nigerian multimillionaire reportedly asked for his love’s hand in marriage after returning to D.C. from Miami over the weekend. According to a source close to the Trumps, Boulos proposed to Tiffany in the Rose Garden at the White House just days before her dad was set to leave office (via Page Six).

The couple’s engagement comes two years after they confirmed their relationship on social media in December 2017. People reported the two first met earlier in the summer of that year while both vacationing in Mykonos, Greece. Though the former model won’t be able to keep everyone updated on her wedding plans from the White House, there’s no doubt these two are going to throw an over-the-top celebration.