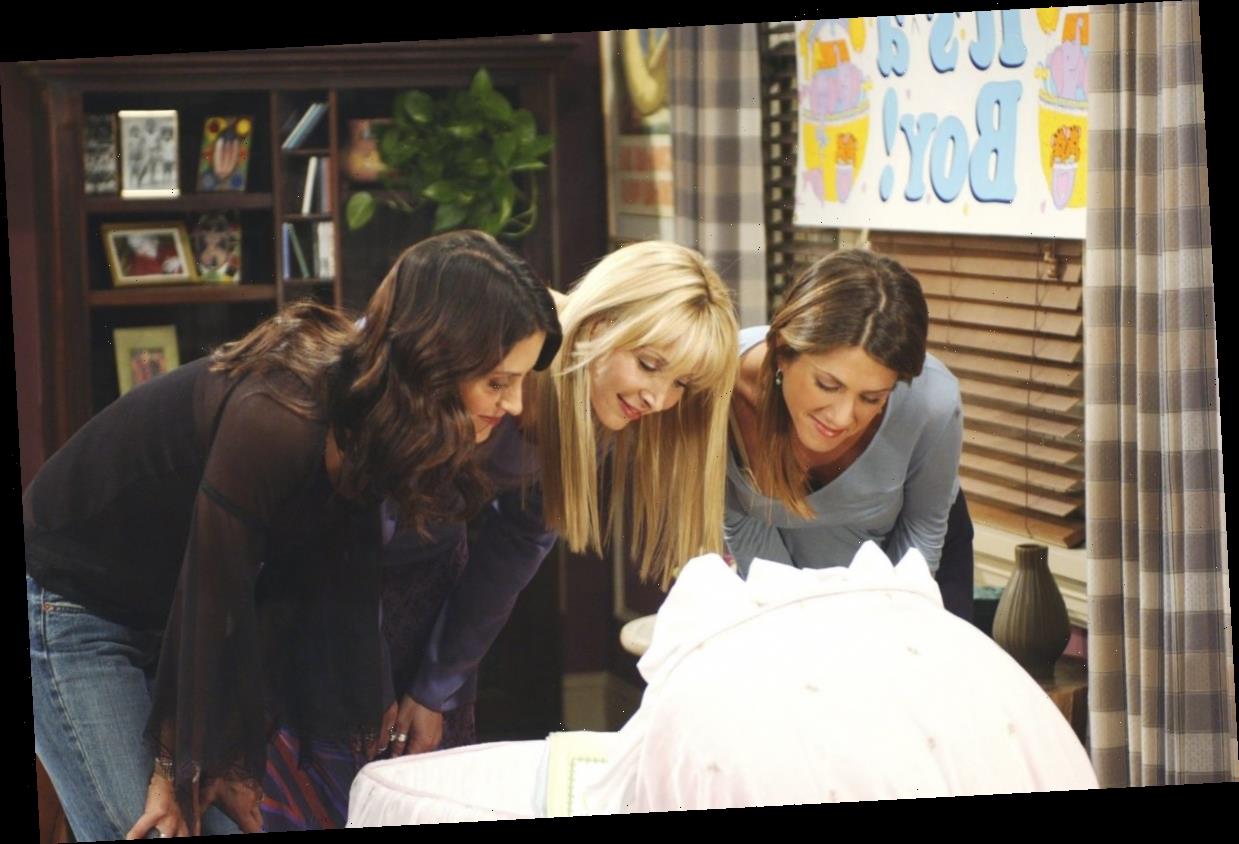 In the fourth season of Friends, Phoebe (Lisa Kudrow) agreed to be the surrogate mother for her half-brother, Frank Jr. (Giovanni Ribisi) and his wife Alice (Debra Jo Rupp). In real life, Kudrow was pregnant. Phoebe gave birth to triplets in season 5, months after she’d had Julian in real life in May of 1998. It seems Julian became a Rachel (Jennifer Aniston) fan.

Kudrow was a guest on Rob Lowe’s Literally! podcast on Jan. 14. She told Lowe about her experience being a working mother on the remaining five and a half seasons of Friends.

Lisa Kudrow did not bring her son to the ‘Friends’ set

Kudrow said she avoided bringing Julian to the set. She knew she would not be able to give him a full day’s worth of attention, due to the demands of filming Friends.

“When I was there, I was there,” Kudrow said. “Because my son was so little, I think he was five or six when we finished, a set really isn’t a place for a toddler to be running around and aware of okay, the bell rang, sh. It wasn’t a fun place for him so he wasn’t there that much actually it turns out.”

Kudrow said she also did not want Julian to see her playing a different character. She wanted him to know her only as “mommy,” not Phoebe from Friends. Besides, Phoebe gave birth to triplets, but became their aunt as Frank and Alice raised them. Kudrow was Julian’s fulltime mother.

“It’s fine for a quick visit but not to spend all day with mommy,” Kudrow said. “And then I also did not like him experiencing me not as mommy because Phoebe is not his mother. Phoebe doesn’t have children.”

Perhaps Kudrow was being too careful. Julian started to gravitate towards her Friends co-star.

When Kudrow did bring Julian around the other Friends cast, Aniston’s charisma sucked him in, too.

“When he did see Jennifer, he’d like crawl into her lap,” Kudrow lamented. “Like, all right, you prefer her. A lot of people do. That’s fine. She’s lovely.”