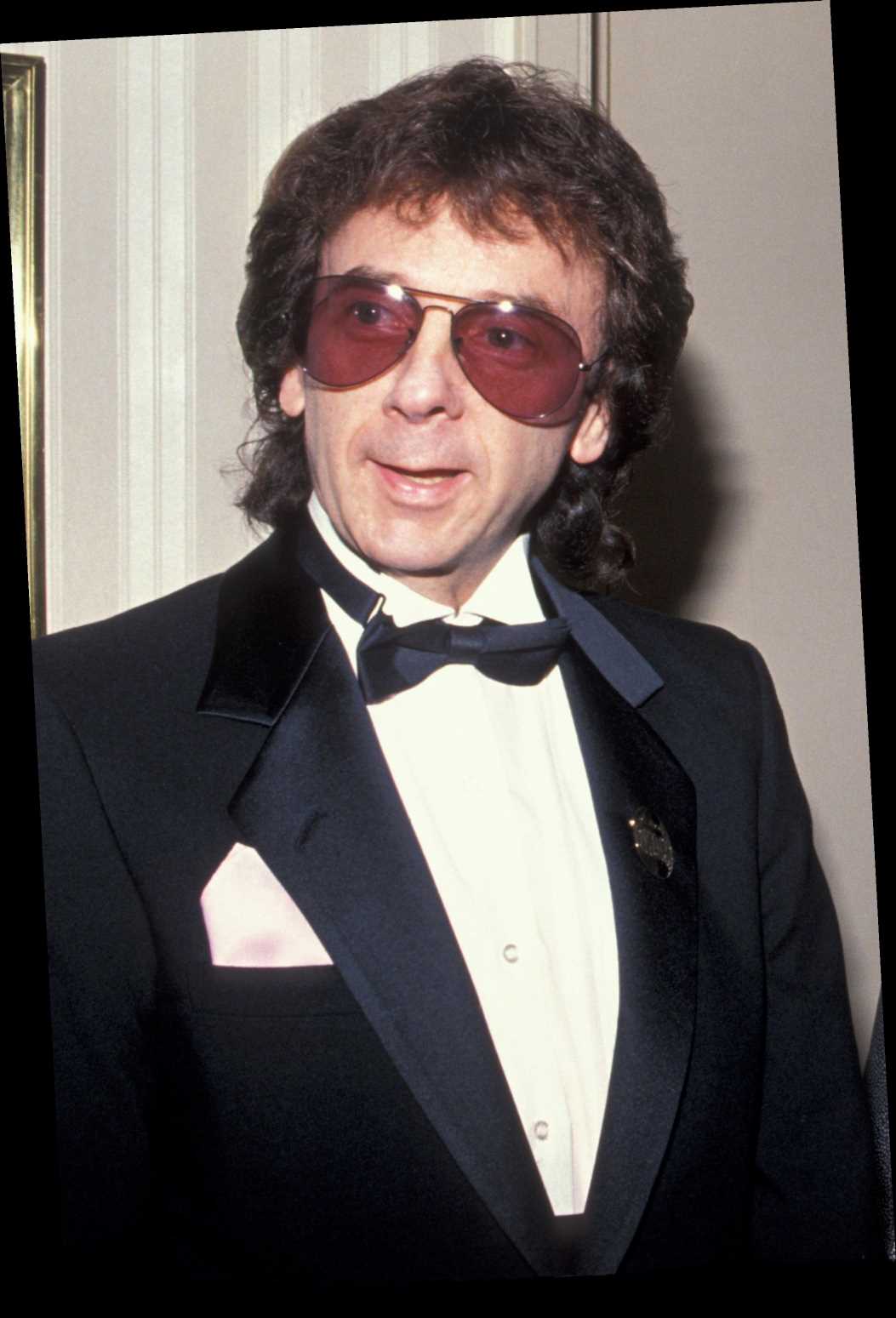 Phil Spector, the iconic record producer behind many of the 20th century’s most famous pop songs, and whose signature “Wall of Sound” recording technique came to define an entire era of American music, has died at 81.

The Grammy winner, who was serving a lengthy prison sentence for the 2003 death of Lana Clarkson, reportedly died on Saturday of “natural causes,” according to the California Department of Corrections and Rehabilitation, which confirmed his death to Rolling Stone.

TMZ reported that Spector had recently been hospitalized with COVID-19 complications.

Over the course of his career, Spector worked with many of the world’s most famous artists and on many of its most famous songs, including “You’ve Lost That Lovin’ Feelin,’” the most played song on radio and television in the 20th century.

But for all Spector’s indisputable musical talent, he also came to be known as a dark and cruel man, one whose reputation was forever tarnished when he was found guilty of murdering Clarkson inside his California home, for which he received a sentence of 19 years to life.

“I have devils inside that fight me. And I’m my own worst enemy,” he once said to British journalist Mick Brown.

Harvey Philip Spector was born on Dec. 26, 1939, in the Bronx, New York. When Spector was just a boy, his father, deep in debt, died by suicide. On the tombstone, his family engraved the words “To Know Him Was To Love Him.”

Soon after his father’s death, Spector moved with his mother to Los Angeles, where he attended Fairfax High School and started to learn the piano and guitar. He formed a trio with Marshall Lieb and Annette Kleinbard, the latter of whom he would briefly marry. They called themselves the Teddy Bears, and released a song called “To Know Him Is to Love Him.” To the 17-year-old Spector’s surprise, it was a hit, and a No. 1 hit at that.

But the group disbanded and for a time, Spector had other dreams outside of the music business. He attended UCLA and hoped to become an interpreter at the United Nations. But his musical abilities kept him in the studio, where, in the early ’60s, Spector embarked on one of the more remarkable runs in music production history.

Between 1960 and 1965, Spector recorded more than 25 Top 40 hits. He co-wrote the Ben E. King hit “Spanish Harlem” and produced the Paris Singers’ “I Know How You Love Me.” By 1961, he had formed his own company, Phillies Records, with Lester Sill, who had previously signed Spector after the success of The Teddy Bears.

At Phillies Records, Spector worked hard to sign a black female group called The Crystals. Once he did, they created a series of hits that shot up the charts time and time again, including “Uptown,” “He’s a Rebel,” “Da Doo Ron Ron (When He Walked Me Home)” and “Then He Kissed Me.”

He also worked with groups like The Ronettes, with whom he produced songs like “Be My Baby” and “Santa Claus Is Coming to Town,” and The Righteous Brothers, best known for songs like “Just Once In My Life,” “Unchained Melody,” and “You’ve Lost That Lovin’ Feeling” and “Ebb Tide.” 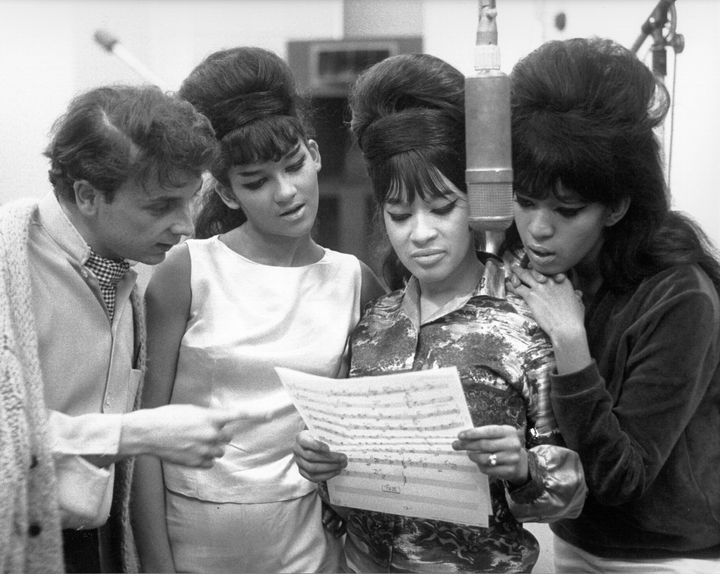 Spector’s songs were almost always simple, tight and catchy, making them ideal for the teen audience of the early 1960s. But Spector came to be known for his sound more than any one song ― specifically the “Wall of Sound” that he created in his records. Prior to Spector, most recorded music emphasized any one instrument at one time ― a guitar, a horn or a voice. But Spector pushed them all together to an unprecedented degree, obsessively overdubbing guitars and drums and everything in between so that a listener wouldn’t hear one instrument, but one combined and distinctive sound ― a technique that was perfect for the rough AM radio that was so popular at the time.

It was, as Spector himself declared it, “a Wagnerian approach to rock and roll: little symphonies for the kids.” And with the help of his Phil Spector Wall of Sound Orchestra ― a session group that later became one of the most desired group of session musicians in the business ― it became his defining contribution to music. In 1964, Tom Wolfe made it official when he dubbed Spector the “First Tycoon of Teen.”

“I get a little angry when people say it’s bad music,” Spector said of his music while talking to Wolfe for the piece. “It has limited chord changes, and people are always saying the words are banal and why doesn’t anybody write lyrics like Cole Porter anymore, but we don’t have presidents like Lincoln anymore either.” 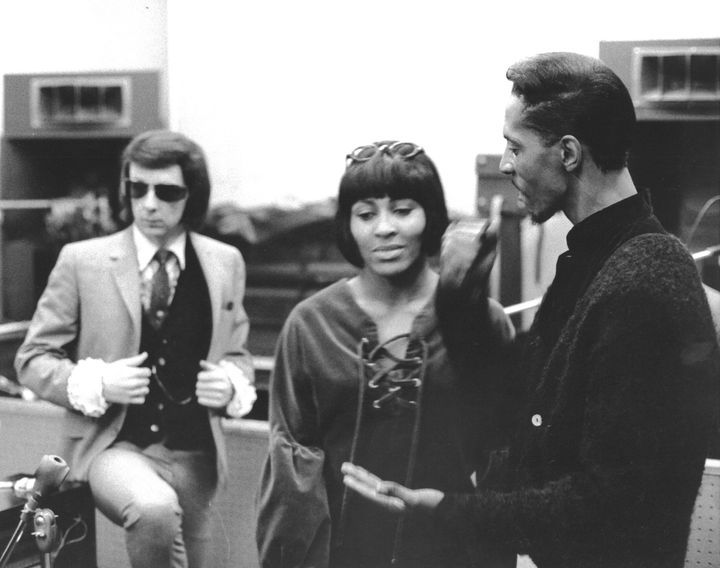 In 1966, Spector started to work with Tina Turner on what would become “River Deep – Mountain High,” a single he would come to consider his finest work. The album was a hit overseas ― and Rolling Stone would later deem it the 33rd greatest song of all time ― but in the U.S. at the time, it bombed, sending Spector into a downward spiral. For two years, he lived in seclusion inside his Hollywood mansion as his behavior reportedly became increasingly erratic.

During that time, he married Veronica Yvette Bennett, publicly known as Ronnie Spector, who had been a member of The Ronettes. But once she married Spector, Ronnie became his prisoner, she later said. They had three children, but Spector didn’t allow his wife to leave his mansion more than once a month, and only then “to go get [her] feminine stuff.” He locked her in closets and hid her shoes so she couldn’t leave. Firearms lay everywhere. Only after four years did Ronnie finally gather to courage to break through one of the home’s sliding doors and escape barefoot.

“I knew if I didn’t leave at that time, I was going to die there,” she later said.

Spector returned to the spotlight when he started working with The Beatles after taking over for Glyn Johns as the producer of what would end up being the band’s 1970 album, “Let It Be.” Spector’s production decision proved controversial, and the album received mixed reviews as a result of what some saw as Spector’s overproduction. 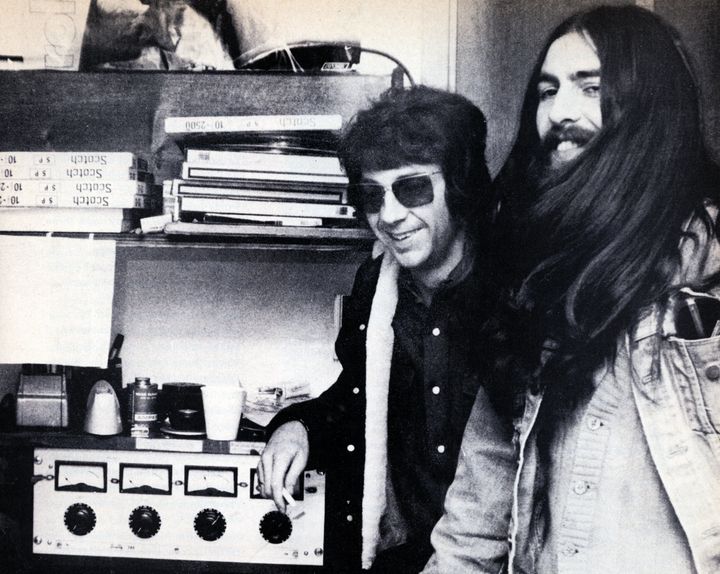 Nevertheless, Spector went on to work with the multiple members of The Beatles after the group split in 1970, producing both John Lennon’s “Imagine” and George Harrison’s “The Concert for Bangladesh,” among many other post-Beatles projects.

But by that time even John Lennon, then one of the most famous people on earth, could not escape the realm of fear Spector created. The producer almost always had a pistol at his side, and it was a matter of opinion whether or not it was for decoration.

At one point, while the pair were working on a cover album, Spector angrily chased Lennon through the studio with a gun. Later, he ran off with the album’s masters, forcing Capitol Records to pay him $90,000 to get them back.

Lennon later said of Spector, “I’m fond of his work a lot. His personality I’m not crazy about.”

Over time, Spector would make something of a habit out of pointing guns at music stars. He pointed one at Leonard Cohen and Debbie Harry. When recording what would become 1980′s “End of the Century” with The Ramones, he pointed one at them too.

As an increasingly bizarre Spector entered the 1980s, he became one of music’s most famous recluses. Despite having twins with his girlfriend, Janis Savala, in 1982, Spector’s career almost entirely fizzled out, so much so that Bob Dylan opined in 1987, “The world could use a new Phil Spector record, that’s for sure.”

Eighteen months later, however, when Spector was inducted into the Rock and Roll Hall of Fame as a non-performer, he could only spit out “a few incoherent words,” Rolling Stone reported. He had clearly become a shell of himself. 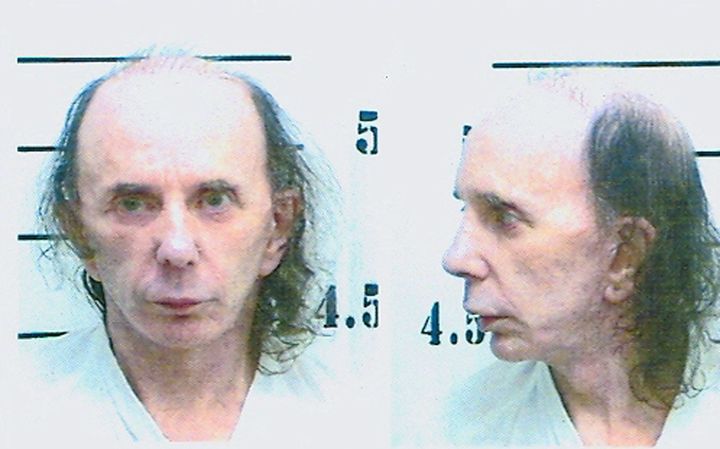 When one of his twins, Phillip Spector Jr., died in 1991 at the age of 9, Spector was devastated. But he tried to use it as motivation to get better. “I chose after the loss of Philip to get my life back on track, but it took almost 10 years,” he later said. “I was crippled inside. Emotionally, insane is a hard word, but it’s manic depressive, bipolar.”

But his eventual return to the public came as a result of the most tragic of circumstances, when Lana Clarkson was found shot and killed in Spector’s home in Alhambra, California, in 2003. Spector had met the actor, then 40, at the House of Blues in Hollywood and invited her back to his home. There, prosecutors later said, she refused his advances. In turn, he stuck his gun in her mouth and and shot her to death.

The first trial ended in a deadlocked jury, but in the second, multiple women painted Spector as a dark and disturbed man. “I want to acknowledge the many women who testified and presented a picture of Phil Spector,” Los Angeles County District Attorney Steve Cooley said at the time. In 2009, a jury found Spector of second-degree murder and sentenced him to 19 years to life in prison, where he remained until his death.