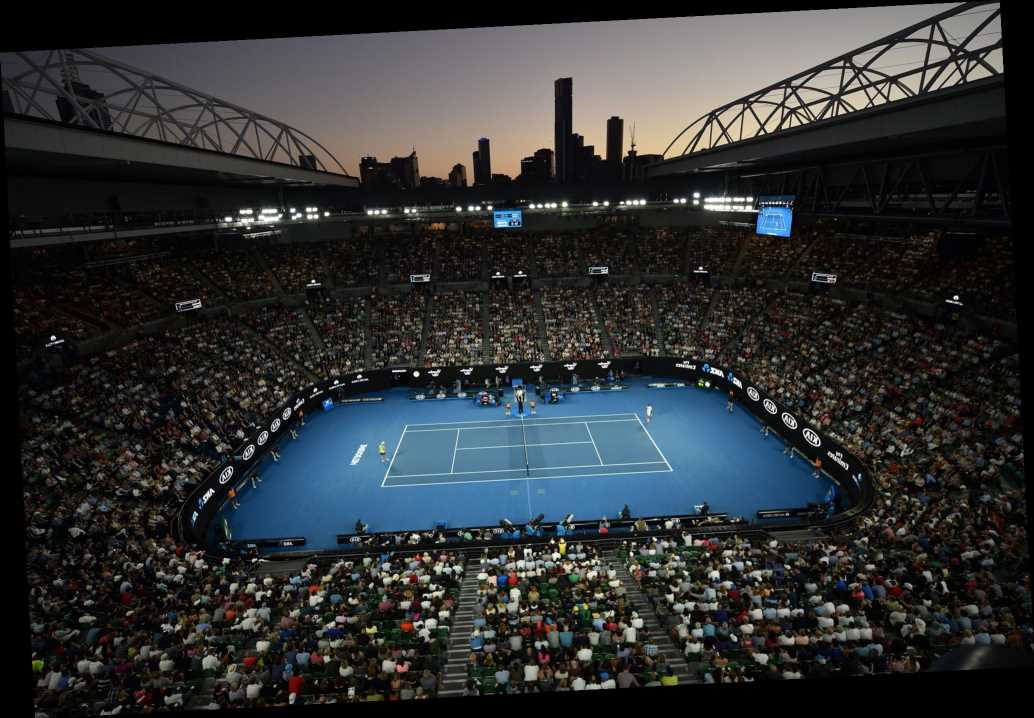 Nearly 50 players scheduled to play in the Australian Open are being forced to quarantine after multiple passengers on two charter planes arriving in Melbourne, Australia, tested positive for COVID-19.

On Saturday, the tennis organization announced that 24 players have been told to quarantine for two weeks after a flight carrying 79 people from the U.S. to Melbourne returned two positive COVID-19 tests.

The tests were returned from a member of the flight crew and a passenger, who is not a player, both of whom had tested negative within 72 hours of the flight.

A few hours later, the organization issued an additional statement announcing that another 23 players are also in quarantine after a flight carrying 64 people from Abu Dhabi to Melbourne returned one positive COVID-19 test, again not from a player. The person had tested negative before the flight.

According to both statements, the 47 players will not be allowed to leave their hotel rooms for 14 days until they are medically cleared. The players will also not be eligible to practice during the quarantine period.

All passengers have been placed in quarantine hotels and the three positive cases have been transferred to a health hotel.

"We are communicating with everyone on this flight, and particularly the playing group whose conditions have now changed, to ensure their needs are being catered to as much as possible, and that they are fully appraised of the situation," Australian Open Tournament Director Craig Tiley shared in the first statement.

"Our thoughts are with the two people who tested positive on the flight and we wish them well for their recovery," Tiley added.

Several of the players in quarantine reacted to the news on social media, sharing that a practice hiatus could affect their skills in the upcoming tournament.

"I have no issues to stay 14 days in the room watching netflix. Believe me this is a dream come true, holiday even. What we cant do is COMPETE after we have stayed 14 days on a couch. This is the issue, not the quarantine rule," Romanian player Sorana Cirstea tweeted.

According to CNN, tennis stars, including Serena Williams, Rafael Nadal and Novak Djokovic, flew to Adelaide, where Australian Open officials confirmed there have been no COVID-19 infections.

"Testing will continue on a daily basis," the organization tweeted on Saturday.

The Australian Open, which previously confirmed a three-week delay from the middle of January to early February, is set to start on Feb. 8, according to the ATP schedule.

In another statement from the Australian Open on Thursday, the tournament noted the requirements for players wishing to enter the competition.

"Players are only allowed to enter Australia for the Australian Open with proof of a negative COVID-19 test done just prior to departure, or with approval to travel as a recovered case at the complete discretion of an Australian government authority," the statement read. "Anyone wanting to travel to the AO who has previously tested positive to COVID-19 is required to provide additional and highly detailed medical information as proof they are a recovered case and no longer infections or a risk to the community."

As information about the coronavirus pandemic rapidly changes, PEOPLE is committed to providing the most recent data in our coverage. Some of the information in this story may have changed after publication. For the latest on COVID-19, readers are encouraged to use online resources from the CDC, WHO and local public health departments. PEOPLE has partnered with GoFundMe to raise money for the COVID-19 Relief Fund, a GoFundMe.org fundraiser to support everything from frontline responders to families in need, as well as organizations helping communities. For more information or to donate, click here.