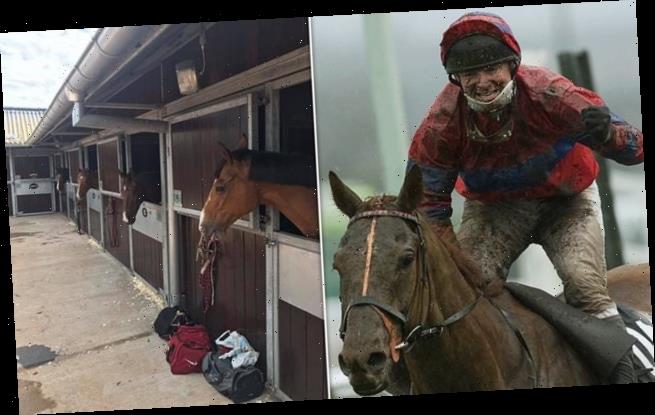 Grand National winner turned racehorse trainer Richard Guest has been turfed out of his home in the former grounds of a country manor after a judge found he had turned the property into ‘a mess’.

Mr Guest, who won the 2001 Grand National on Red Marauder, has been locked in a court fight with wealthy Yorkshire landowner Oliver Kent over his home and business, based at Ingmanthorpe Racing Stables, near Wetherby.

It sits on land parcelled off from the grounds of £1.5million country pile, The Manor, Ingmanthorpe Grange Farm.

When Mr Kent and his wife bought the land in 2015 with plans to build a house on it Mr Guest was already living there in a static caravan.

He had worked as a racehorse trainer for the owners of the manor Eric and Lorraine Lumley.

Mr Kent struck an ‘amicable’ deal with Mr Guest that he could carry on training racehorses from the stables until his new landlord had finished building a home on the land for the couple to move into.

But Mr Kent, a ‘keen equestrian’ himself whose wife also trains horses, went on to sue Mr Guest in the Leeds County Court, claiming his tenant breached his lease by failing to properly repair and maintain the property and allowing it to become a ‘mess’. 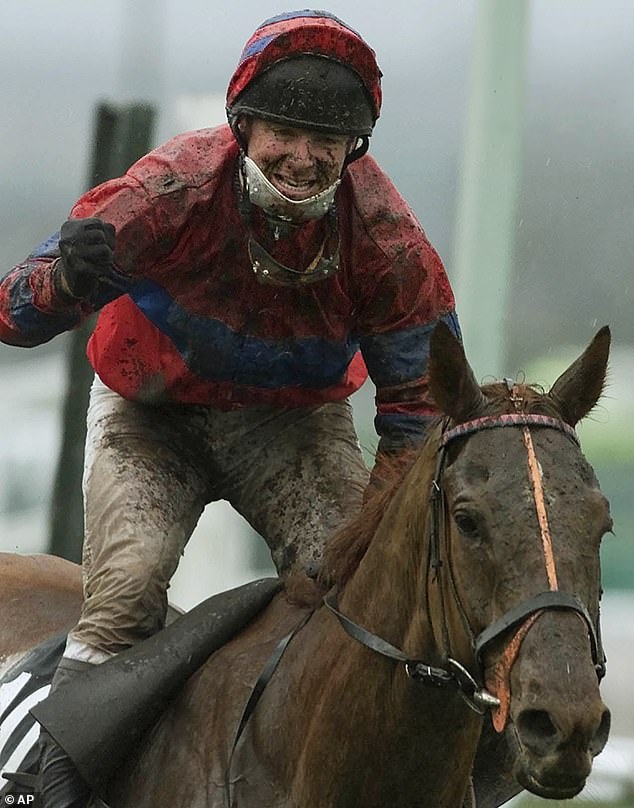 When Mr Guest’s lease ended in April 2018 Mr Kent told him to ‘vacate the property’, but the ex-jockey flatly refused.

He then launched a court bid of his own seeking the right to move into the couple’s newly built house.

Now High Court judge Mr Justice Snowden has rejected his appeal ruling that Mr Kent has the right to turf the former National Hunt champ off his land.

Mr Guest, who has himself trained more than 400 race winners, won the Champion Hurdle as well as the infamous 2001 ‘monsoon’ Grand National in which the course was so drenched that only two riders crossed the winning line without mishap.

The 55-year-old, who rode the legendary Shergar as an apprentice teenage jockey, caused a stir earlier this year when he announced his intention to get back in the saddle and apply for his licence to ride races once more.

When Mr Kent and his wife moved in, Mr Guest was granted a one-year lease on the land for an annual rent of £24,000. 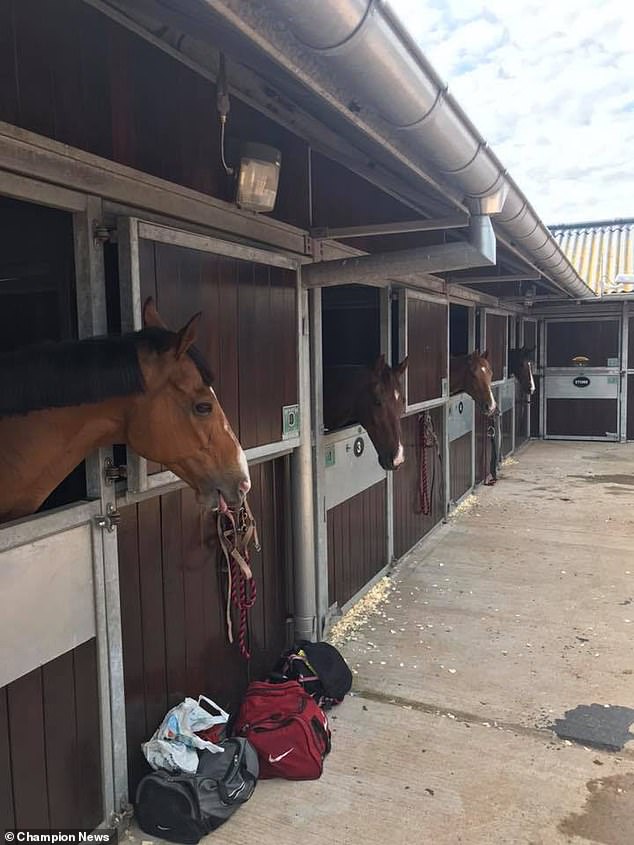 Has been locked in a court fight with wealthy Yorkshire landowner Oliver Kent over his home and business, based at Ingmanthorpe Racing Stables (pictured), near Wetherby

This was later renewed until April 2018, when his landlord sent him a letter ‘requiring him to vacate the property’.

That letter prompted the court clash between the two men, with the former jockey defending the claim brought against him.

He counter claimed for a declaration that ‘if he was entitled to a new business tenancy he was also entitled to occupy the new house that the Kents had built on the property’.

He also found that Mr Guest gave ‘opportunistic and dishonest evidence about the circumstances in which he had been granted the lease, and as to the intentions of the parties concerning the house to be built on the property’.

He went on to decide that the property had become a ‘mess’ under Mr Guest’s tenancy and ‘accepted Mr Kent’s evidence that the condition of the property in terms of maintenance and repair had greatly deteriorated’. 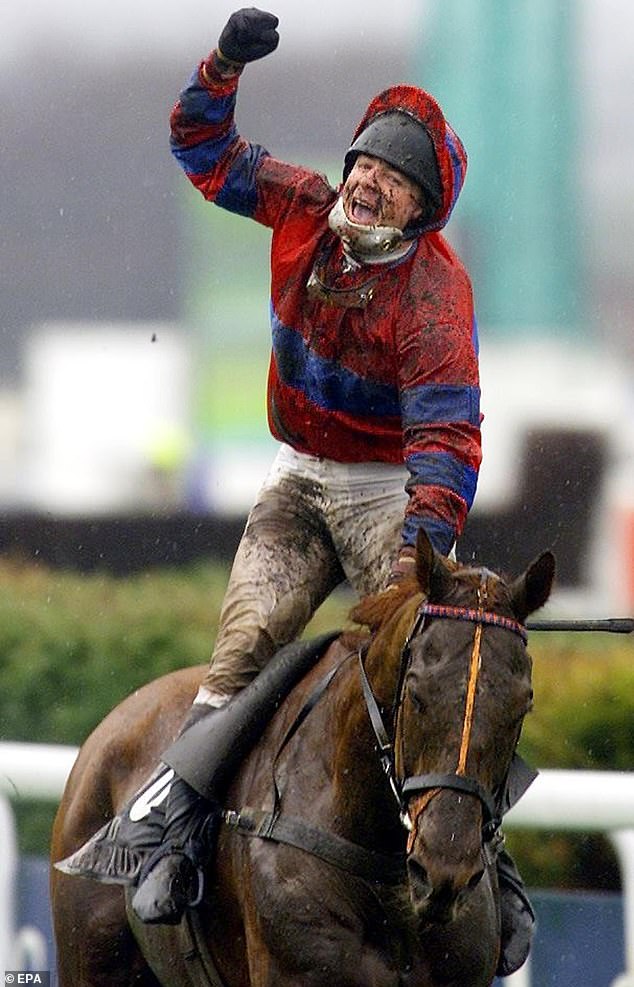 The county court judge declared that ‘In common parlance it looks a mess’ despite Mr Guest’s lease requiring to keep the property ‘clean and tidy’.

Mr Guest had been running an artificial turf business from the land and ‘made a practice of burning trade and domestic waste on the Property and had wilfully ignored warnings from the local council about doing so’ the judge said.

Mr Justice Snowden in the High Court acknowledged the trial judge had failed to pinpoint the specific dates on which ‘the various items of untidiness or disrepair had occurred’.

But this clearly occurred during the period of Mr Guest’s lease, he said, and added: ‘In my view that conclusion was adequately supported by the evidence to which I have referred and the lack of any objective or credible evidence to the contrary.’

The trial judge’s finding that Mr Guest was not entitled to a new lease was ‘plainly the right decision’, said Mr Justice Snowden, dismissing his appeal.

At the time, he was the joint oldest jockey on the course and his horse, who experts said was the worst jumper to have won the race, was a 33-1 outsider.

As the heavens opened and wreaked havoc at Aintree, Guest was only one of four riders and their horses to see out the carnage and cross the finish line.

The Daily Mail’s report of the race described how Guest ‘virtually threw away his career’ just three years before when he ‘petulantly’ hurled his jockey’s license at stewards at Perth racecourse after they found him guilty of failing to try hard for the third time in a season. 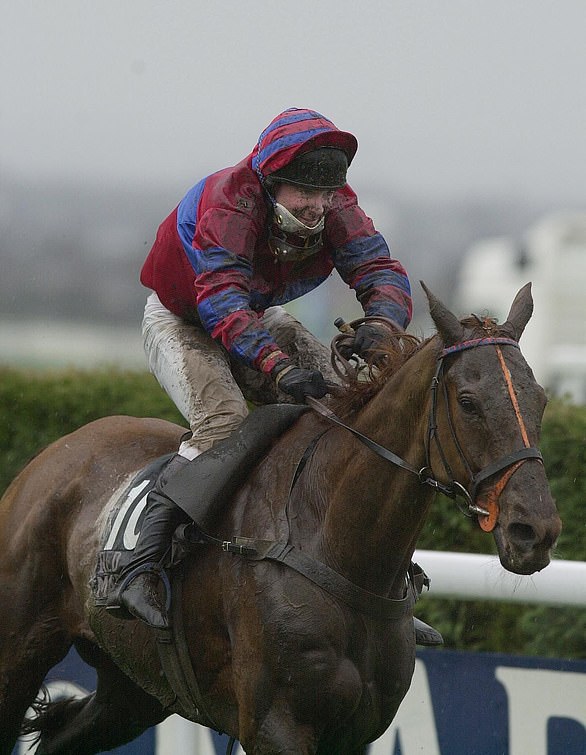 After the incident, he took a six-month sabbatical before returning ‘cap in hand’ to the Jockey Club to reapply for his licence.

After winning the 2001 race, Guest said: ‘I did vow I would never ride again when I chucked my licence at the Perth stewards but I had second thoughts.’

Speaking of Red Marauder, which was trained by Norman Mason, Guest said he was ‘very brave’ because he had had ‘a sore foot only a week ago’.

He added: ‘I had some reservations about riding in those conditions but it all worked out for the best.’

Guest’s Grand National win cemented him as a national hero for a day – for surviving the worst conditions as other riders fell. 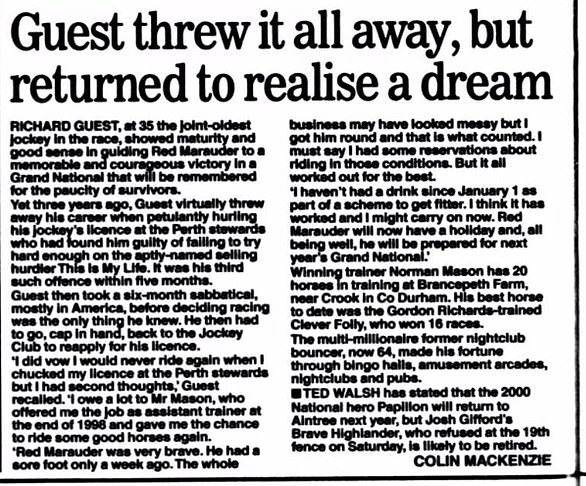 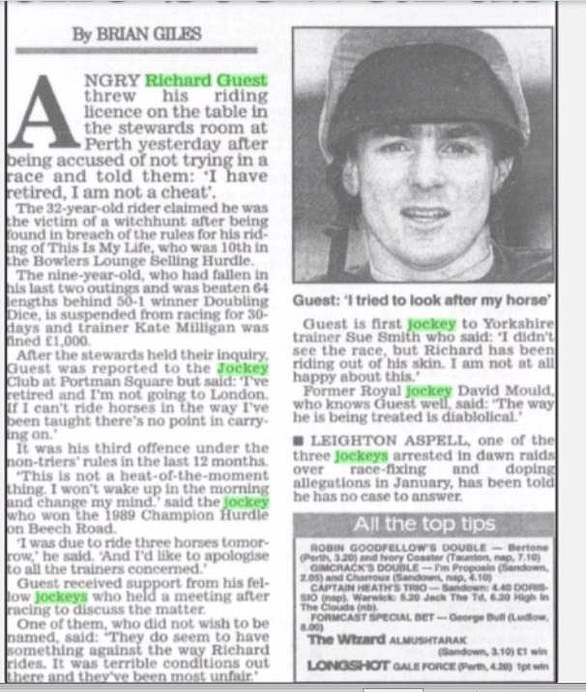 The Daily Mail reported in 1998 how ‘angry’ Guest threw his licence down in front of stewards at Perth racecourse and told them: ‘I have retired, I am not a cheat’

After retiring as a jockey 15 years ago, Guest became a trainer. He has since trained more than 400 race winners.

But he was prosecuted by the RSPCA in 2006 following the death of one of his horses and pleaded guilty to a charge of animal cruelty.

He said reapplying for a jockey’s license would allow him to try to beat Dick Saunders’s record as the oldest winner of the Grand National, aged 48.

Guest said he was training good horses and asked, ‘Who better to ride them than me?’

In March, it was reported by the Racing Post that Guest was switching his training operation from Wetherby to Harraton Stables in Suffolk.

He said he had had an offer ‘too good to refuse’ to run the stables in conjunction with those he runs at Ingmanthorpe.

He said: ‘I received an offer too good to refuse from Simon and he wanted me to take over at Harraton Stables.

‘It’s an exciting offer and the plan is to keep Ingmanthorpe and use it as a pre-training yard.