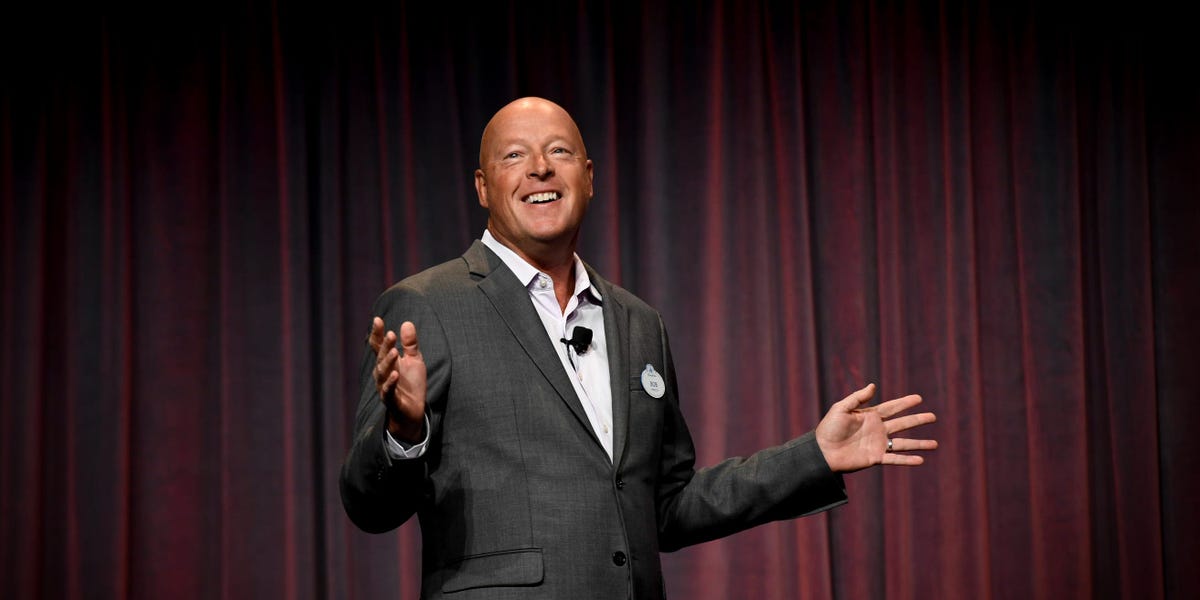 Disney in February kicked off a big transition that began with CEO Bob Iger scaling back his duties ahead of his planned retirement and company veteran Bob Chapek taking the helm.

Since then, at least 40 senior executives have departed Disney, including key business leaders who resigned like Kevin Mayer and Ricky Strauss and others who were dismissed amid leaderships restructurings or layoffs caused by the pandemic.

Business Insider reviewed articles, talked to current and former employees, and spoke with recruiters to compile a list of leaders who have left the company.

Disney did not provide a comment by time of publication.

Executive exits are common after leadership shake-ups. WarnerMedia also lost at least 35 top executives after CEO Jason Kilar came aboard in May.

Read more: WarnerMedia has lost at least 35 top execs since Jason Kilar became CEO and began a massive reorg focused on streaming. Here are all the leaders who have exited.

The breadth and caliber of Disney's departures speak both to the influence of Chapek's internal reorganization and the challenges the company's traditional divisions like parks and theatrical have faced.

Disney reported during its last fiscal year a $7.4 billion hit to its segment operating income caused by the COVID-19 crisis.

"When COVID hit, it hit us hard," Christine McCarthy, Disney's chief financial officer, said at a Bank of America conference on September 10. "We're not making any bones about that."

Chapek's promotion to CEO also "sent shockwaves" through the company's studio system, one former Disney studios staffer who left the company in 2020 told Insider. She spoke on condition of anonymity because she wasn't authorized to speak publicly about internal matters.

In one of many roles throughout his Disney career, Chapek was president of distribution for Walt Disney Studios. The former studios staffer said Chapek was known as a no-nonsense, data-driven leader, which made some staffers enthusiastic about his elevation to CEO. Others were sad to see Iger step down. The former studio staffer said Iger was more of a "people person" and the "face of Disney."

But she said she thought that Chapek was the kind of leader Disney needed right now to guide it through the pandemic and the shifting media environment the pandemic accelerated.

"He's the right person to run Disney tighter and a good leader for this era," the person said. "Disney is an incredible machine but there's waste everywhere."

He introduced a major restructuring in October that focused on its streaming business and created a new media and entertainment distribution group overseen by Kareem Daniel, who worked with Chapek in various roles including senior positions in Disney's theme-parks and consumer-products businesses.

Read more: Meet the 5 Disney execs who gained power in its major reorg, including Kareem Daniel who will spearhead its ambitious streaming strategy

The company also laid off thousands of employees last year, particularly from its parks business that has been slammed by the pandemic, as well as at media networks like ESPN.

Read more: 'Even worse than we thought': ESPN employees describe how its 300-person round of layoffs has unfolded and what they think the future holds

The wide-scale changes have unsettled the ranks and created some uncertainty among staffers who sit far from Disney's streaming epicenter.

Some executives have headed for the exit.

Most recently, Strauss, an executive essential to getting Disney Plus off the ground, departed as Disney Plus' president of programming and content curation, a role created in the restructuring. He was previously the president of content and marketing for Disney Plus.

A former Disney Plus staffer, who spoke to Insider on condition of anonymity to protect business relationships, speculated that Disney's new direction contributed to Strauss' exit.

"The original senior exec structure was pulled out from under him," the former Disney Plus staffer said. "It's probably not what he signed up for."

Strauss said as much in a memo to his team (published by Variety) announcing his departure: "It took much thought and consideration, but with our new structure and the changes to my role, the reorganization does not provide me with the opportunity to do the kind of work I love to do and to continue making the intended impact I have been so fortunate to have achieved at Disney."

Those comments could be reflective of the broader changes in Disney as the company reorients itself around streaming and more executives depart.

Still, other executives, including the former movie chief Alan Horn, have simply used Disney's transitional period to kick-start their own transitions. Horn, 77, stepped down as cochairman of Walt Disney Studios into a chief-creative-officer position, which foreshadowed his eventual retirement.

One former Disney TV executive said Chapek had done his best during an unexpectedly challenging moment. Chapek took the reins at Disney just before the pandemic took hold and had Iger's impressive legacy to live up to.

"I think he should get very high marks for a no-win situation," the person said of Chapek.

Chapek seems to have appeased Wall Street as well. The company's stock is up 37% from the day Chapek was named CEO, compared with a 22% lift in the S&P 500 index.

A list of the executives who left or plan to leave Disney follows.

Did we forget someone? Please get in touch with reporter Ashley Rodriguez at arodriguez@businessinsider.com or via encrypted email at ashrodriguez@protonmail.com.