A YOUNG boy has lost both his legs after attempting to ‘train surf’ in a bid to make him a YouTube star.

Arkady Aksenov, 11, had his limbs sliced off when he fell from a moving Russian cargo train and the wheels ran over him. 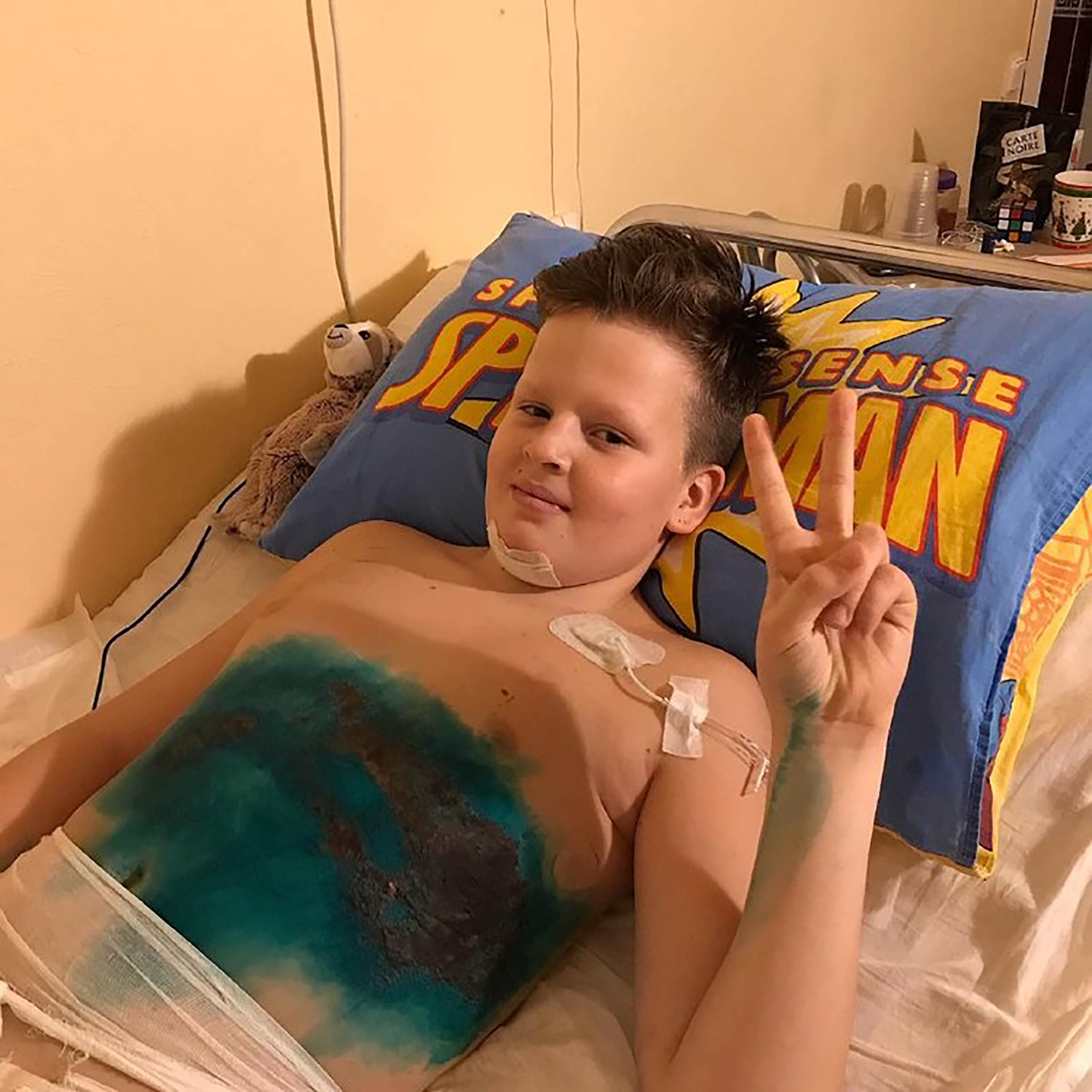 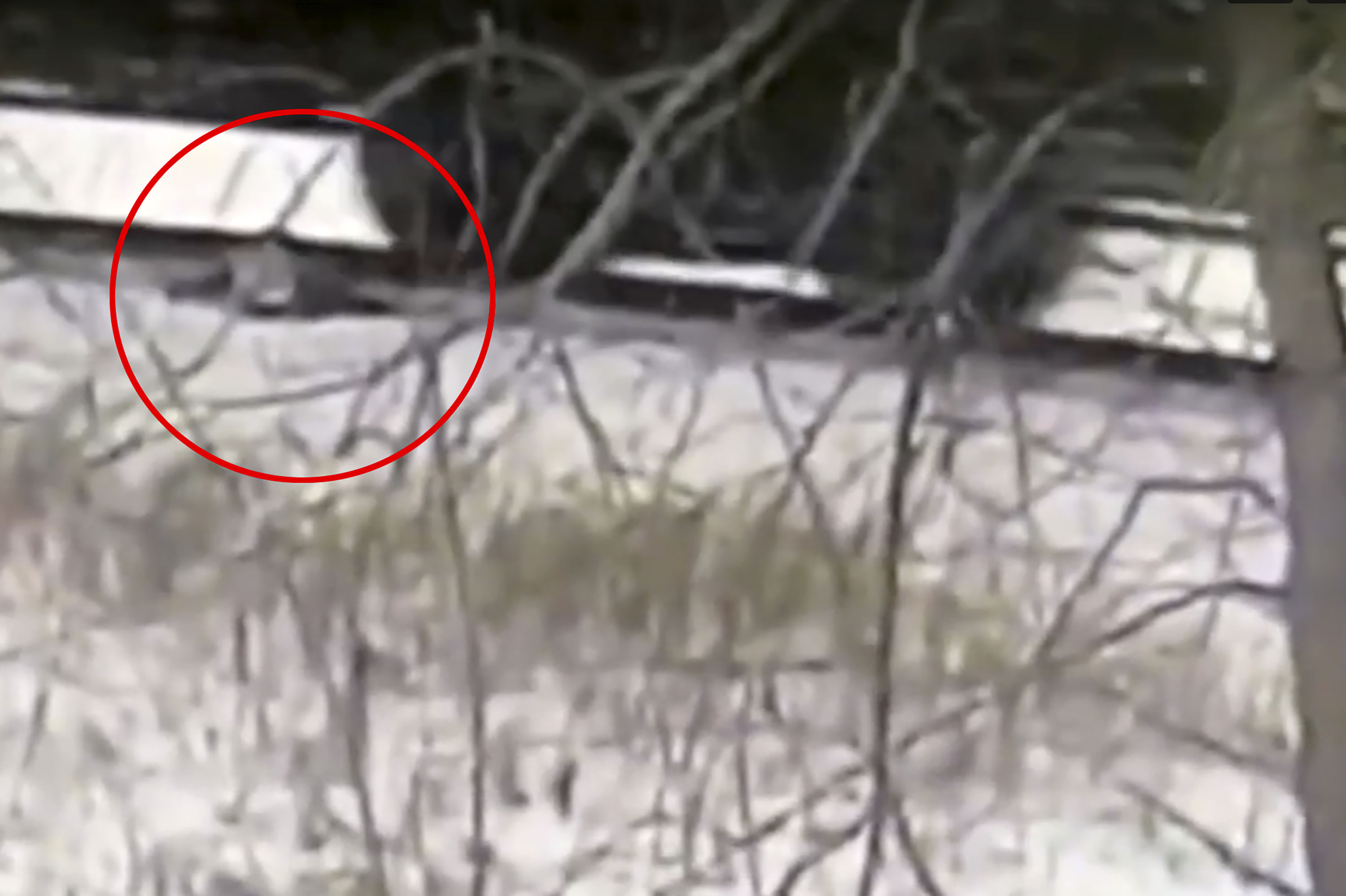 The boys he was with – aged 14 and 12 – ran away and “left him for dead”, claims his mother Maria Petrova, who has gone public on the horror case to publicise the acute dangers from an escapade that has become popular despite the acute dangers.

Her son’s left leg was torn off completely, up to his buttock.

His right leg was also lost, but the cut was lower.

The yoga teacher’s furious and heartrending post on social media is addressed to the two boys she claims bullied her son to take part in the deadly activity in St Petersburg, and their parents.

“Boys, you who study at the same school as Arkady and who have been pushing him to try train surfing and make a video for YouTube ‘to become famous’,” she wrote.

“You who threatened him to get on that train. There were two of you, aged 12 and 14, your names and addresses are of course established.”

The older boy is an “experienced” train surfer with his own YouTube Channel, it is claimed. 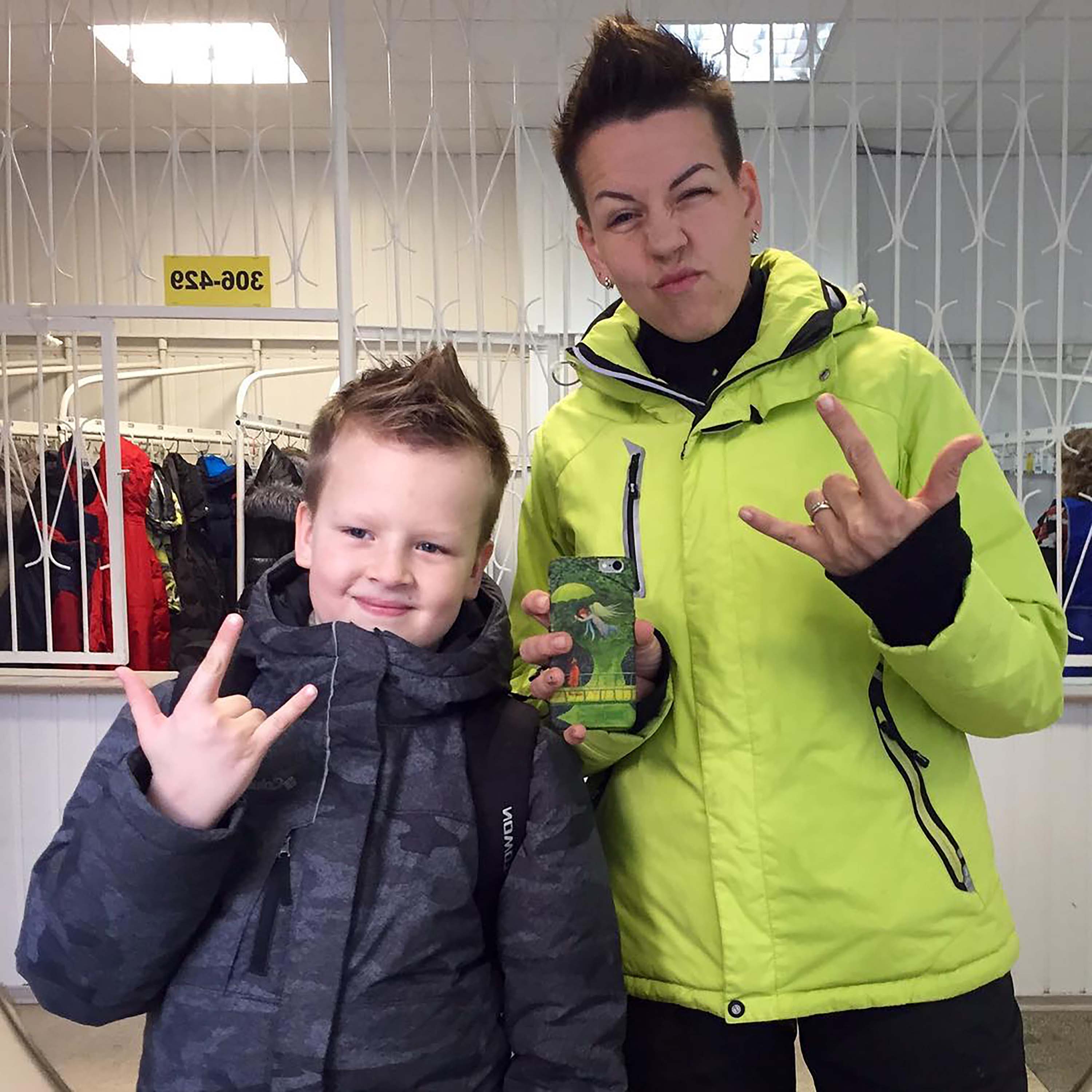 She posted: “They left him wounded, bleeding. They didn’t panic, but quietly left, through the bushes.

“They didn’t try to run towards people so that they could have been seen by the accident place.

“They were certain that there were no CCTV cameras on the railway, which is true, and that Arkady would die and not say a word.

“You little idiots! If you were to call help, you would have been heroes.

“Your parents won’t be punished either, because there is no clause in the Criminal Code which sends you to jail for being a bastard and for raising a bastard.”

The furious woman attacked the parents of the boys, saying: “You didn’t even call me.” 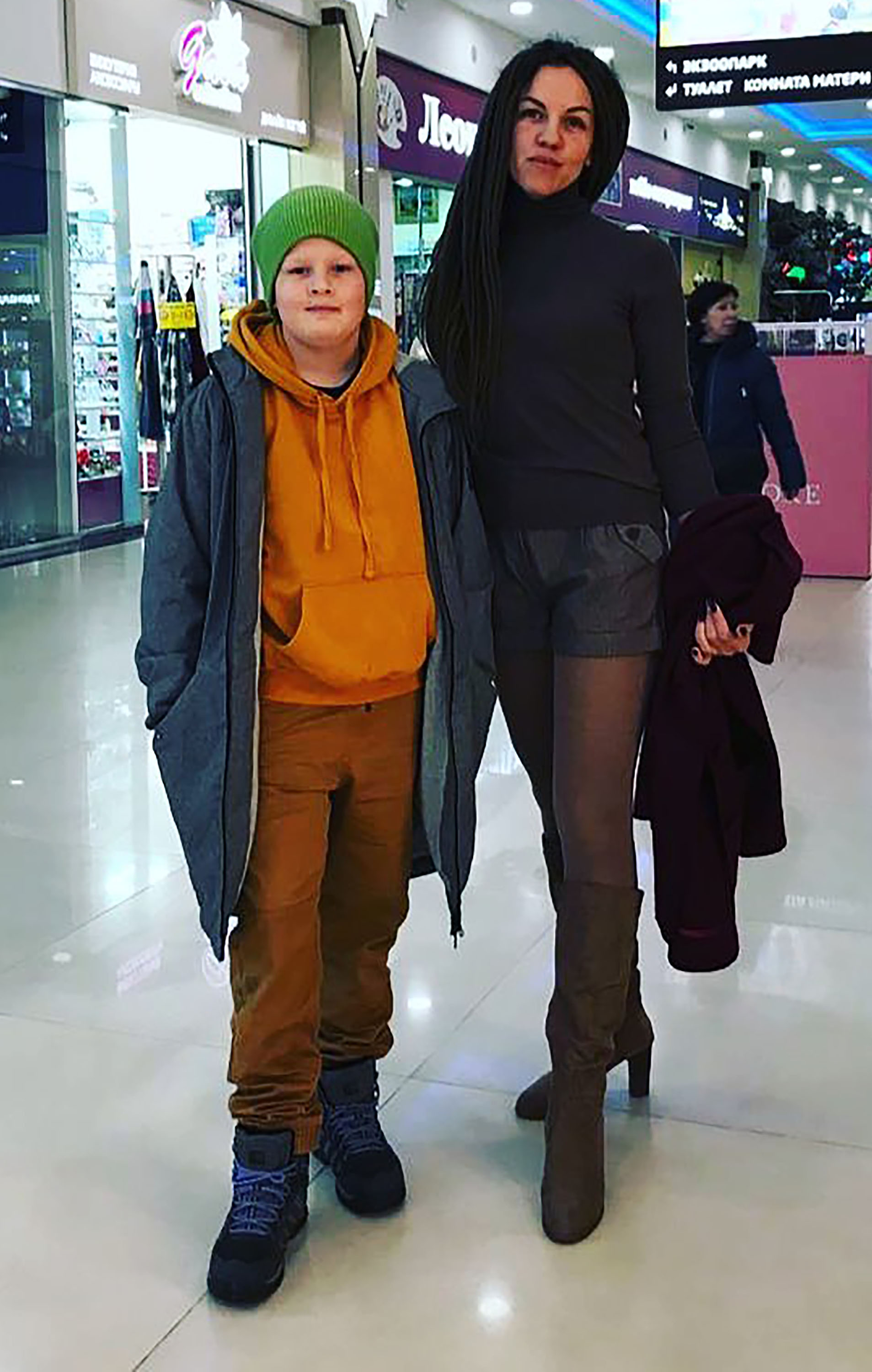 The mother of one is training to become a lawyer, she said. 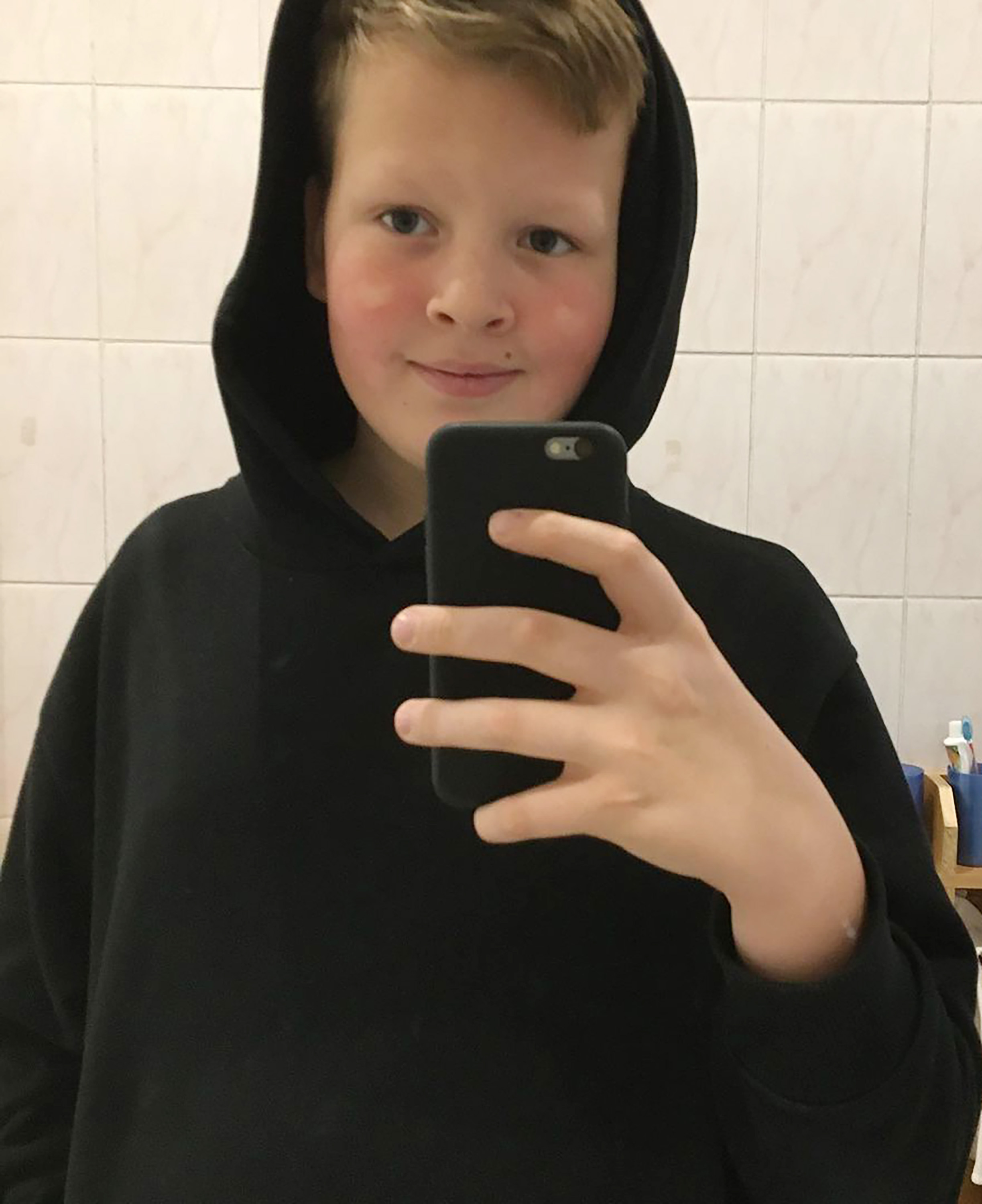 On the other mother she said: “I wish I could tell you to stop drinking. But I doubt you would ever be sober enough to read my advice.”

She told them: “Live with it. I wish that every night a bloodied boy without legs comes to your nightmares, stretching his arms towards you, and begging you to help.

“His nails are broken off, his fingers are dirty because he was fighting the force of the train, holding himself on so that the train didn’t pull him under completely.”

She has watched 58-minute footage of the boy – a keen martial arts fighter before the tragedy –  lying by the track in minus 5C cold until the passing train driver stopped “to save my son’s life”.

The driver said: “I noticed a large dark spot from the corner of my eye, and thought it was soil not covered with snow, when suddenly it moved.

“It was a person who somehow lifted himself off the ground, and pushed away from the track.”

He thought at first it was a homeless man who had sought to cross the tracks.

But he said: “When I got closer, I realised it was a boy lying with his face down in the pool of his blood.

"To say I was shocked is to say nothing. This story needs to be heard as wide as possible.

“Children simply don’t realise that a train even when it moves at slow speed creates a force that can pull them underneath.”

The mother made the case public after watching her son on a ventilator for two weeks.

“It is a miracle he survived for so long,” she said.

“I still cannot believe he remained sane after what happened to him.

“I didn’t even know about train surfing before this happened.

“The more I read about it now the more I feel mortified.”

Detectives working on his case liken the illegal activity to sickening “so-called death groups” trying to push teens to suicide, she said.

“I am going to fight this,” she vowed.

“It’s beyond me why nothing is done to stop this. 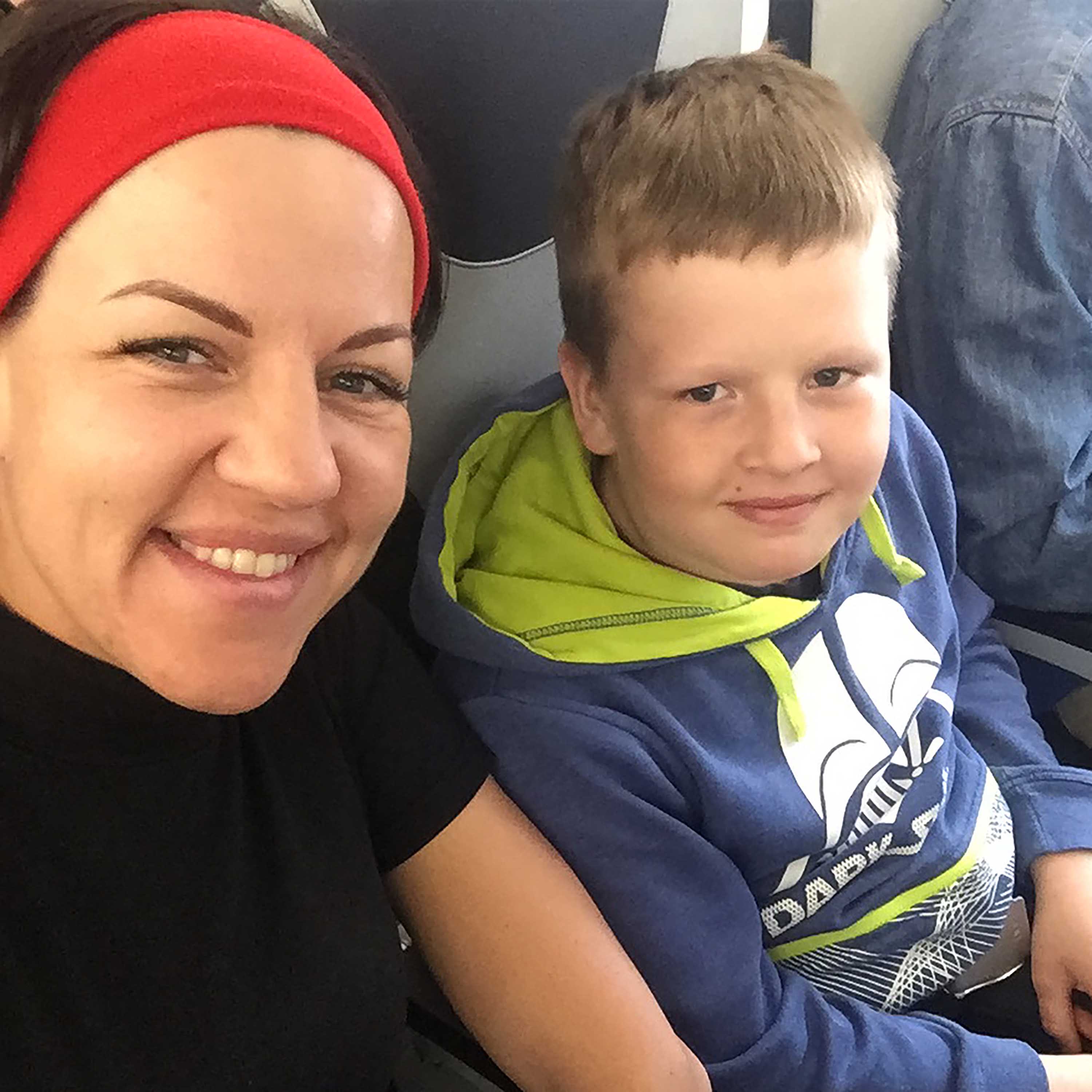 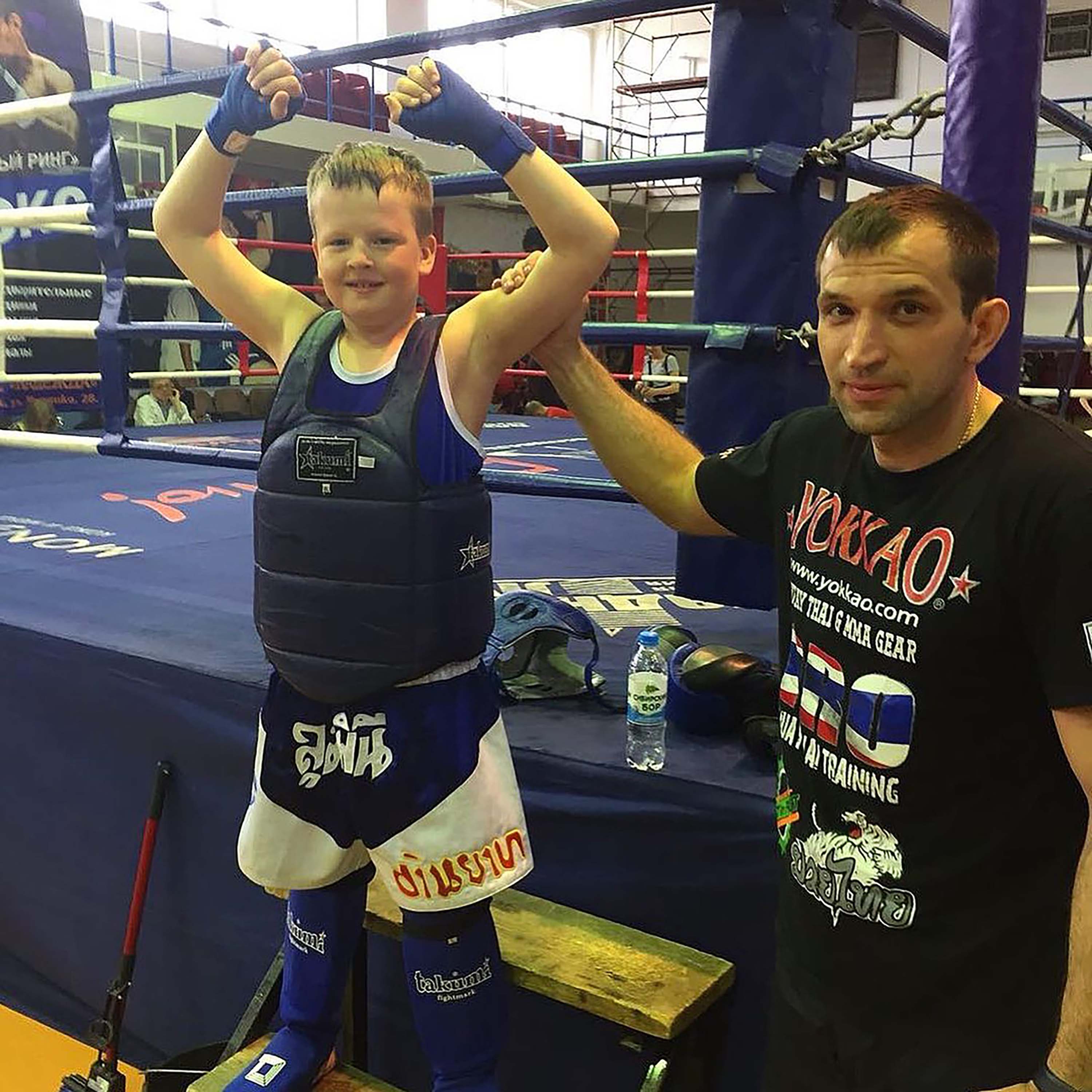 “Rails all around Russia are literally soaking in children’s blood, and no-one is trying to stop it.”

Doctors say he remains in a critical condition in hospital.

State transport investigators say they are probing the case, and a criminal case has been launched on violation of traffic safety rules.