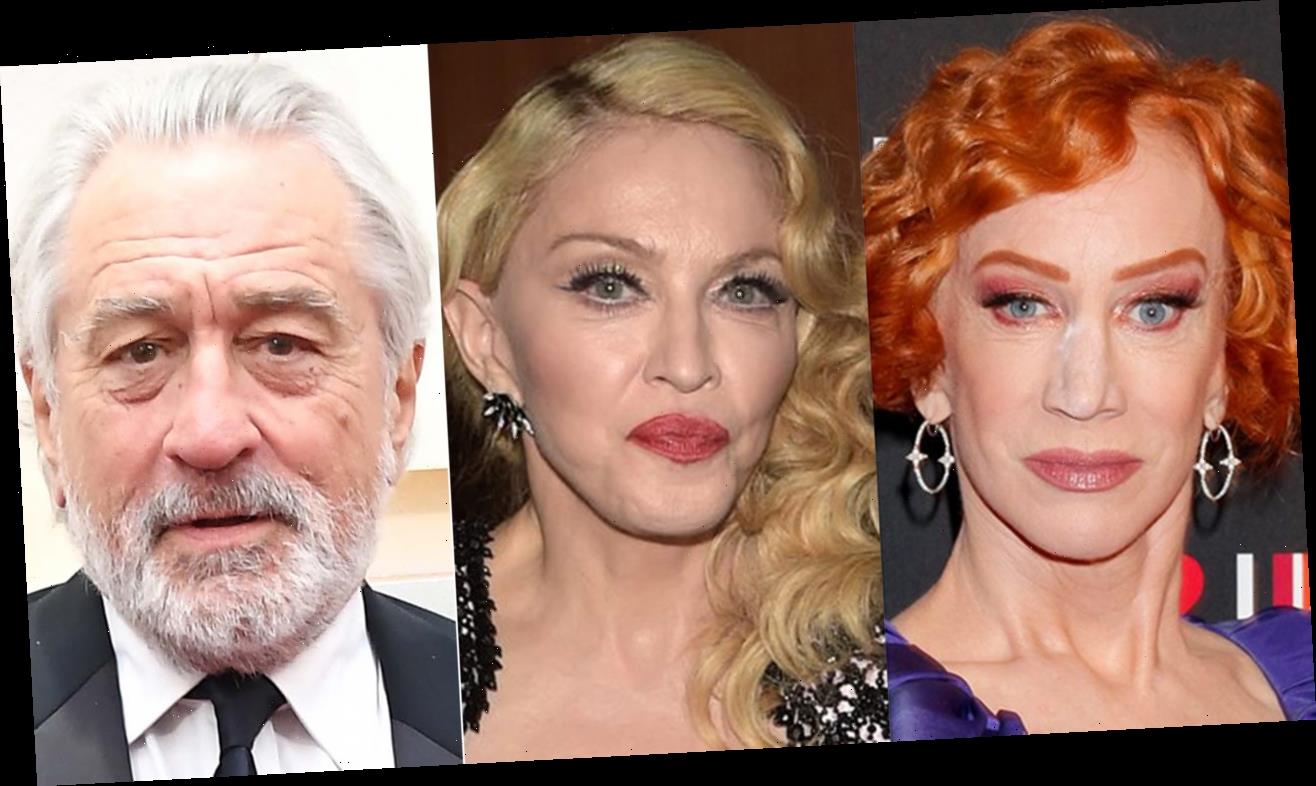 During his remarks at the hearing in the House, Buck highlighted the trio of stars as being particularly outspoken anti-Trump people, who he went as far to accuse of fomenting the violence that was seen last week at the U.S. Capitol. On Jan. 6, protesters of Joe Biden’s win in the 2020 election breached the security of the Capitol building in what became a riot that left five people dead.

“Robert De Niro said he wanted to punch the president in the face. Madonna thought about blowing up the White House. Kathy Lee Griffin [sic] held up a likeness of the president’s beheaded head and nothing was said by my colleagues at that point in time,” Buck said during his remarks.

Griffin, who was incorrectly named as “Kathy Lee Griffin” by Buck, took to Twitter to comment on being name-dropped during the impeachment proceedings.

“My only take away… ‘Kathy Griffin AND MADONNA,’” she wrote.

In a follow-up tweet, she also commented on the name gaffe, writing: “Kathy LEE Griffin, reporting for duty.”

She also responded to a handful of people in Congress criticizing Buck for bringing the celebrities up during the hearings by joking that she goes by “Kathy Lee Griffin” now.

The comedian was mentioned for a 2017 photo she participated in that saw her holding a fake, bloodied head of Trump shortly after he took office. The move cost her several jobs and led to some celebrity friends distancing themselves from her. However, that didn’t stop her from reposting the controversial image on Election Night. 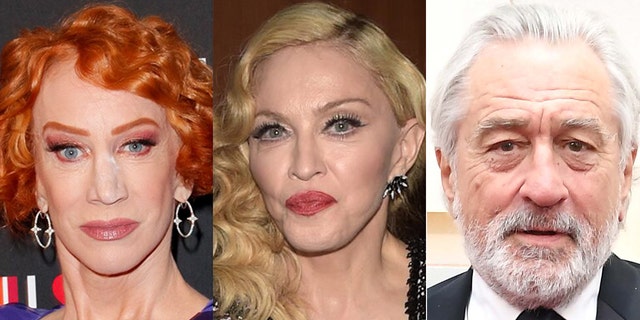 Meanwhile, Buck also referenced a comment that Madonna made while speaking at a women’s march in Washington, D.C.

“Yes, I’m angry. Yes, I am outraged,” she said at the time. “Yes, I have thought an awful lot about blowing up the White House. But I know that this won’t change anything. We cannot fall into despair. As the poet W.H. Auden once wrote on the eve of World War II, we must love one another or die. I choose love.”

The singer later clarified on Instagram that she did not intend for her speech to be misconstrued as a threat.

“I am not a violent person, I do not promote violence and it’s important people hear and understand my speech in it’s [sic] entirety rather than one phrase taken wildly out of context,” she wrote in part at the time.

Finally, the largely outspoken De Niro was mentioned in Buck’s remarks over comments he made in a 2016 video for the #VoteYourFuture initiative designed to encourage Americans to vote in the presidential election.

“It makes me so angry that this country has gotten to this point that this fool, this bozo, has wound up where he has. He talks how he’d like to punch people in the face? Well, I’d like to punch him in the face,” the Oscar-winner said in part in a piece of unused footage that was later released separately (via Entertainment Weekly). “This is somebody that we want for president? I don’t think so.”

Representatives for Madonna and De Niro did not immediately responded to Fox News’ requests for comment.