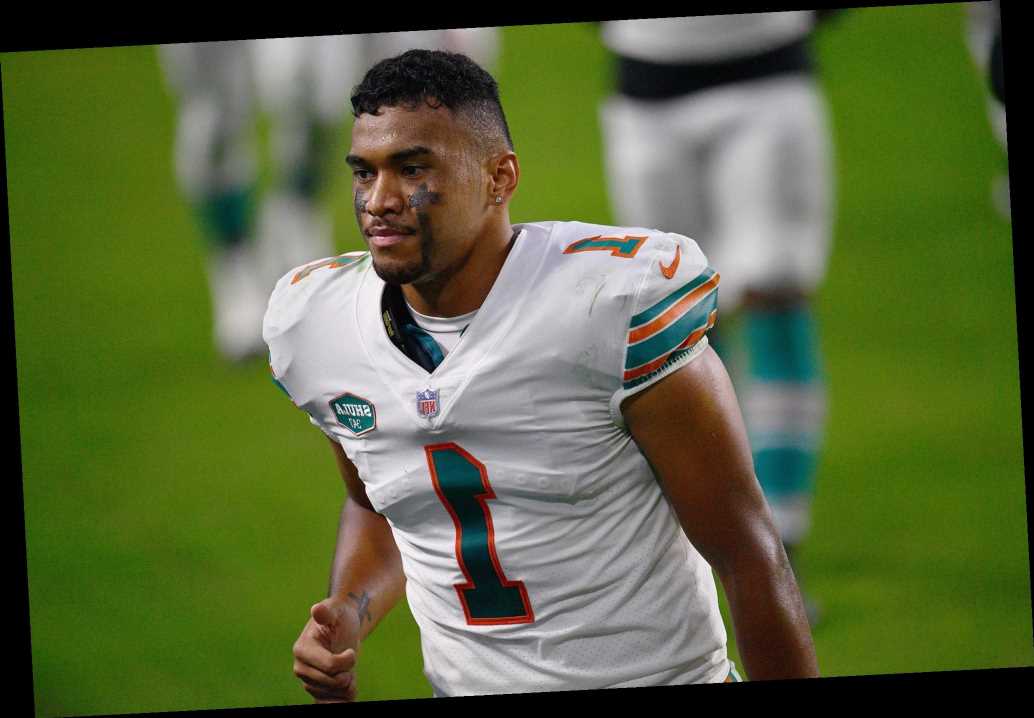 General manager Chris Grier is sticking with Tua Tagovailoa, saying last week he would be the Dolphins’ starting quarterback next year.

His players, however, do not seem sold.

Three unnamed players questioned if the No. 5 overall pick in the 2020 NFL Draft is the right guy.

“I understand what [Grier and head coach Brian Flores] said,” one player told the Miami Herald. “But I don’t understand why.”

This report comes coincidentally amid Pro Bowl quarterback Deshaun Watson’s unhappiness with the Texans and a report that he’d consider a trade to the Dolphins. New Houston general manager Nick Caserio has said Watson is their quarterback and plans to move forward with him despite the 25-year-old’s dismay at the team’s current direction.

As for Tagovailoa, one of the players said the team was “totally caught off guard” when the rookie was named the starting quarterback for the seventh game of the season. He was twice benched mid-games in favor of Ryan Fitzpatrick.

“We always think next man up no matter what,” another player said. “But I saw Tua as the next man up because Fitz was better.”

One of the players questioned whether the Dolphins can rise to true contender status in the AFC with Tagovailoa under center, considering the conference is home to quarterbacks like Patrick Mahomes, Josh Allen and Watson.

“Those are the boys we got to beat, right?” this player said. “It looks right now like that’s going to be a big challenge.”