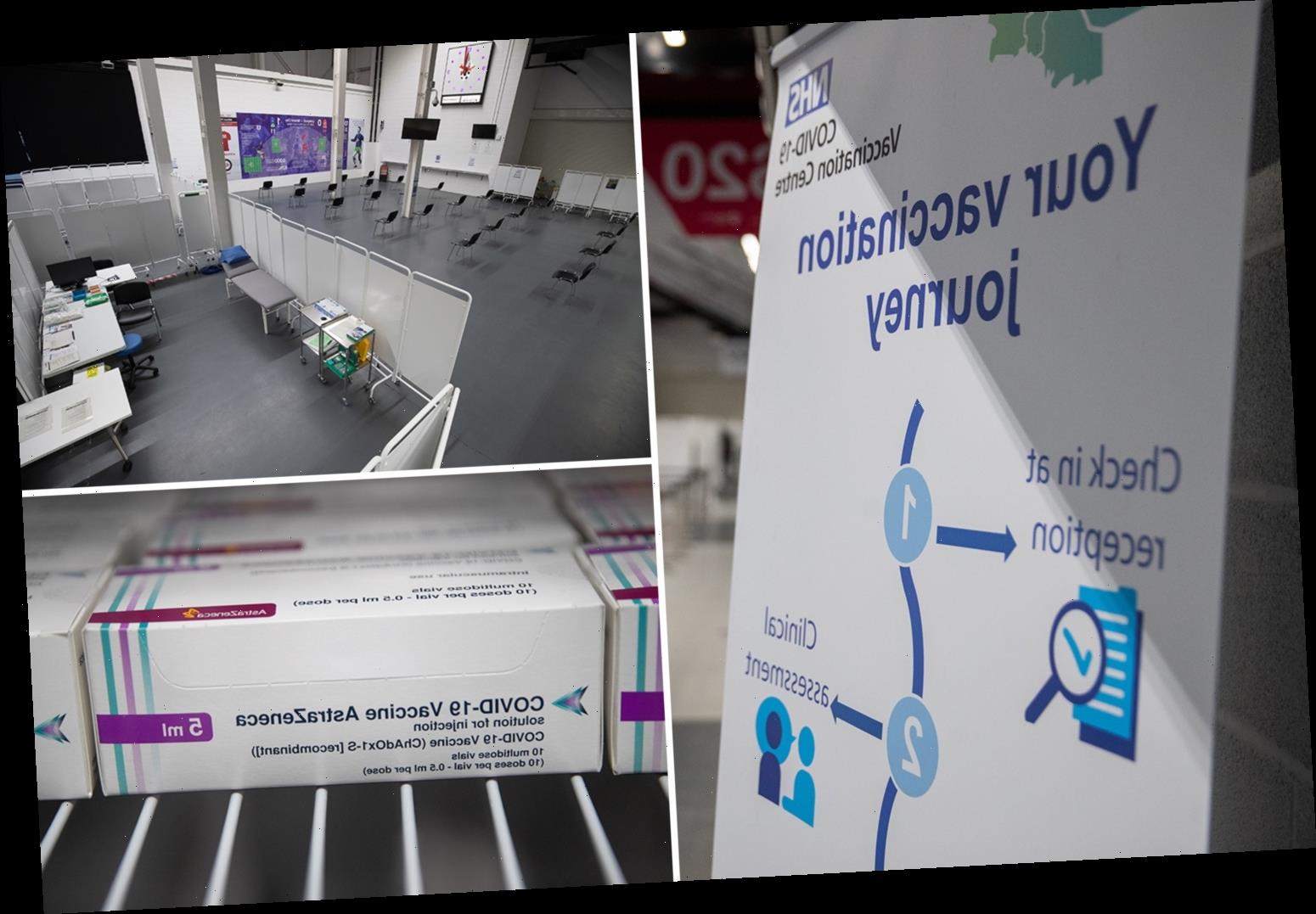 A MASS vaccination centre at Bristol City’s football stadium which can jab four people every minute is ready to open on Monday.

Normally home to Bristol City F.C. and the Bristol Bears, the Ashton Gate Stadium has been transformed in the race to vaccinate Britain. 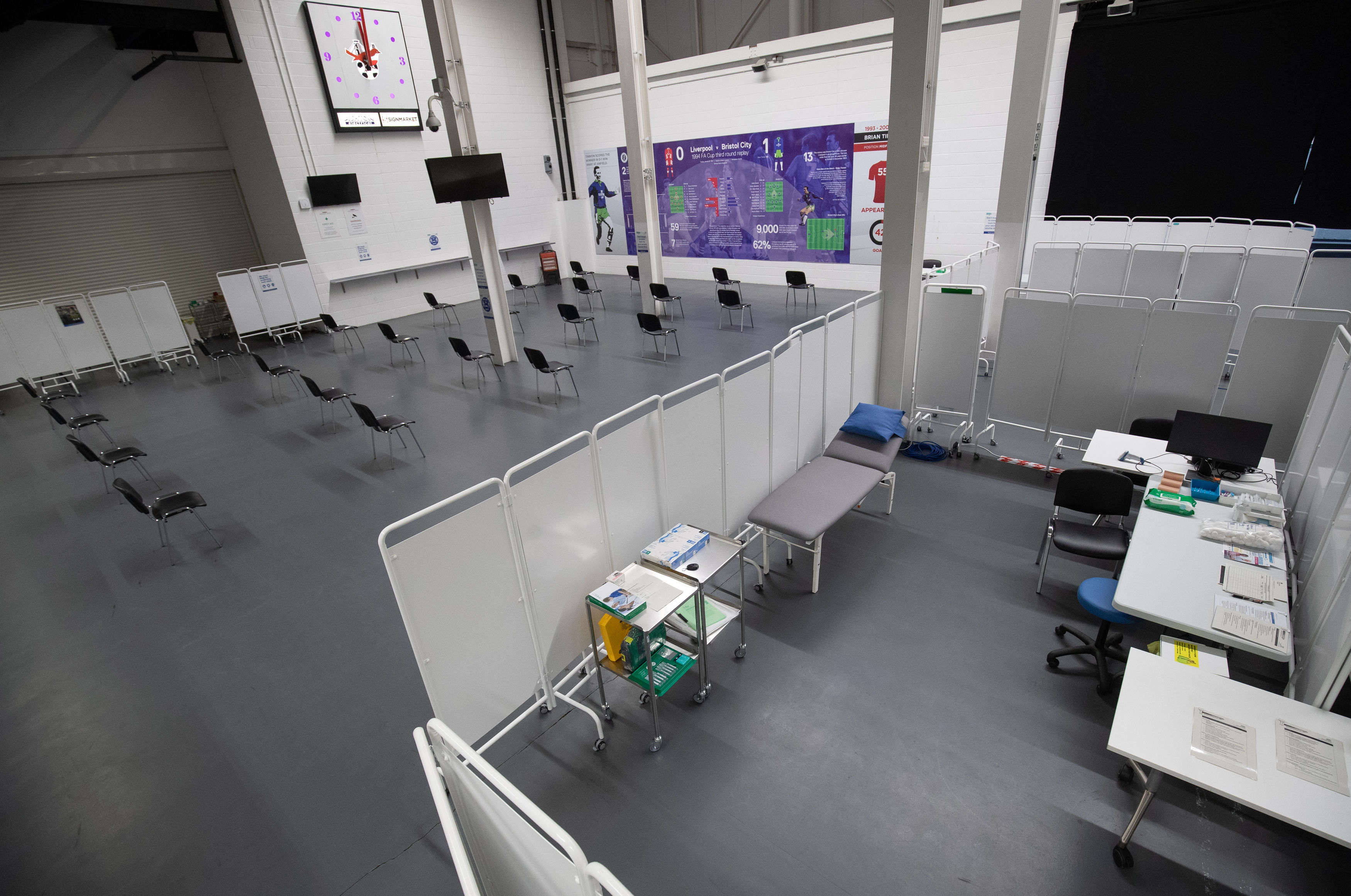 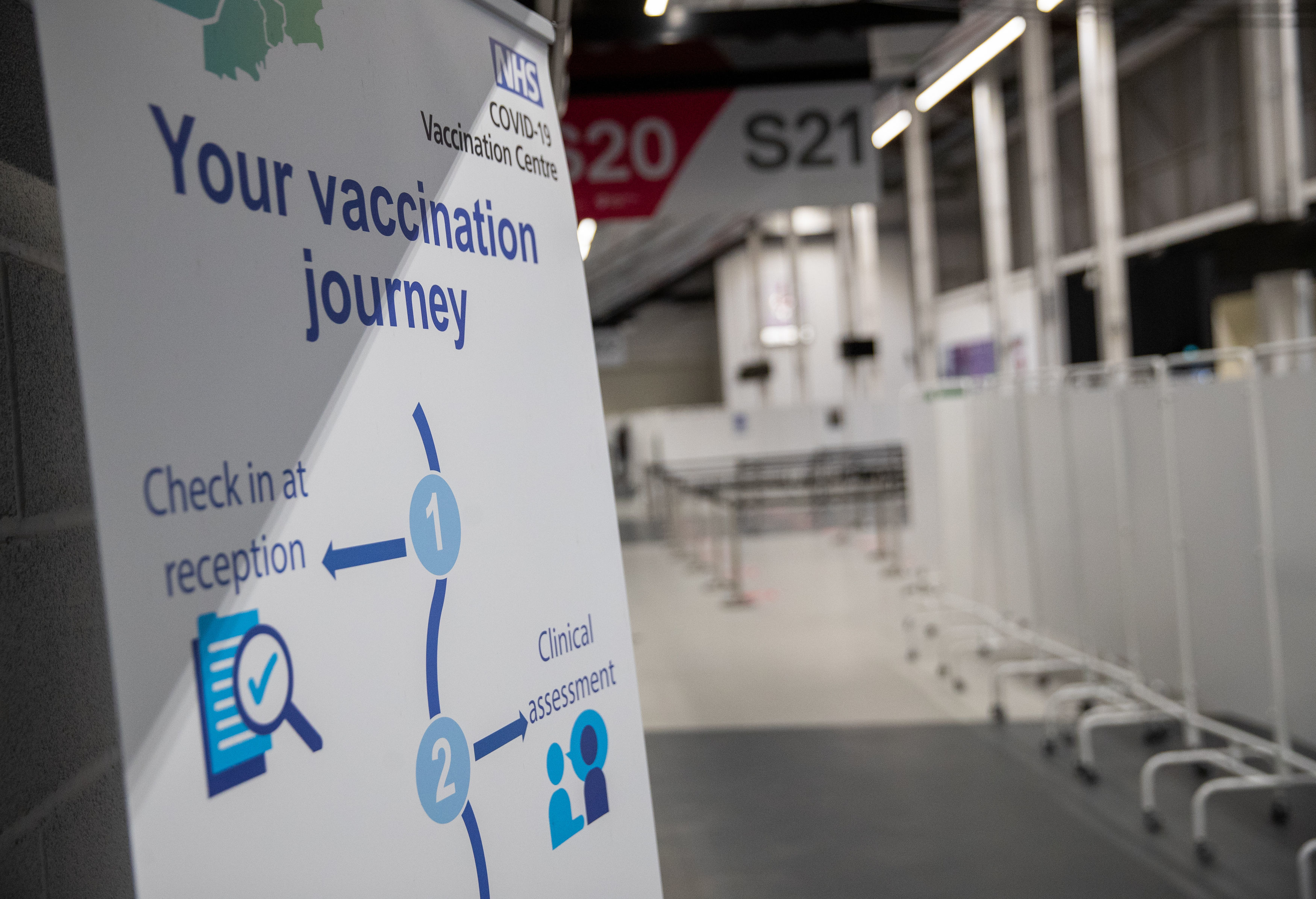 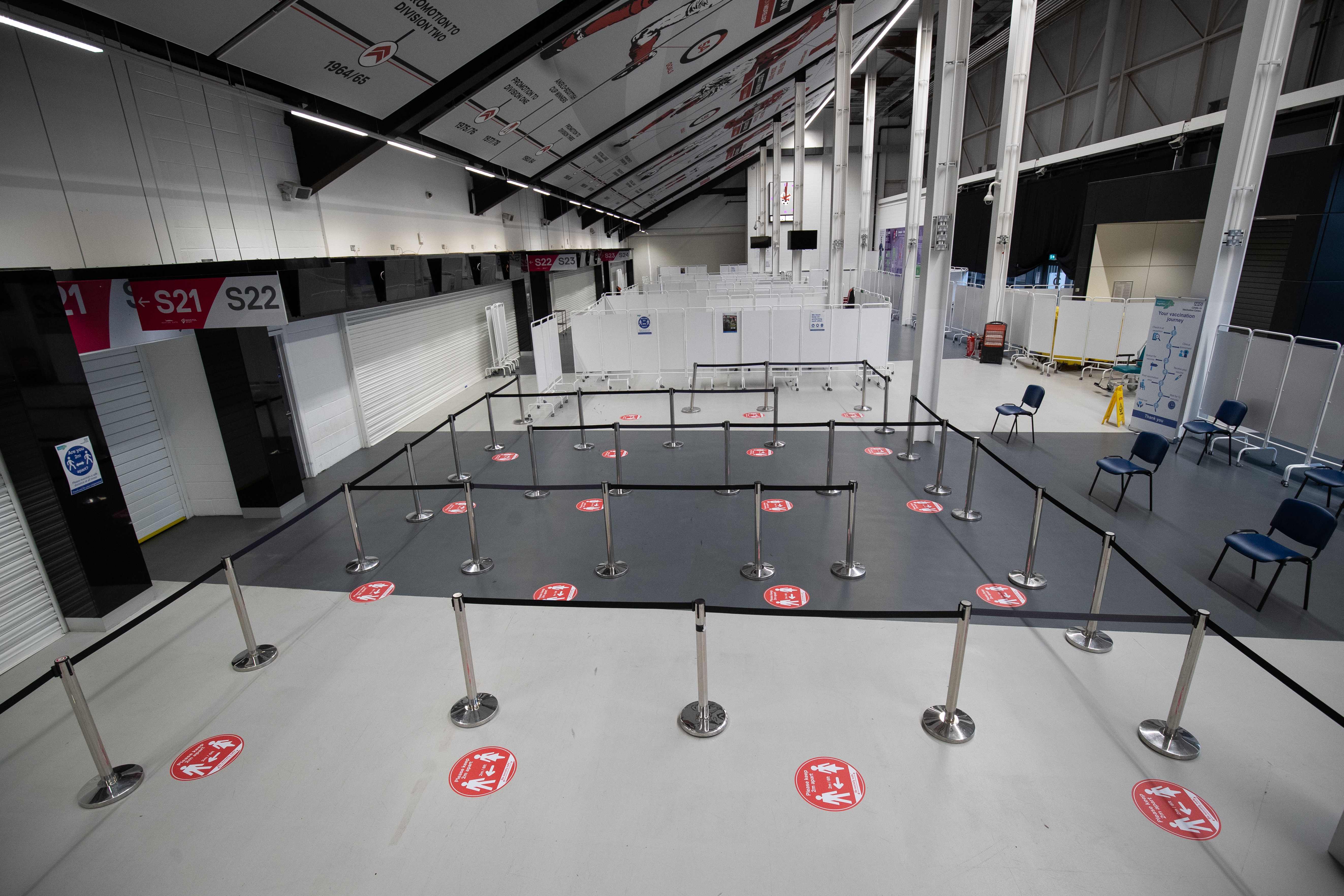 The new centre is one of seven new mass vaccination hubs and will have the capacity to jab four people every minute.

Empty chairs placed a metre apart are at the ready in the centre’s waiting room as new pics show the stadium all set to go.

Desks hidden behind screens will allow people a little privacy as they wait for the jab.

Boxes of the AstraZeneca vaccine along with all the necessary kit has been moved into the stadium before it opens on Monday morning – with hundreds of elderly Bristolians lined up to receive the jab.

The news comes as Boris Johnson admitted the vaccination plan must speed up as only one in 10 care home residents and 14% of staff have currently been vaccinated.

And as the army is drafted in to help vaccinate Britain, the PM revealed this week that seven mass Covid vaccinations centres will open next week to power efforts to jab millions of Brits by the end of February.

The hubs will be based in sports venues, conference centres and a science park in Newcastle, Manchester, Birmingham, Stevenage, Bristol, Surrey and Newham in central London. 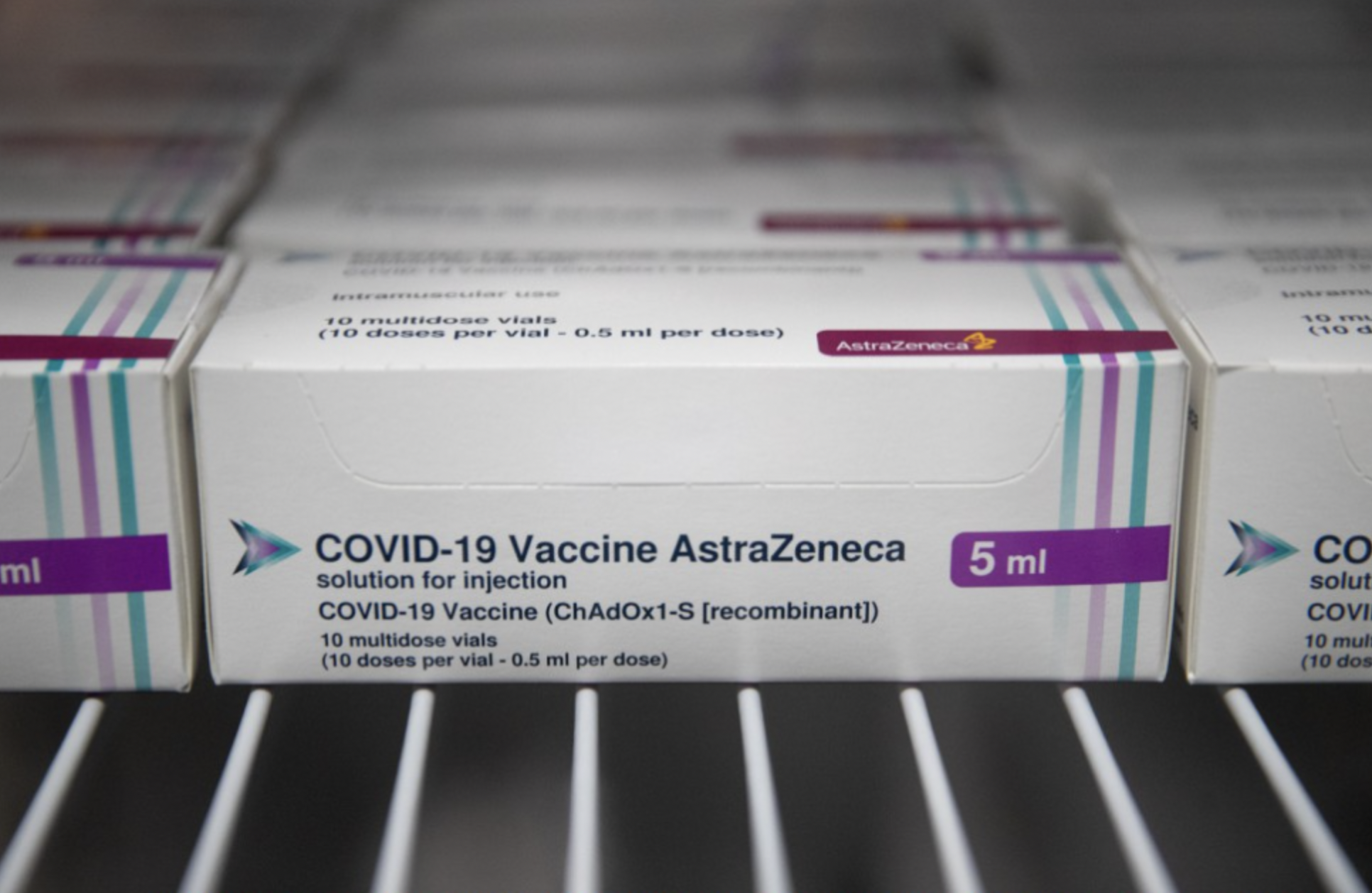 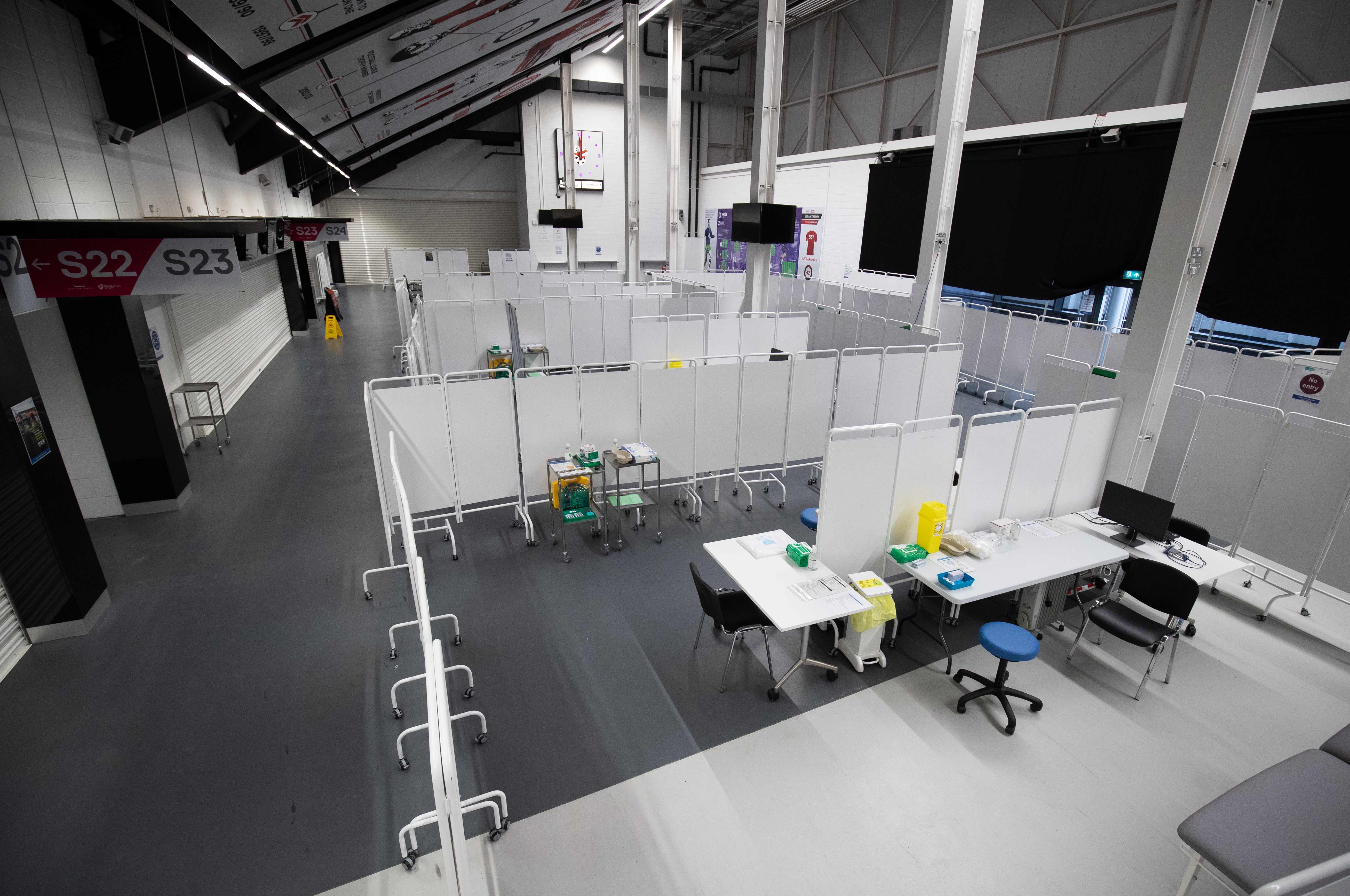 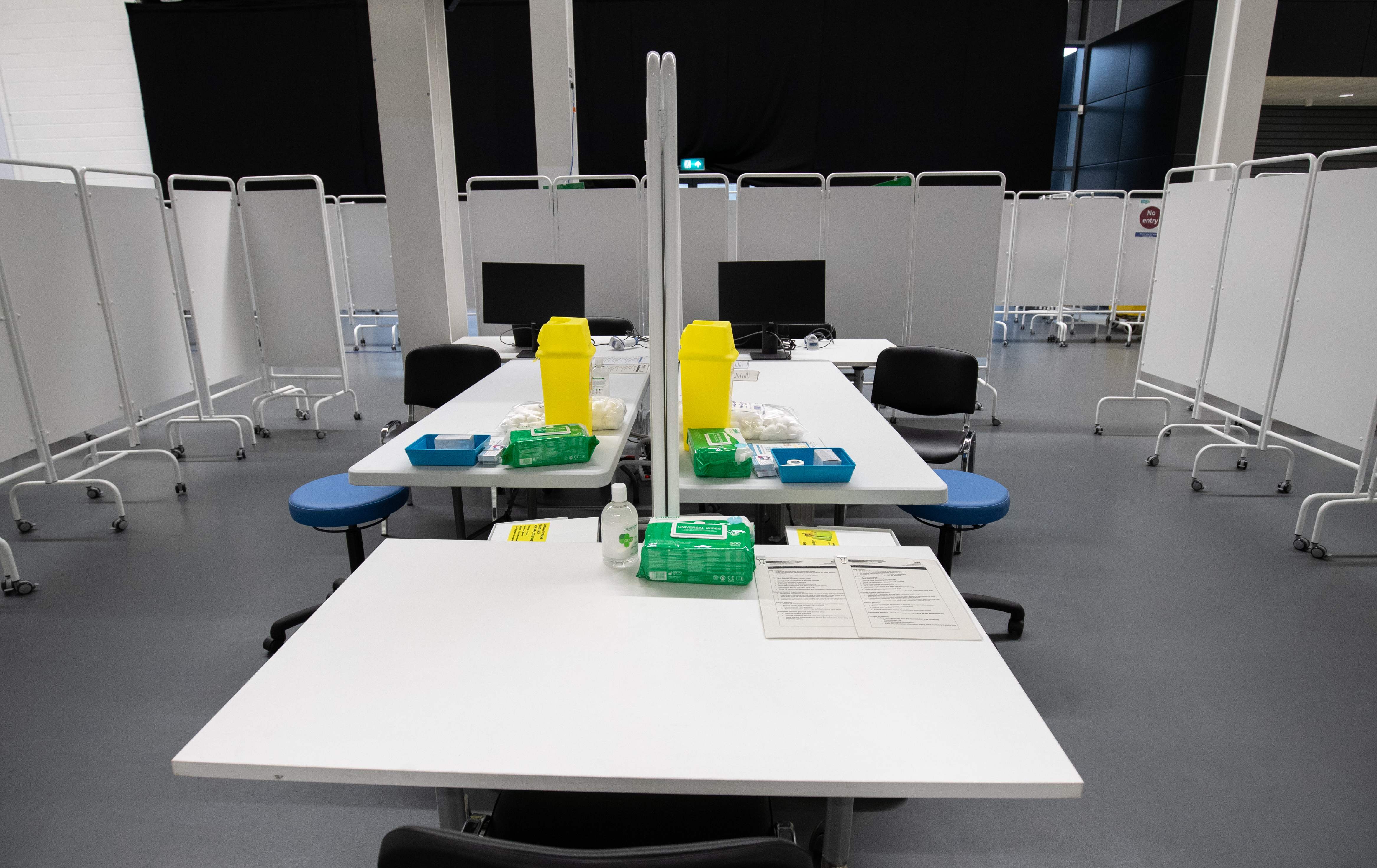 All centres will be operated by NHS staff and volunteers.

And while it’s still unclear how many vaccinations will take place at the enormous venues, they are expected to ramp up to administering tens of thousands per week.

A minimum standard for all public immunisation centres currently sits at 1,000 doses a week.

In a mammoth effort to beat the virus and end lockdown loops, Britain aims to vaccinate nearly 14million people – including the four most vulnerable groups in Britain – will be vaccinated by mid-February.

But current vaccination rates will need to rise rapidly to meet this goal.

And supermarket chain Morrisons confirmed car parks at three stores in Yeovil, Wakefield and Winsford would host drive-through vaccinations from Monday, with a further 47 offered to the Government.

High street pharmacies including Superdrug and Boots will also start to administer vaccines from next week.

The news comes as Britain’s tragic death toll from the virus surpassed 80,000 this week with daily fatalities topping 1,000 twice in a row.

An unbelievable 3million people in the UK have been infected with the deadly virus – with 59,937 testing positive in the past 24 hours.

And the R-rate of infection in the worst-affected parts of the country stands at 1.4 — far above the target of under 1.

Boris Johnson told a Downing Street press conference this week: “This is a national challenge on a scale, like nothing we’ve seen before.

“And it will require an unprecedented national effort.

“Of course, we are in a race against time.

But I can assure you that we are doing everything we can to vaccinate as many people as possible across our whole UK.”