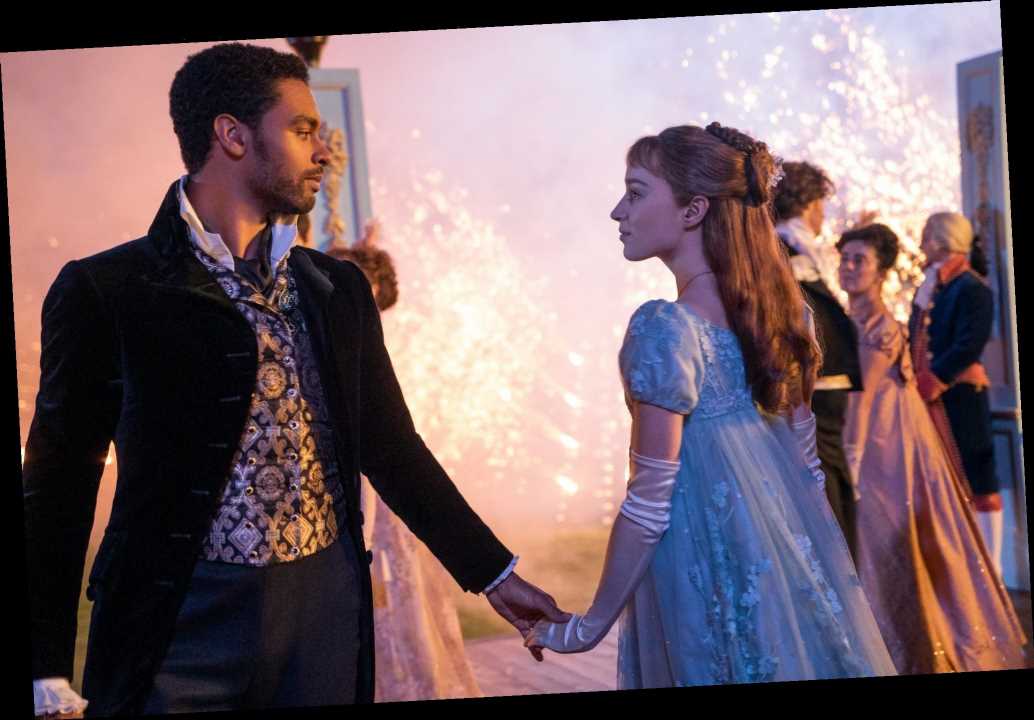 No period drama is complete without a sexually tense ball scene in which the main couple dance together whilst staring witheringly into each other’s eyes as a bunch of musicians play, IDK, Mozart. But Bridgerton is no ordinary period drama, and you might have noticed that the music sounded….familiar.

Bridgerton‘s multiple ball scenes were soundtracked by classical versions of contemporary pop songs, which is a genius way to modernize a show without sacrificing the period aesthetic. Like, I don’t know about you but I could watch Daphne and Simon twirling around to “In My Blood” for hours, and I’d like to request string quartet versions of the rest of Shawn Mendes’ music ASAP, thanks.

You can listen to Bridgerton‘s cover songs in this Spotify playlist, but I’m also going to insist we go on a song-by-song journey, sorry!

“thank u, next” by Ariana Grande

Performed by Vitamin String Quartet during the scene when Daphne ARRIVES at the ball.

This one was used in the scene where suitors hit up the Featherington home to visit Marina, and is also performed by Vitamin String Quartet.

“In My Blood” by Shawn Mendes

How to make scenes with Daphne and the Duke dancing more romantic? Play any given Shawn Mendes song.

Used during yet another ball scene, and also performed by Vitamin String Quartet!

“Love Yourself” by Sufjan Stevens

Okay, this one isn’t a cover, but it plays during Daphne and the Duke’s wedding scene and is perfect.

Otherwise known as the song that plays when Daphne and Simon have sex for the first time.

Ahem, Taylor soundtracked Daphne and Simon’s “honeymoon scenes” if you will.

That’s it for covers, but Bridgerton features multiple songs by composer Kris Bowers, which you can listen to below: