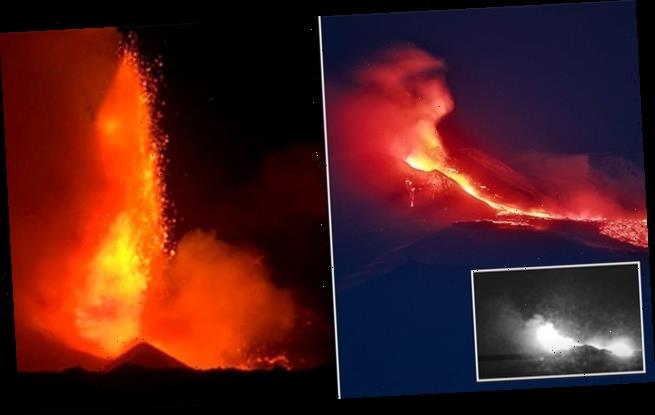 An eruption at Mount Etna sent a violent stream of lava and smoke hundreds of feet into the air above Sicily Sunday night.

The eruption lasted through Monday morning, with a dense ash plume some three miles high and lava fountains rising more than 325 feet into the air, according to the Volcanic Ash Advisory Center (VAAC) in Toulouse, France.

Etna is Europe’s largest and most active volcano, producing enough lava every year to fill a 108-story skyscraper. 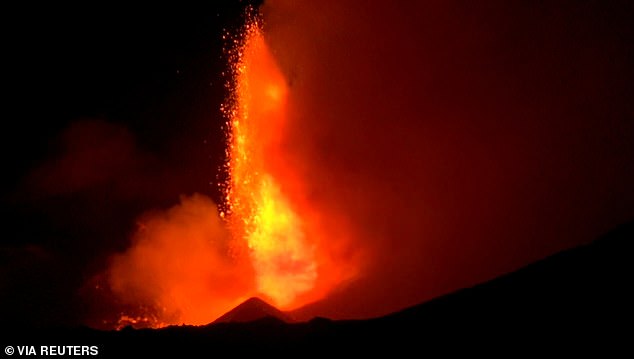 Mount Etna in Sicily began erupting Sunday evening shortly before 9:30pm, with lava rocketing more than 325 feet in the air and a dense smoke plume some three miles high

According to the VAAC, satellite images showed the eruptive episode was predominantly at the summit vent of the southeast crater complex, ‘as well as what seems to be a fissure on its southern flank, emitting the new lava flow that has reached approximately 2,700 meters elevation.’

A section of the volcano’s southeast cone fractured, according to Reuters, with lava oozing down two branches—one to the southeast passing through the Torre del Filosofo area, the other to the southwest, towards Monte Frumento Supino.

A magnitude 2.7 earthquake was recorded on the mountain before the blast, with at least 17 quakes recorded since Sunday morning.

By 3am local time Monday, the intense explosive activity at the southeast summit crater had ‘decreased significantly.’ 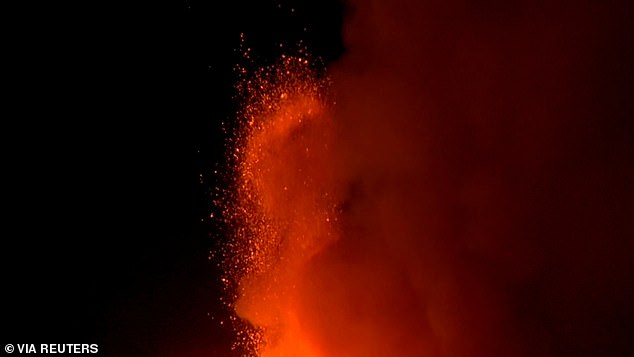 Etna is Europe’s largest and most active volcano, producing enough lava every year to fill a 108-story skyscraper. Sunday’s eruption was classified as Strombolian activity, a moderate eruption with continuous but relatively mild blasts and a shower of rocks, incandescent cinders and lava fragments 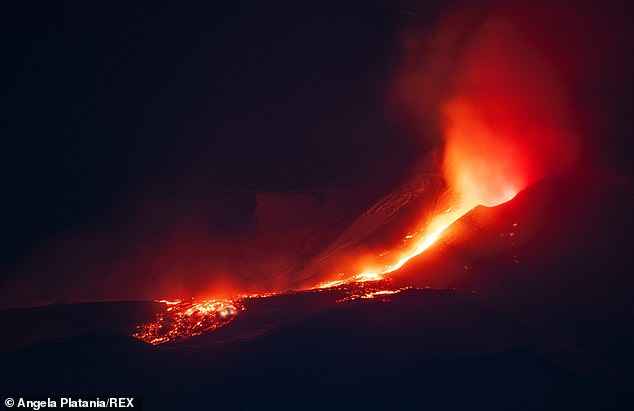 The eruption was predominantly at the summit vent of the southeast crater complex, as well as at a fissure on its southern flank 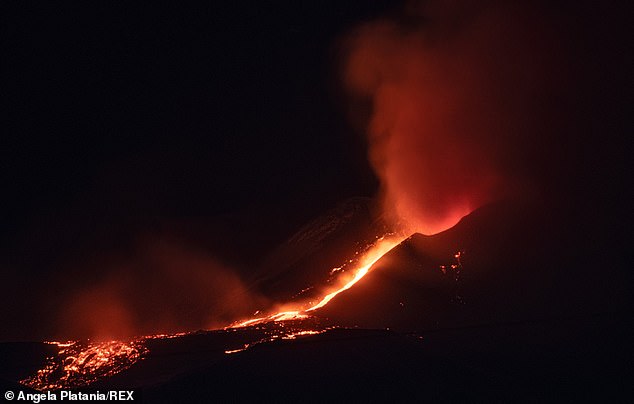 On Monday morning, workers in villages in Catania cleared black ash from cars, streets and homes.

Experts classified the eruption as Strombolian activity, a moderate eruption with continuous but relatively mild blasts and a shower of incandescent cinders, rocks and lava fragments.

The most extreme form of volcanic activity, Plinian eruptions, are characterized by explosive outbursts generating a dense mixture of gas and volcanic fragments that move at tremendous speed.

A Plinian eruption of Mount Vesuvius in 79 AD buried Pompeii and Herculaneum under a blanket of ash.

At nearly 11,000 feet tall and 24 miles wide, Etna is the largest volcano in Europe.

The 700,000-year-old volcano is also the second most active on Earth, after Hawaii’s Mount Kilauea.

Situated between the African and Eurasian tectonic plates, it generates nearly constant eruptions of varying degrees. 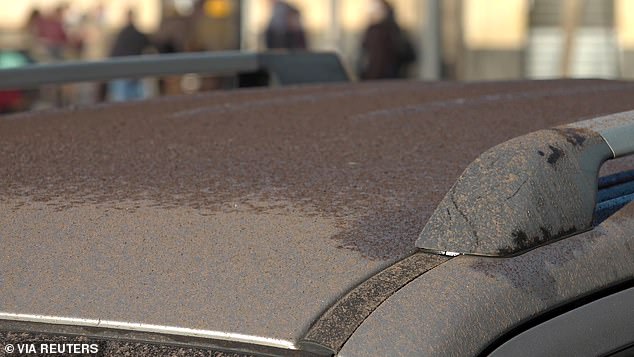 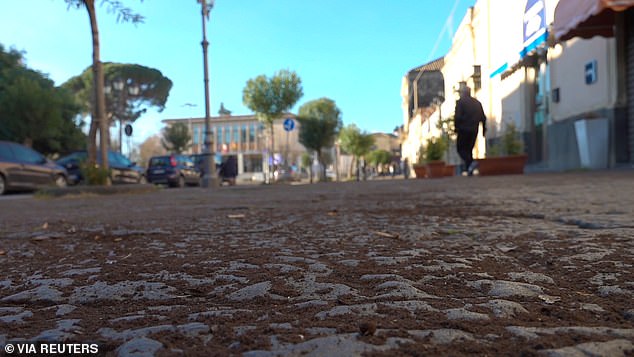 It’s most severe recent eruption occurred in March of 2017, when nearly a dozen people were injured.

But eruptions have been recorded as far back as 1500 BC, with a devastating eruption in 1169 causing an earthquake that killed an estimated 15,000 people.

In 1992, lava streaming down its slope threatened Zafferana, a town of 7,000, in what’s thought to be the most voluminous flank eruption in 300 years.

What is Mount Etna? 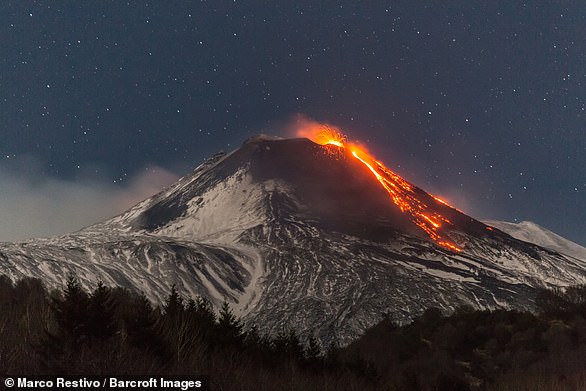 At 10,926 feet, Etna is the highest volcano in mainland Europe and one of the most active in the world.

The 700,000-year-old volcano is a massive 24 miles wide and is virtually active constantly.

It produces around 7.7 million tons of carbon dioxide, water and sulphur dioxide every year.

The last time Etna posed a serious threat to villages on its slopes was in 1992, when lava streams headed towards Zafferana, a town of 7,000 people.

In a spectacular operation, Italian and US soldiers used controlled explosions to divert the flow.