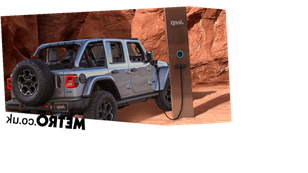 Over the course of the weekend, a fourth mysterious monolith appeared on the Isle of Wight, following similar sightings in Utah, Romania and California.

And while we don’t yet know who – or what – has caused the monoliths to start cropping up around the world, the memes are excellent.

Global brands like McDonald’s, Amazon and Jeep have all jumped on the bandwagon and posted some amusing explanations for the sudden appearance of the alien monoliths.

Prevailing wisdom is that the monoliths are some kind of art project with a fondness for the Stanley Kubrick film 2001: A Space Odyssey.

But until a serious explanation presents itself, we’re just going to sit back and admire some of these suggestions.