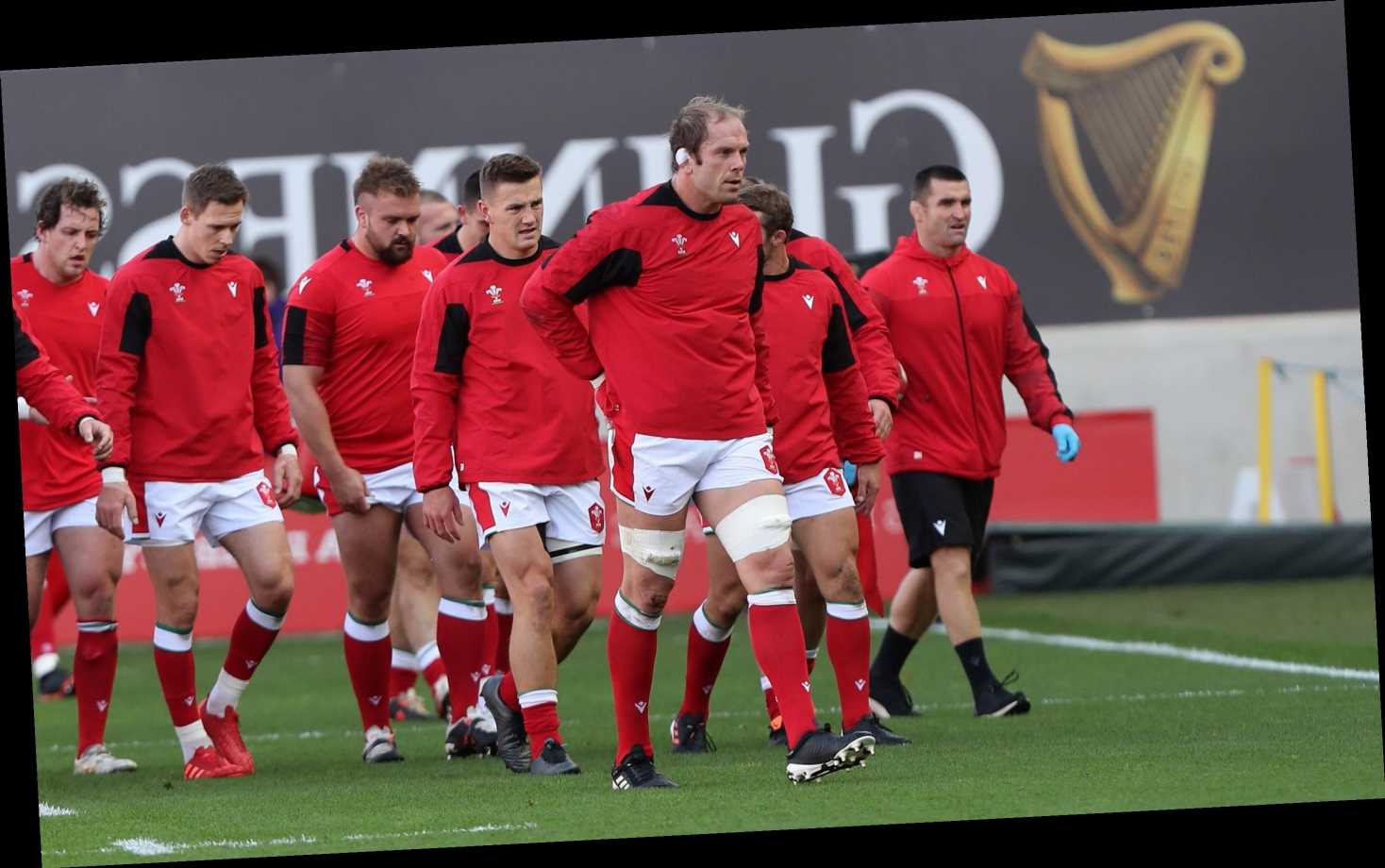 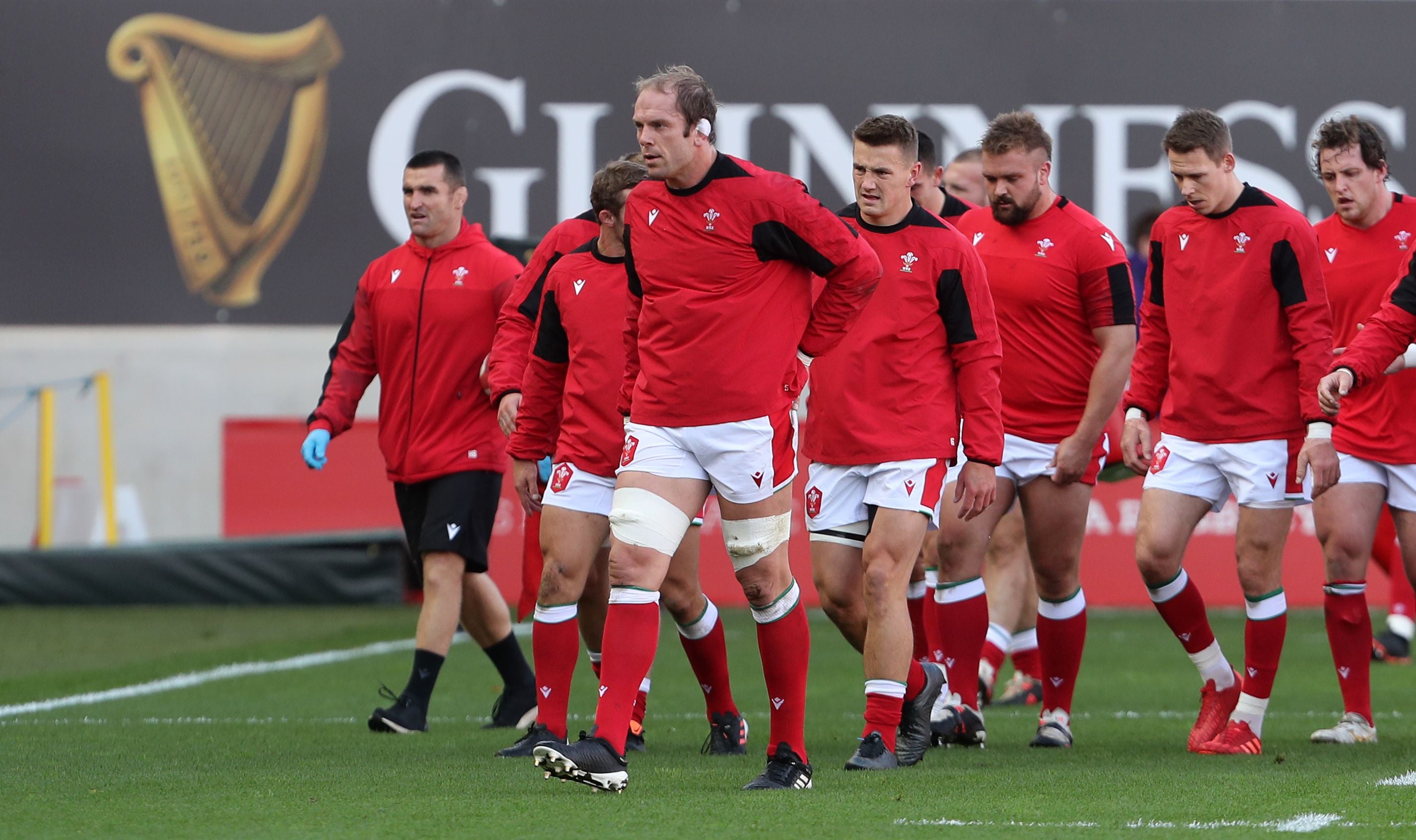 Follow the latest updates live form the final Autumn Nations Cup match of the day as Wales and Italy look to end what has been a difficult year on a high in the fifth-place play-off.

Wales have clinched just two of their eight games in 2020 in what has been an alarming slump in form since reaching the Rugby World Cup semi-finals last November, making life hard for head coach Wayne Pivac. A defeat today would spell disaster for his reign that showed signs of life last weekend against England, but at least they can take confidence from beating Italy earlier in the year.

Italy’s record this year actually reads worse than Wales’s, given the only game they have ‘won’ this year was the walkover victory handed to them after Fiji were forced to forfeit the match last month. Follow the live updates below.

Here’s how the teams line up taking into account that change:

So onto our final game of the day, where we have some early team news to bring you.

Wales have been forced into a change in the back line after Johnny Williams suffered a calf injury during yesterday’s captain’s run, meaning that a fit-again Jonathan Davies returns to the side in the No 12 shirt. It’s a blow that costs Wales one of their form players of the autumn, but in calling up a two-time Lions centre in his place, they won’t be too concerned.

It’s a deserved victory for Ireland in the end, with two Keith Earls scores sandwiching Cian Healy’s close-range effort to see off an ill-disciplined Scottish performance and clinch third place in the Autumn Nations Cup behind the two finalists.

Scotland at least didn’t wilt from the fight, with Duhan van der Merwe’s try lighting up the Aviva Stadium with a brilliant solo score, but too often they shot themselves in the foot by conceding a string of penalties.

We’ve still got one more match to bring you today as preparations are only just under way in Llanelli where Wales host Italy in the fifth-place play-off.

Ireland want to finish with a flourish and have a penalty advantage to boot, which they will take for offside. Gibson-Park, who has come on for the final 40 seconds, wants to go quick, but they decide against it and take the victory instead.

Ireland see a lineout go against them when Murray commits a small bit of foul play, giving Scotland a needless penalty that they tap and go. However, they can’t convert the chance and Ireland win back possession.

Byrne’s second effort is successful and the lead is out to 15.

O’Mahony goes for the line with a penalty advantage … and he looks to be in! Nope, the assistant referee has his flag up and says he has a foot in touch, and it’s the slimmest of margins that shows he’s got his foot just on the line. They come back for the penalty though for a no-arms tackle, and Byrne will go for goal to wind the clock down as stand-in captain Ryan heads off for an HIA.

Ireland get a big shove on in the scrum and draw the penalty out of the Scottish pack, which Byrne sends to touch inside the 22. A chance here to put the result beyond doubt, and they secure another penalty with Zander Fagerson not rolling away again.

Scotland try to maul a lineout forward but Ireland get on the ball and win the scrum put-in, and a brief flare up sees O’Mahony exchange words with replacement Blair Cowan that looks like it has a bit of niggle carried over.

He makes no mistake with his first effort at goal and the lead increases to 12.