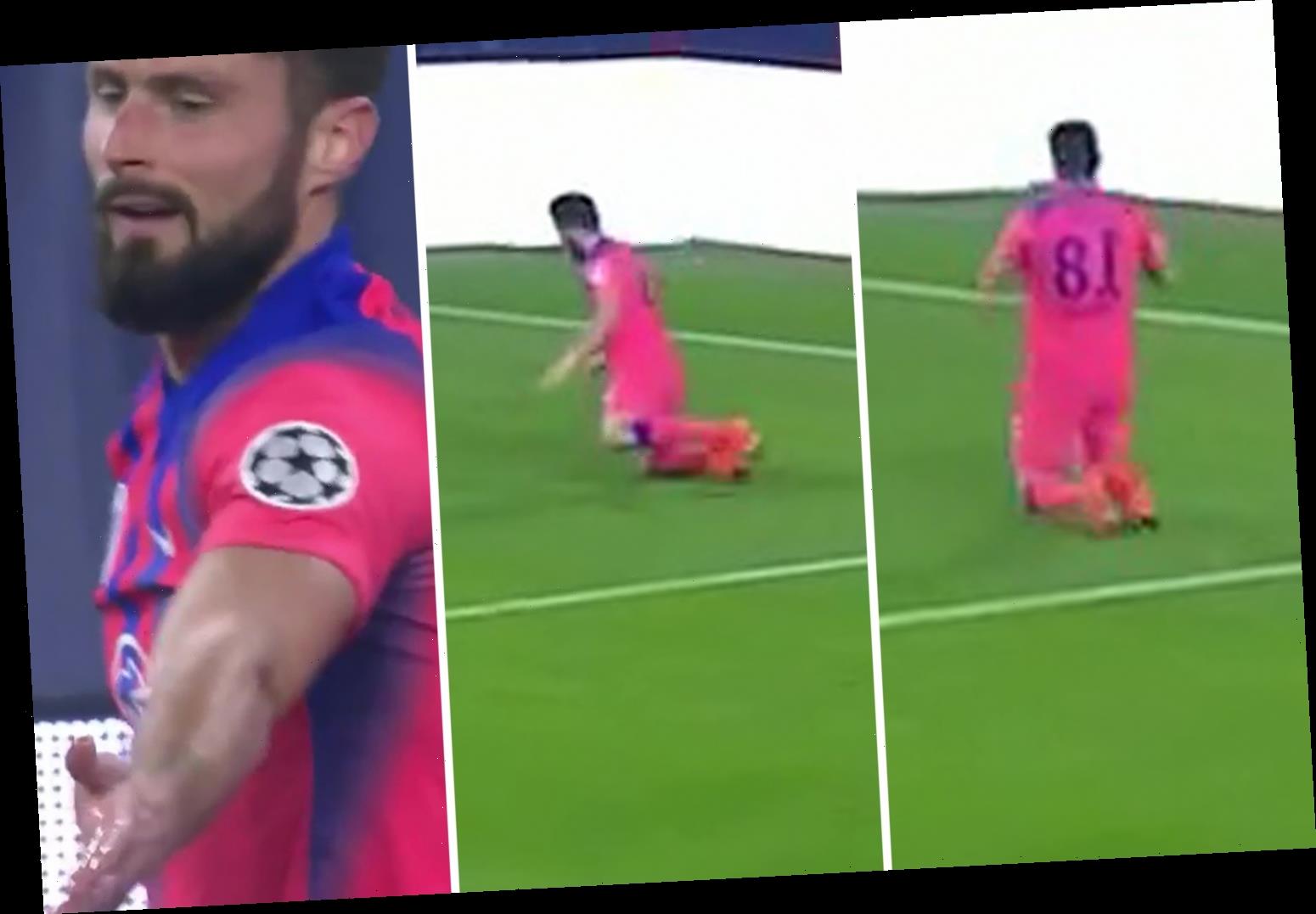 OLIVIER GIROUD was left red-faced after bungling a dramatic knee-slide celebration against Sevilla.

It was the only moment the Chelsea striker fluffed on Wednesday night as he racked up four goals in the convincing win.

Frank Lampard handed the Frenchman a rare start in the Champions League trip to Spain, which would decide who would top Group E.

And his faith was immediately repaid with a delightful turn and finish on seven minutes.

After the break, Giroud popped up with a headed second.

The 34-year-old's triumphant celebration was met with a rather stodgy piece of the Estadio Ramon Sanchez Pizjuan turf, however.

Giroud got up and gave the ground an accusatory finger point while teammates joined him in celebration. 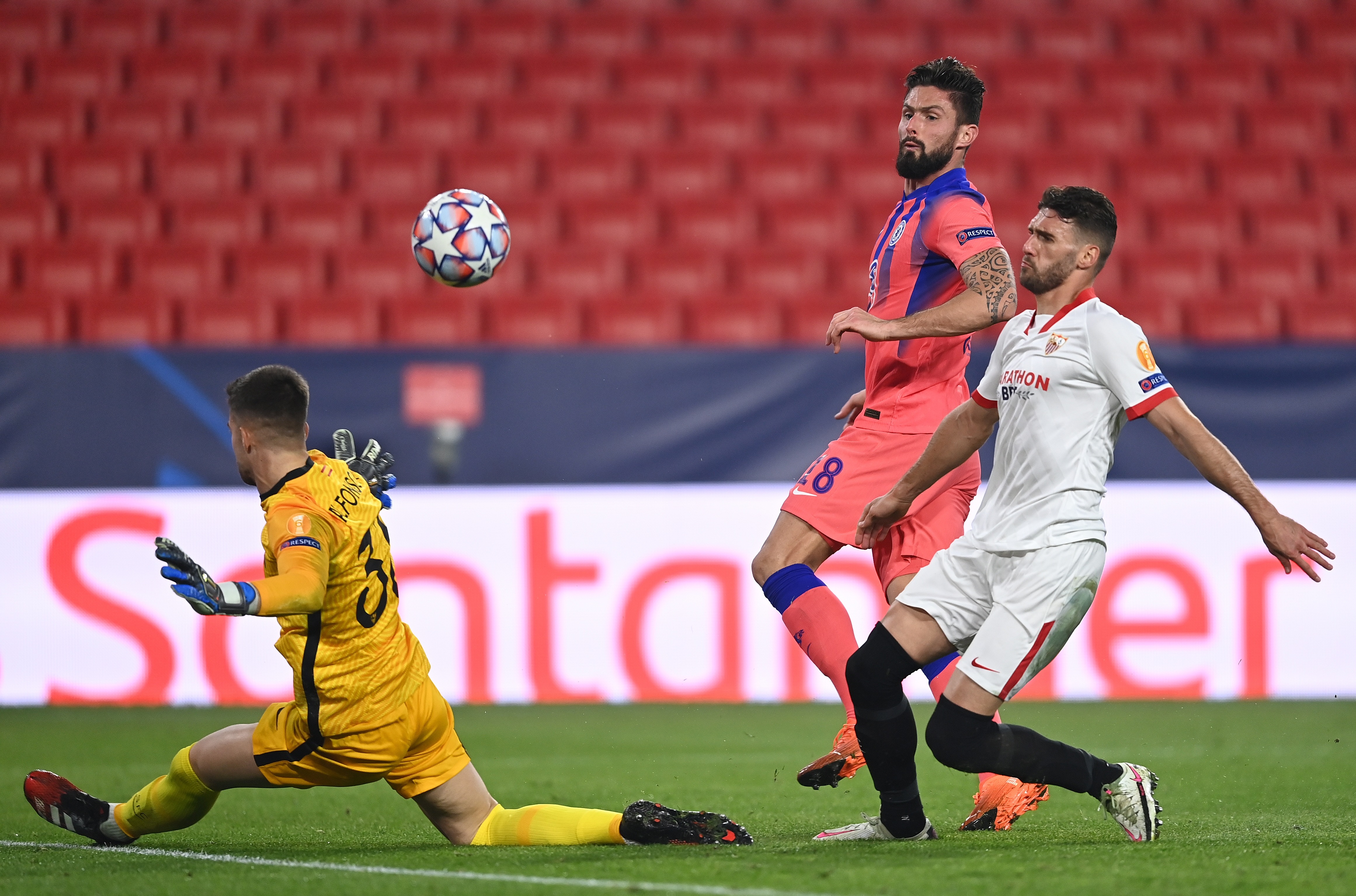 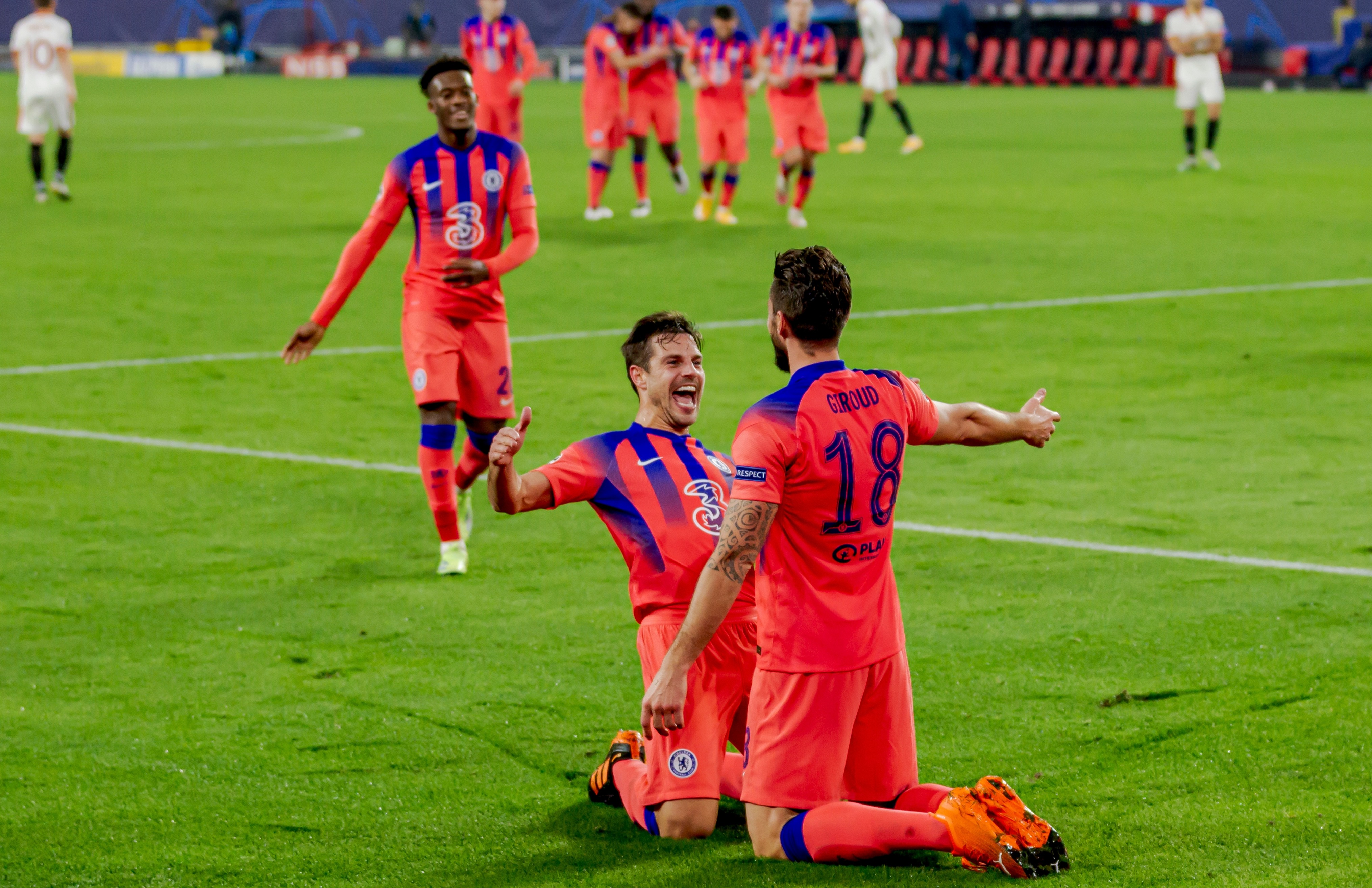 Naturally, the striker shrugged off the incident with a smile and was able to laugh at himself while he embraced Cesar Azpilicueta.

He wasn't done there, meeting an N'Golo Kante cross from a second header before completing the four-goal performance from the penalty spot.

It continued Giroud's excellent form for Chelsea in European competitions.

While neither Lampard nor predecessor Maurizio Sarri have given him many opportunities in the league, he has shown his class in the cups.

In the last three seasons, only Robert Lewandowski and Lionel Messi have scored more goals in European matches than Giroud.

Wednesday night's effort brought his tally up to 16 goals in 21 appearances.

Erling Haaland is level with the veteran with Romelu Lukaku a goal behind.

After the win, Chelsea boss Lampard hailed his striker's continued form whenever he is called upon.

He said: "Olivier is reliable, full stop. Not just for us but his international goals for France.

"He's up there with great French individuals, he's got great statistics. I'm not too bothered about that in a way but I am bothered about what he gives us on the pitch.

"There couldn't be a team-mate there that the players are happier for because of the way Olivier is around the training pitch and in the games."